No Ride Is Ever The Last 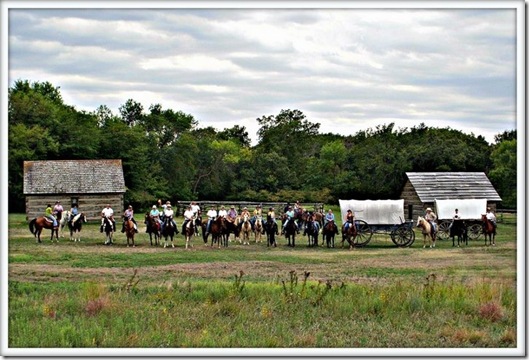 This past weekend friends of Renee Flanagan met at Rock Creek Station and rode in her memory to support the scholarship founded in her name.  We lost Renee quite unexpectedly this past winter after a brief illness.  It was nice to come together with the friends who knew her and the family who loved her and ride for her. 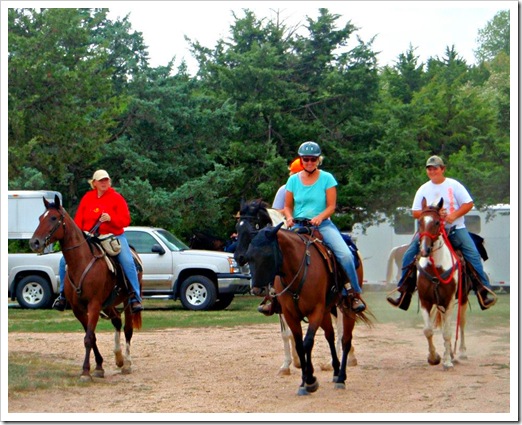 As part of the ride, I volunteered to put together a Rock Creek Station Trivia & Scavenger Hunt for riders to find along the trail.  In addition, we placed golden horseshoes along the trail; each with one word.  Riders were to find all the horseshoes and unscramble the message which said simply, “No Ride Is Ever The Last”.  I thought it fitting. 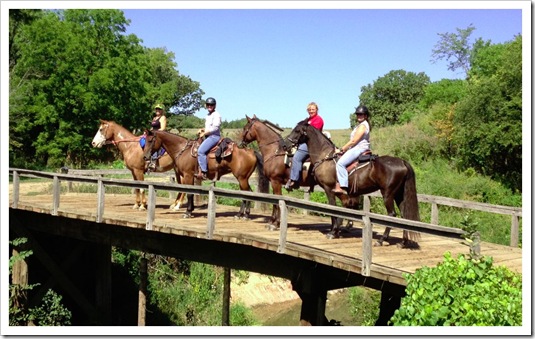 There were about 28 riders, many of those in the Horsetales bunch as well as Distance Derby riders.  As Renee would have wanted, there was lots of laughter and fast horses. 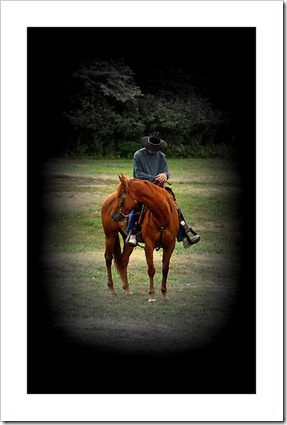 (Photo of John by Karen Johnson)

Many of these pictures were taken by Karen Johnson.  She does an awesome job not only setting up a picture but using Picasso for presentation.  She took several candid shots of John.  About the time we pulled into Rock Creek Station, it dawned on John that had forgotten his boots and only had what he was wearing in the truck; his canvas deck shoes. 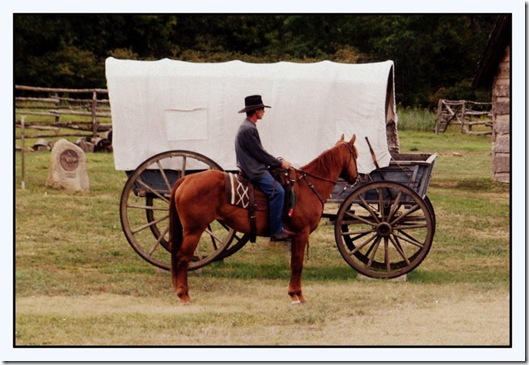 (Photo of John by Karen Johnson)

Karen was kind enough to Photoshop his feet in the above picture so his white shoes were not sticking out like a sore thumb (toe?)   Isn’t Fancy pretty?  She always sets herself up so nice and Karen captured it perfectly. 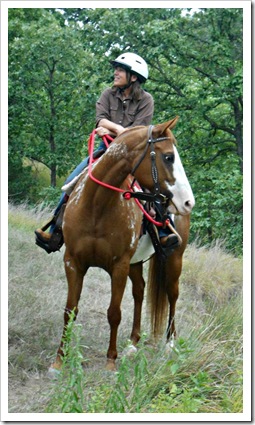 The ride ended with a potluck dinner shared by the riders.  We all remembered Renee in our own way.  Hearts were heavy but smiles prevailed.

Karen posted the following collage on Facebook with her thoughts.  I hope she doesn’t mind that I share it with all of you.  The “Someday” reference was the name of Renee’s farm. 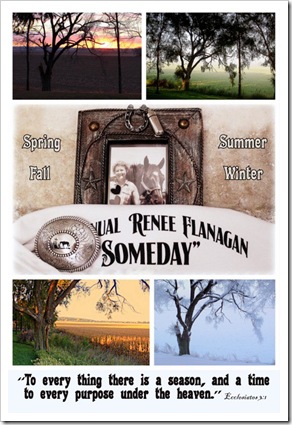 “This collage has a very special meaning to me. The picture on the upper right was taken yesterday 08-20-12 in celebration of Renee's earthly birthday. The picture of the bottom right was taken on 12-10-11. A solemn silent moment that every rider knows, when time stops on a heartbeat like the earth itself is froze... Renee's heavenly birthday was absolutely breathtaking!!!” ~Karen

I’m going to miss you, my friend……