Wyoming–The Time of My Life 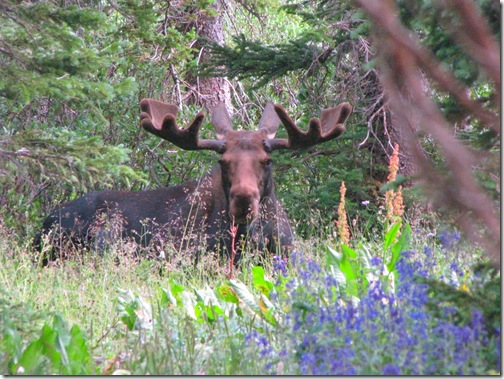 Earlier in the week we made a side trip over to Centennial.  We were scouting out areas that we could perhaps ride in the Snowy Mountain Range.  We stopped at a mercantile for directions and another customer mentioned he saw three bull moose near the road up the way.  We headed up the mountain and were surprised to find them.  I don’t know how close you should or shouldn’t get to a moose; thankfully I had my good camera with me and could zoom in for a close-up shot. 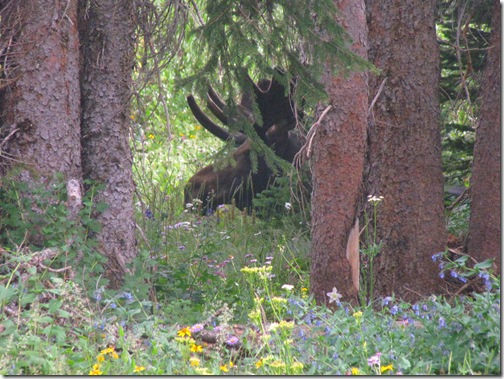 I heard they don’t see too well.  They didn’t pay us a lot of mind as we oohed and awed.  Aren’t they just majestic?  They are not native to Nebraska so this was quite a treat for us. 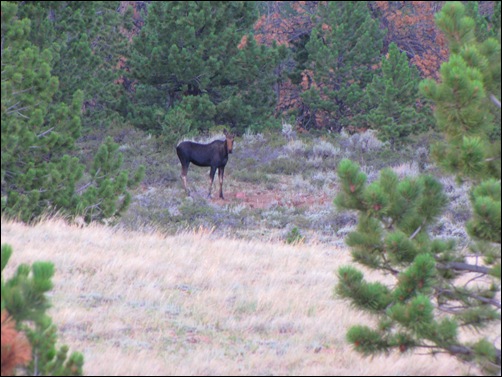 When we returned to our campground late that afternoon, we saw this moose cow (Cow moose? Female moose?  Not sure of the correct term) along the way.  She was standing alone but we wondered if she didn’t have a calf nearby. 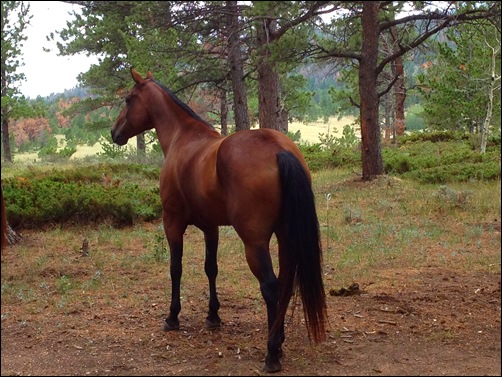 The road going into Medicine Bow (Blair-Wallis camp area) is horrendous.  It is nothing but a washboard that you neither want to drive braless or with a drink in your hand.  We had been up and down it several times in the last week and I wasn’t looking forward to one last time.  So rather than following it the three miles back into the forest where we were originally camped, we stopped at the first campsite right under the mountain.  It was just off the road and in the trees and looked like easy access to some trails we hadn’t tried yet.  And it was close to this mama-moose siting.  Perhaps we could flush her out again.  Windy could hear horses from the nearby camp in the distance.  I think she was sure our friend’s horses were out yonder somewhere. 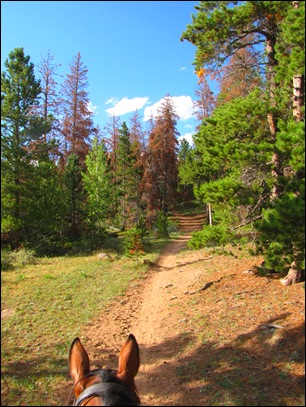 John and I saddled up for a late afternoon/evening ride.  We followed the trail back to the north and before long, found ourselves winding very gradually up the mountain. 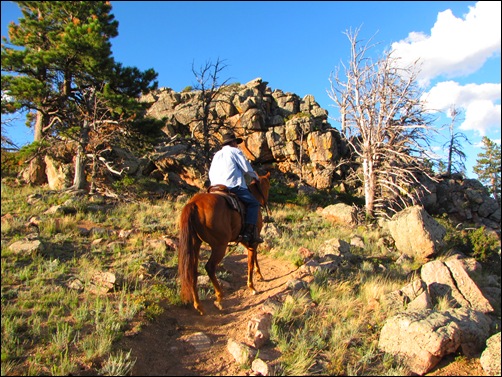 Once again, I found myself yearning for a map.  The GPS showed we were climbing quite significantly – to almost 9,000 feet. 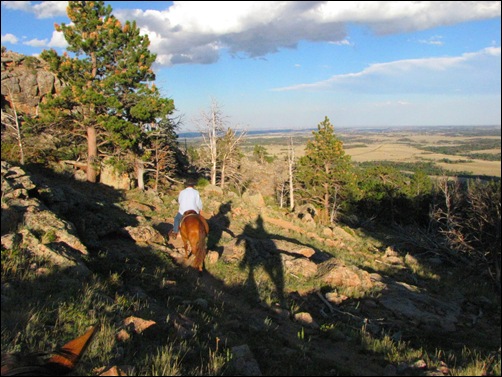 Would there be a trail to take us down and would it bring us down on the right side of the mountain? 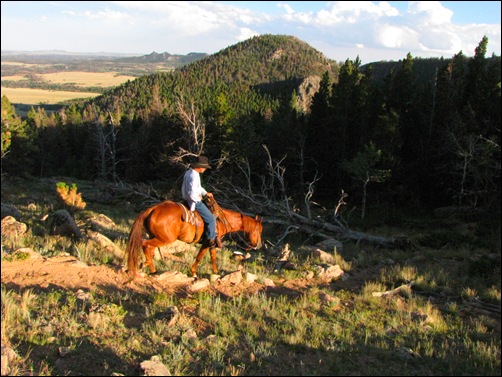 The trail kept winding along.  Putting on my trail advocate hat, I couldn’t help but notice that the rocks had been strategically placed to help prevent erosion. 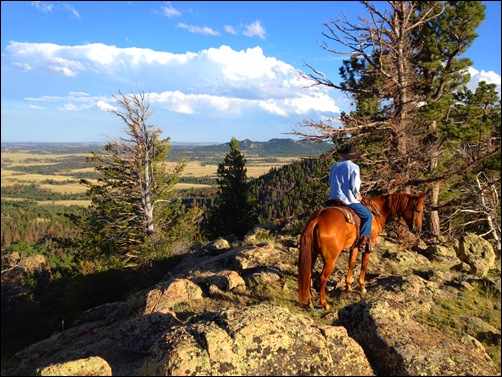 I couldn’t stop snapping pictures.  I would put away my good camera and then pull out my iPhone because we rounded another corner with a view to die for. 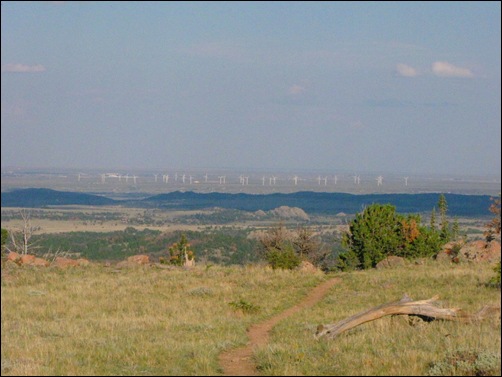 I could see the wind turbines on the highway west of Cheyenne from the top of this mountain. 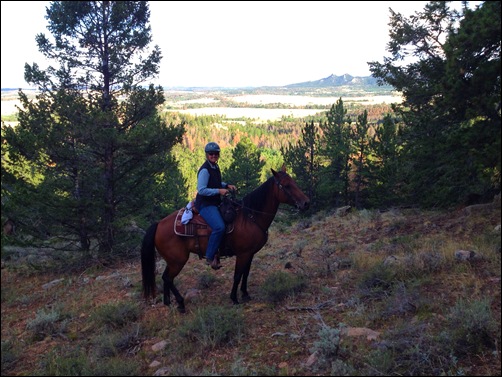 John even managed to take a shot of Windy and me.  I believe that is the Twin Mountains behind me.  You might recall I mentioned them in an earlier post. 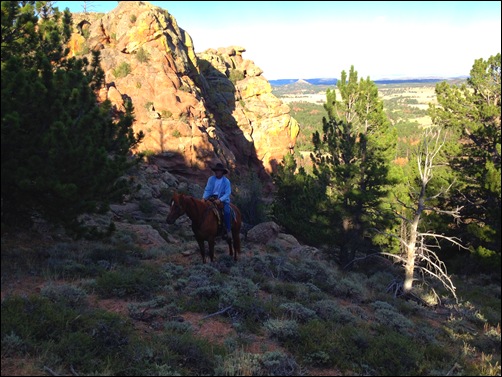 As you can tell from this photo, the sun was starting to set.  Although we wanted so very badly to find out what was on the other side of the mountain, we didn’t want to be lost after dark.  So we followed the same path we went up for our descent.  I made note on my GPS tracks that this was my favorite trail of the trip and it was.  As I am typing this tonight, Case has music playing rather loudly.  The song that just played was “This is the Time of My Life”.  And it was.