It's Wednesday and Day 3 of Pre-Cowgirl Weekend, a new tradition started last year to expand our Cowgirl Weekend holiday.  Kathy, Sharron and I left early Monday morning for Clinton Lake near Lawrence, Kansas. 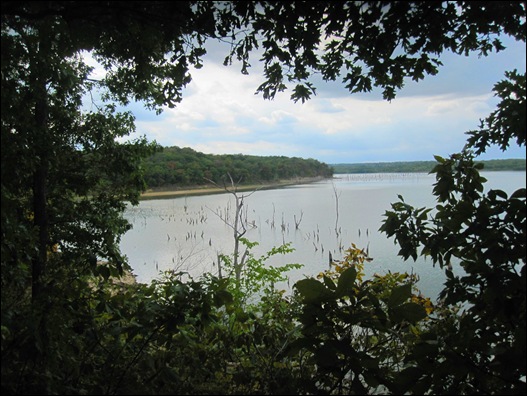 We were in the neighborhood of Clinton Lake on Pre-CGW last year and I'm not sure why I didn't include it in our "trail tasting" journey last year, but from the two day taste we have gotten so far, it is a fabulous place to ride.  We had a little difficulty finding it; the signage from the city stops at the state park proper and there is no signs to the horse camp until you make the last turn.  What's worse is the roads change names and you are not sure you are on the right one.  After the 3rd stop to consult the map, a call to the park office and asking Siri on my iPhone (which I should have started there!), we found the Rockhaven Equestrian camp.  It was well worth the four hour plus lost time drive.  We decided we haven't heard anything about the trails here because no one can find it! 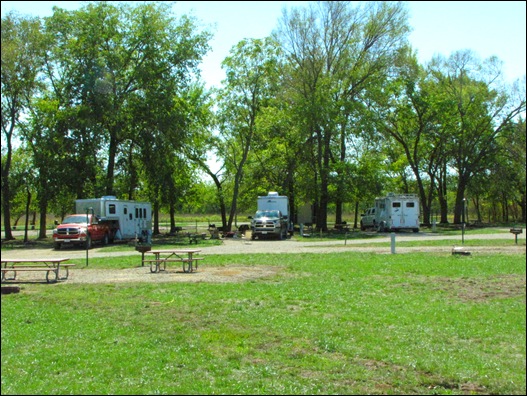 It was sunny and a little humid when we pulled into our camping spots.  The horse camp offers 18 electrical hookup spots for $12 per night and probably four times that many non-electrical spots.  There are approximately 12 corrals scattered throughout the campground and tying posts at every spot, too.  It is a very nice campground and limited to equestrians only.  It is not in the Kansas State Park system but managed by the Corp. of Engineers, so a Kansas park permit is not necessary. 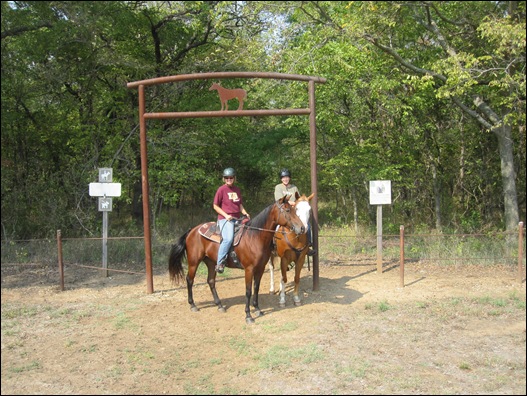 The trail system consists of about fifty miles of trail and are open to both hikers and bikers, although we have seen no other trail users.  They run east to west along the south shoreline of Clinton Lake and are nicely marked.  The trail map says the upper blue level is more rocky with steeper hills.  The middle yellow level have fewer rocks and the lower orange trail has the least amount of rocks and more level terrain. 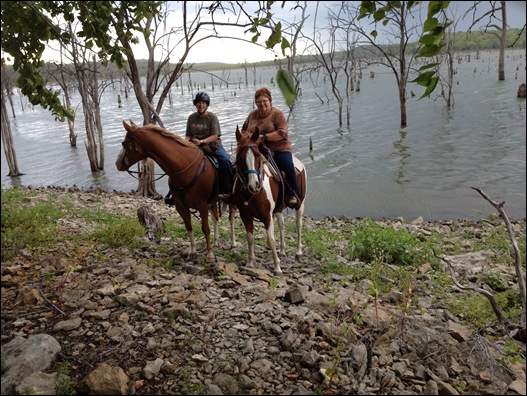 We took a late afternoon ride on Monday following the orange trail to the east.  It is wooden but nicely groomed with great views of the lake.  We quickly decided that with the exception of Kanopolis - which is entirely different terrain - it is probably one of the nicest trail areas we have been in Kansas and pretty surprised I didn't see more about it on the Kansas trail riders Facebook page. 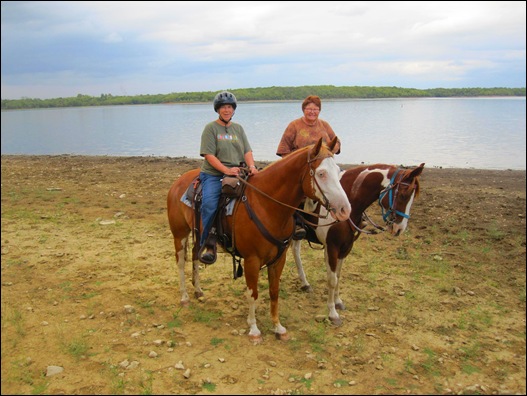 We made it about four miles out when we started to hear rumblings from the sky.  Surprised that none of us checked the weather before we left, I pulled out the iPhone and sure enough, there was a big bank of clouds building behind us.  Before we could make it back to camp, it started to rain.  There was only one slicker between the three of us and it wasn't mine.  I am not one of those romantics who like being caught in the rain.  Its cold and wet and miserable and I couldn't wait to get back.