And Then There Was One


In my last post, I mentioned that we put our old springer, Maddie, down this week.  I knew the time was coming and was somewhat prepared.  Knowing what is right still doesn’t make it easy.  I don’t second guess the decision and I do feel blessed that we can let them go peacefully and without endless suffering.  The loss was felt because she was in our life for so long, but admittedly, it was not the blow that I felt when we lost Ginger unexpectedly last year.  There is something to be said about planning the end.  It is not only easier for our pets but for those who loved them. 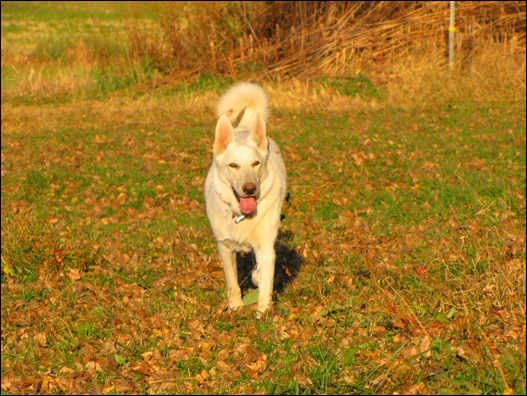 I just didn’t expect to have to make that choice again so quickly and without preparation.  Let me back up a bit…


In September, the last weekend of Cowgirl Weekend,  my son Case called me and said that Ritz, our white German Shepard, was acting strange when he got home that night and ran off into the night.  He couldn’t find him anywhere.  Neutered, he wasn’t hearing the call of the wild.  He was current on vaccinations but most importantly, Ritz doesn’t leave home.  He takes guarding our farm very seriously.  He is one of the most obedient dogs I have had.  He just doesn't leave home.  This past August when I was gone once again, Case had called me and said the dog had a seizure of some sort but had snapped out of it.   I had a dog in the past who suffered from an occasional epileptic seizure and thought perhaps that was what happened to Ritz.  It crossed my mind that he could have had another one and being somewhat disorientated, ran off.


It was several days after I got home that we found him.  At first when I would go to look for him, I thought I was searching for a body. Then we had sightings of him from neighbors so we knew he was alive.  But why wouldn't he come home?  Once, Case and I got within feet of him, but he wouldn’t let us catch him and ran off into the night.  This is my most obedient and loyal dog?  He doesn't run from me!  After five days missing, he came home.  No sign of any problems at all.  I didn’t take him to the vet because there was nothing to be probed.  He was 100% fine; back to normal.  Plus, his personality does not make vet visits easy for him, me or the vet.


Last night I woke up to a ruckus.  Ritz was in full seizure and it was a bad one.  When he finally came out of it, his eyes were vacant and he growled at me.  He did not recognize me any more.


In the morning, he was no better, not recognizing John and nipping at him when he tried to approach.  I called my vet and we talked briefly.  Ritz can be an aggressive to strangers; having him not recognize his own posed a whole new risk.  Case and I carefully got a leash on him and loaded him into the horse trailer and drove the short trip to the vet.  While there, he had another seizure.   Case and I asked that he be put to sleep.  I honestly don’t know what was worse?  Losing this dog or watching my son experience the same grief I felt a year ago with the loss of Ginger? 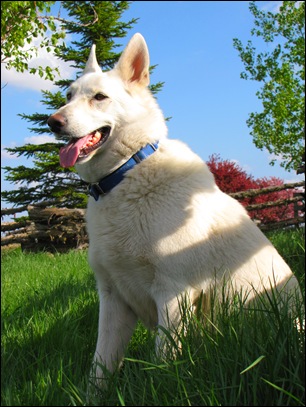 What happened?  Without a CT scan, we won’t ever know for sure.  Seeing the seizure, my vet did not believe it was an epileptic seizure.  A tumor perhaps?  Some unknown pressure on the brain?   A real shame and a loss, for sure. 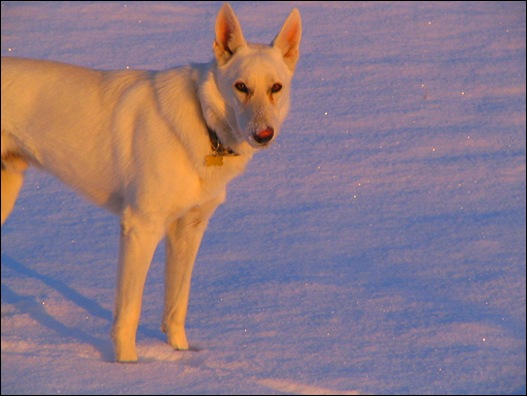 Ritz was the prettiest dog in the world.  Stunning.  And smart!  He was so intuitive to my every move.  He was all business all the time until I asked him to hop on the bed.  Then he rolled and cuddled and played.  He was my riding buddy; easily doing a ten mile loop with Windy and me.  There was no dog happier than when he heard my spurs; sometimes I would have to tie him up while I tacked the horse because he was so giddy with excitement he wouldn’t stop moving or trying to herd me or the horse to hurry us up. 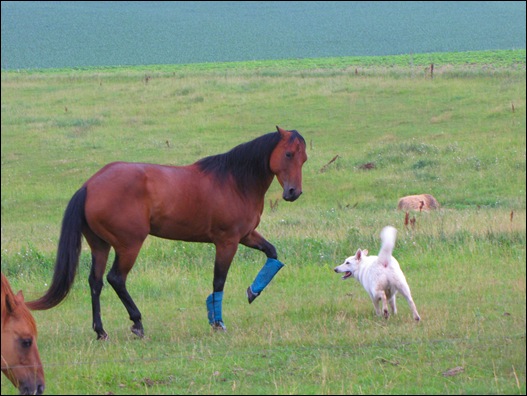 He knew when I went to ride, that it was Windy who I would fetch.  He would run to her first in the pasture and try to herd her toward the barn.    Some of my favorite pictures are of Ritz and Windy playing in the pasture.  I am sure she will miss him, too.  I’d watch her watching him as we went down the road.  Did she muster up her confidence by having him in the lead? 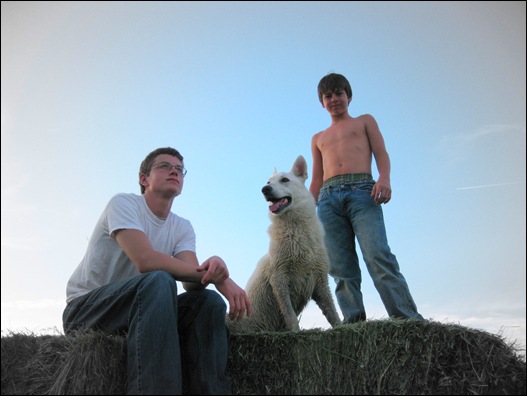 And besides being my riding buddy, he was a boy’s dog.  About five years ago, Case and I found him online and figured he would come home with us long before we met him.  We used to play “who does Ritz like best?” and he’d call his name and then I’d call his name and Ritz was so torn about who he should come to! 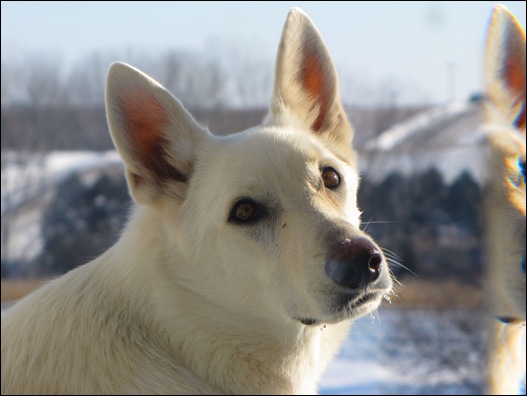 I think we all like to say that when the owner is in danger, our dogs would come running.  But seriously, Maddie or Bo would not be my guardian.  They would sell me out for a prime cut of beef or a hamburger.  But not Ritz.  He is the only dog I have ever had that I truly believe knew his job was to guard his family and he took that job very seriously.

On Monday, I shot this video of the three of them playing and today there is just one.  I know I am anthropomorphizing to say that Bo is feeling the loss, too.  Perhaps he just senses the emptiness.  We made the rounds together outside, filling the tanks, picking up sticks and other menial tasks just to do something.  And when I laid down to nap, I patted the couch next to me and all 150 pounds of St. Bernard settled in next to me.