My oldest son brought a friend home last weekend and wanted to go riding.  Gasp!  This is the son who probably hasn’t been on a horse in two years, if that!  Not knowing his friend’s riding experience, I saddled up Blue and Fancy before she arrived and McCain and I went for a little ride in the pasture.  I wanted McCain to ride Blue because he knows that horse better than any in the herd.  The girl would do fine on Fancy following Blue’s lead. 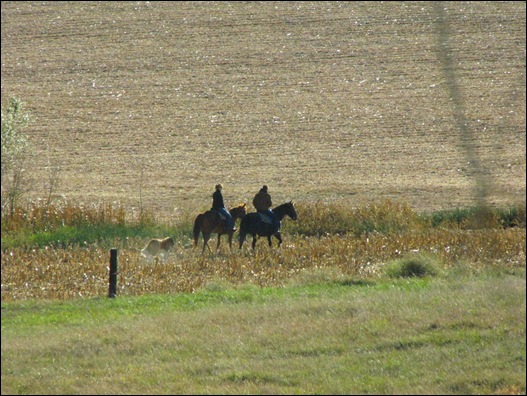 It was terribly windy and quite chilly.  I preferred they not ride on the roads because you just can’t hear the traffic with wind gusts at 30 mph and more.  I told him the route I take around our pasture and fields to get the most time in the saddle.  His friend said she knew how to ride and I could tell by the way she held the reins and sat a horse that she wasn’t a novice so I didn’t feel the need to saddle up Windy and follow 100 feet behind.  I just stalked them with my camera instead.  Later she told me her dad had horses and she used to participate at local shows when she was younger.  Perhaps she’ll be out to ride again sometime. 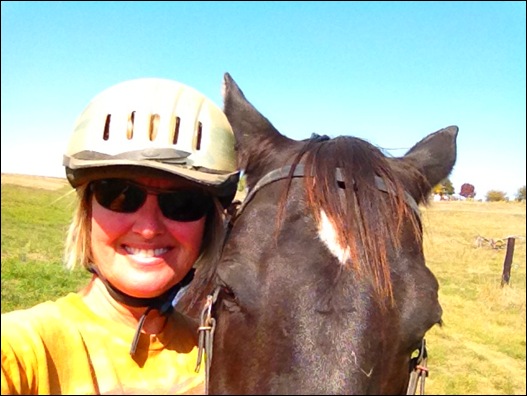 Blue has been in semi-retirement this year – well, really since the boys quit riding.  Over the years he has always seemed a little stiff in the front end and he was noticeably sore after John rode him early this spring.  I’ve been putting a little time on him here at home but its been hit and miss.  I think he has recovered to where he rides like he always has these past few years and that is good.  His long ride days are over but really, we don’t need him for that type of riding.  It was nice to see McCain on him again and Blue was more than willing to go out for that short jaunt with him as he was for me the other day. 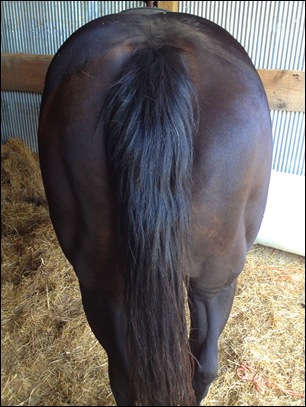 Is that a great quarter horse butt on Blue or what?  Okay, a little round but there is power in that hind end!  Blue was the first horse I trusted enough to really ride.  He carried both boys behind me on that big butt in the early days.  He pushed us up the hills with those hindquarters and is the best horse to ride when descending a hill; he works it all from that back end.  His retirement is earned but his usefulness is not over yet.