Earlier this month, Windy and I headed down our road for what I hoped was going to be a quick 4 or 6 mile loop.  But there were all sorts of scary things that were making Windy squirrely; from new fencing to the markings put down to accommodate the installation of new phone lines.  Plus those same lineman were driving 100 mph down the gravel roads which made me very nervous.  The bean field behind us had just been harvested so we made our way over there to get off the road; Windy to find her brains and me to settle my nerves.

This past year, every ride that I have taken has been GPS’d for the Distance Derby records.  I always thought it would be cool to spell something when riding and have it show up on your GPS tracks.  How hard could this be? 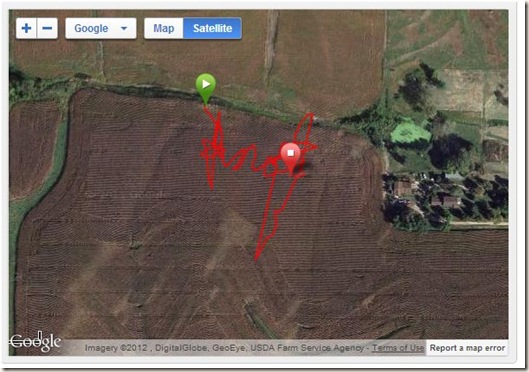 So during that ride, I was smart enough to line up so that I was facing north when I started and quickly wrote “Windy” in cursive.  I pulled out the iPhone and looked at what I just mapped.  You may not know this about me but I am very proud of my penmanship.  I think handwriting is an art and will many times rewrite an envelope just because it doesn’t look good.  To say I was disappointed at the first attempt at GPSing “Windy” is an understatement. 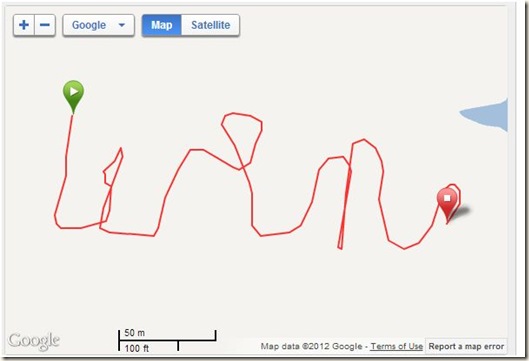 Then it hit me like a ton of bricks.  Why guess?  Just pull out my iPhone and watch the screen as I lay the tracks.  It was slow going; Ritz, at this point, was quite besides himself.  He wasn’t sure whether to herd us or wait?  And I didn’t get it quite right; I ran out of real estate before I could complete her name. 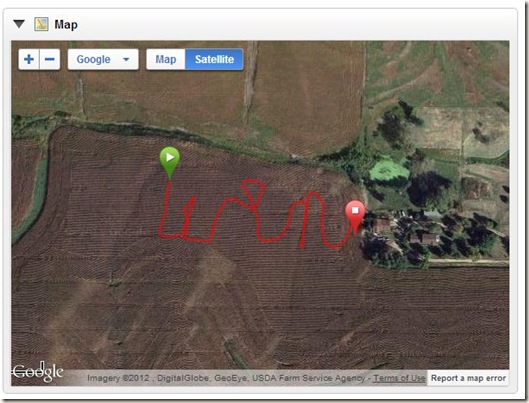 But look closer.  Running out of space was not the biggest problem I had going here.   Her name isn’t W “E” N D Y, it is W “I” N D Y.  I actually spelled my mare’s name wrong!  I know that, you know that; but what the heck was wrong with me out there in that bean field?  I don’t remember if I was losing daylight or losing interest but as I rode back, I was planning our next attempt.  Perhaps go out and practice on the ATV, lay cones down or spray paint lines.  I was getting pretty darn serious about getting it right.

Fast forward to today.  It was 61 degrees when I got off work tonight.  I was bringing home food left over from a lunch meeting so supper was taken care of.  I was in my riding clothes heading out the door when John came in.  I told him I had an hour till sundown and supper was on the front seat of the Durango; help himself!  (Good wife points, no doubt!) 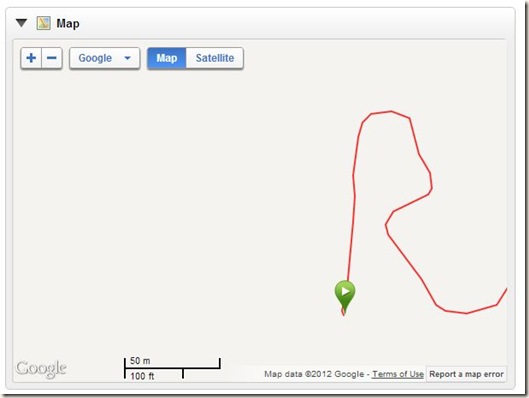 I saddled up Windy and we headed out to the pasture.  Our average moving speed that first loop was 7.0 mph.  We crossed the bean field heading to the west and started trotting down the hill heading to that same area where I tried unsuccessfully to spell her name.  I stopped and reset my GPS.  I looked to the west for a post to use as a landmark and very slowly continued down the hill. 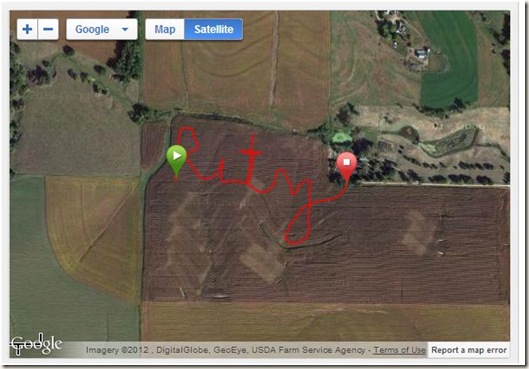 We went up and back, looking for the landmark post and at the tracks being laid by my iPhone.  When I got to the “t”, we pivoted tightly so that it would appear a straight line.  I kept making a cursive “z” with my finger in the air in front of me so that I could remember the directions of its curves, adjusting downward just a bit so I would not run out of space. 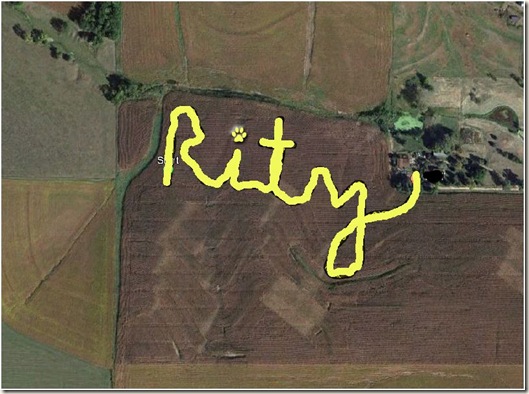 I think we did him proud.