With the drought, harvest came in early September and most of the fields around us are already out.  Unlike July, when it was hot and miserable, September has just flown by.  It has been ungodly dry so I did not expect much for color this fall but I have sure been surprised.  There pictures aren’t anything fancy; just taken around my home with the iPhone from September 29 through October 2.  Things change so fast. 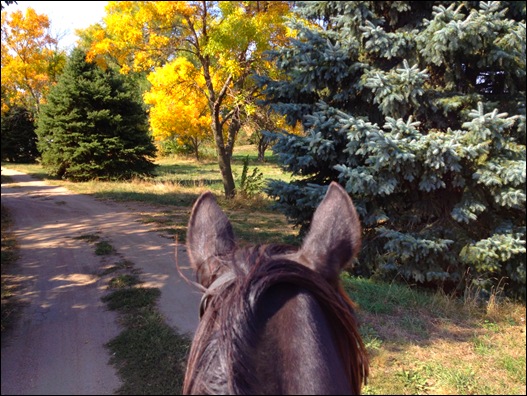 Don’t recognize those ears?  I’m riding Blue for a change.  I gave Windy a week off after Cowgirl Weekend and then she threw a shoe, so a few of the other horses had to earn their hay bales. 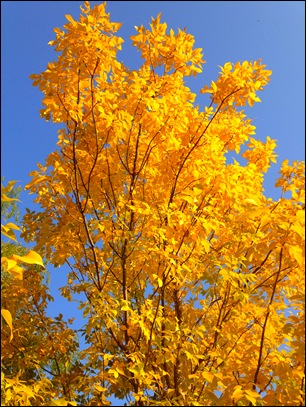 When we first moved here in 1992, we planted three purple ash trees.  The wind took two of them in the early years.  We replaced them with a different kind of ash.  The above turned brilliantly yellow this year. 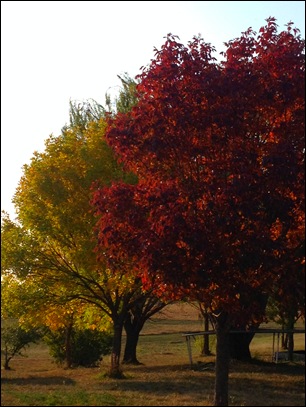 The original ash was a very pretty hue of purple; brighter than I remember in previous years. 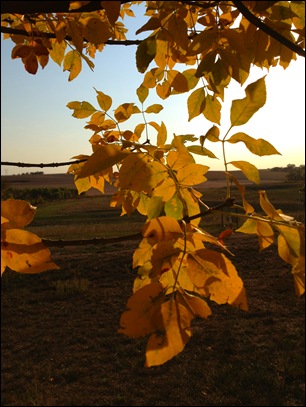 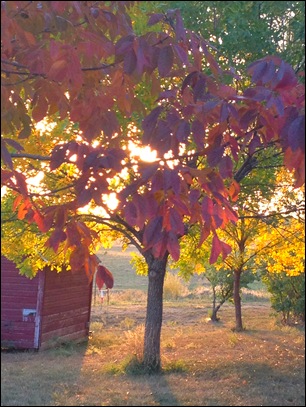 Just some close-ups of the sun coming through the leaves.  As always, I wish my camera could capture what my eyes see. 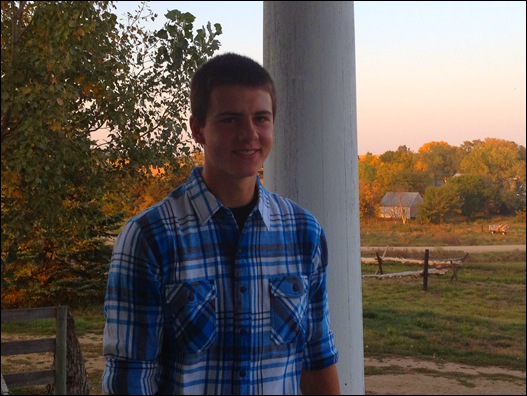 A handsome dude, huh?  Case was leaving for the homecoming dance and stood long enough for me to get his picture.  The trees behind him made a great backdrop. 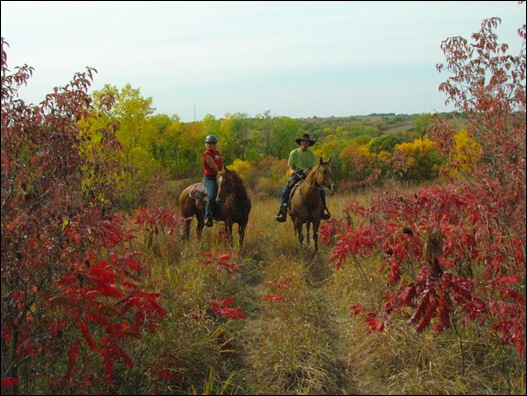 Last Sunday, we were invited to ride at a friend’s place.  John is on Butter and I was riding Fancy.  The sumac frames the picture beautifully.  (This picture is the only one not take with the iPhone.) 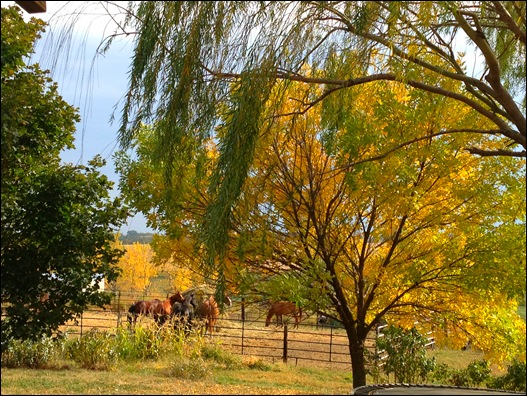 I caught the horses at the hay bale when I was standing at the deck.  John’s garden in front of their fence is just about spent. 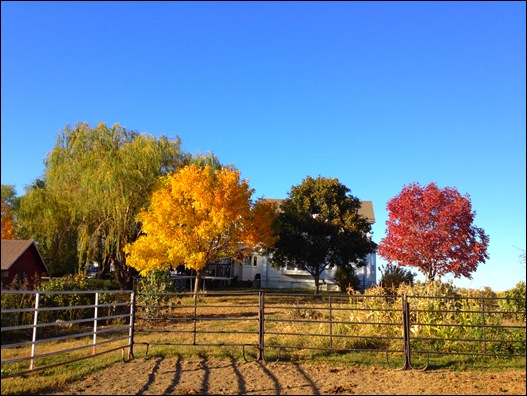 This is from the corral looking back at the house.  The yellow and red trees are the ash trees I mentioned earlier.  The middle tree is a red maple which won’t turn for a few more weeks.  It has never got real vibrant; I am curious if this year will be different. 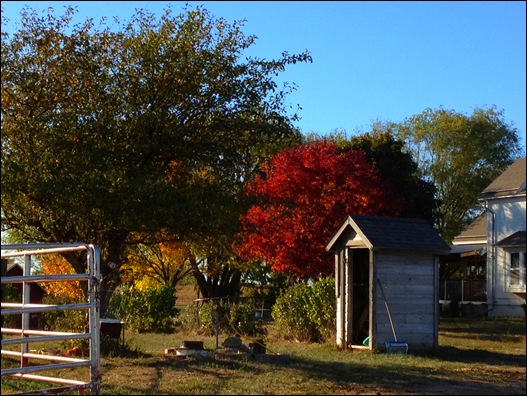 The “outhouse” seems to always makes it in the picture.  It takes on a different look this time of year verses winter.  It isn’t a “working” outhouse.  It is right near the corral gate and I keep halters and leads in it as well as miscellaneous items which come out of the trailer when I unload the horses. 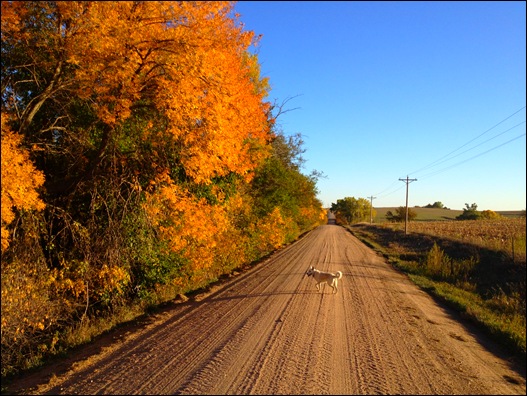 Finally, Windy is mobile again and we did a quick trip down our gravel roads in a blaze of glorious color.