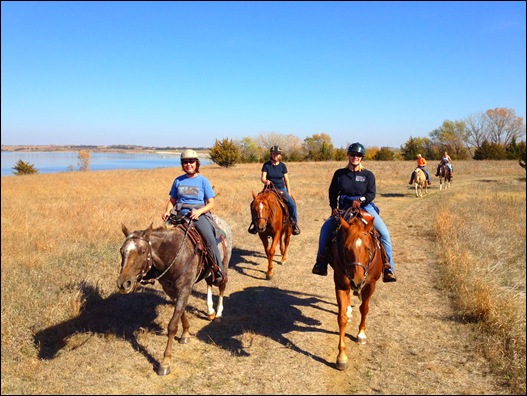 We lucked out!  The weather last weekend was as predicted – wonderful - (gasp!) and we were able to enjoy another horse camping trip; a reunion of sorts with a friend who was visiting from out of state.  John got rooked into a girl’s weekend in August (I really thought there would be more guys there that time), so he was more than willing to beg off this one.  That freed up Fancy for my visiting friend, Sheila.  Who would have thought when we bought that four- year-old mare a year ago (yes, already a year), that she would become the guest horse extraordinaire?  Quite a credit to her temperament.  I have to admit I was a bit surprised when I heard some of my friends admit they would ride her before Windy, but then again, Windy can have her moments.  As someone else mentioned about their own horse, I know what Windy can dish out and I know most of the time I can take it. 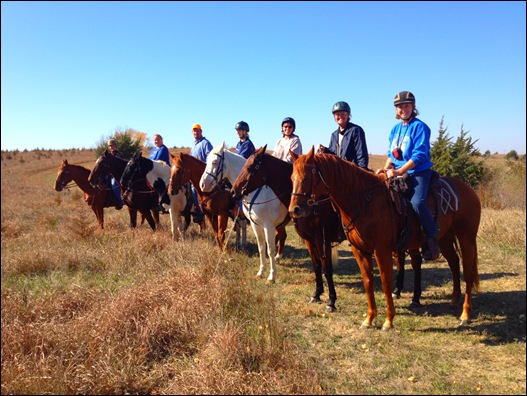 There was quite a handful of riders on Saturday and as is common practice, the gaited horses headed out first.  Many of the horses in the bunch were pretty full of themselves, Windy included.  It was a bit reminiscent of the prior weekend, quite sure she could catch up with the group ahead of us.  Where she normally will come down after a few miles, it seems we rode that trot most of the ride.  The entire eight-plus miles.  No wonder my legs hurt come Monday morning.  Sunday it warmed up to the low 80’s and the horses cooled their excitement down a notch.  It was a much better ride; the time passing much too quickly.

We do have plans for a day ride this weekend but rains later this week might have a negative effect on the trails which are much like those I rode at Indian Cave a couple weeks ago.  I know I am not anxious to do that ride again. 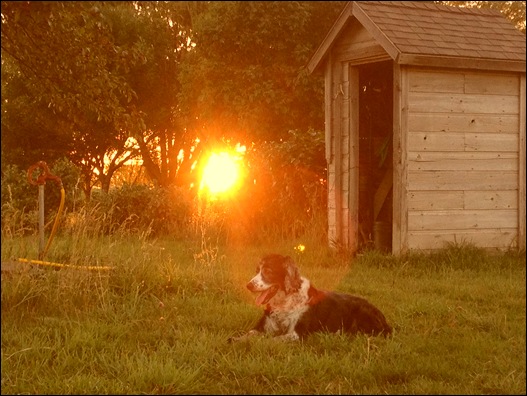 On a sad note, I had my fourteen-year-old springer spaniel, Maddie, put to sleep this morning.  Simply put, old age caught up with her and today she told me it was time.  Rest in peace, my sweet, Maddie.  You were loved.