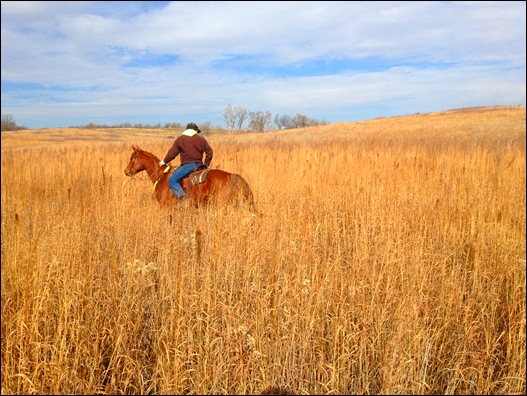 How many times have you failed to admit that something is going along well be cause you didn’t want to jinx it?  And what the heck does that mean anyway?  A little crow eating if things quickly go south?  Isn’t that how life goes?  Some days are diamonds and some days are stones.

I was out riding shortly before dusk and couldn’t help but think about how lucky I was to be riding in mid-November in just a fleece jacket and vest.  Heck, I didn’t even wear gloves.  I started on Fancy and ended on Windy and both rides were uneventful; just the way I like them.  Fancy and I worked on opening the gate from the saddle and she did it beautifully.  And whenever I ride Windy after being on another horse, it is just like coming home.  I realize how lucky I am to have a horse that fits just right.

Today is the last day of rifle season for deer hunters.  This morning a friend of John’s called and his son got a nice buck – a 10 pointer – but they were having trouble getting their truck in to get it out and wondered if we couldn’t pull it out with the horses.  This should have been just the job for Baby, but she has long since grown out of any tack that would fit good enough to take a dally around the horn and she has never had a breast collar.  We loaded up Windy and Fancy and on our way, wondered if Blue and Butter might have been better options since they are a little stockier. 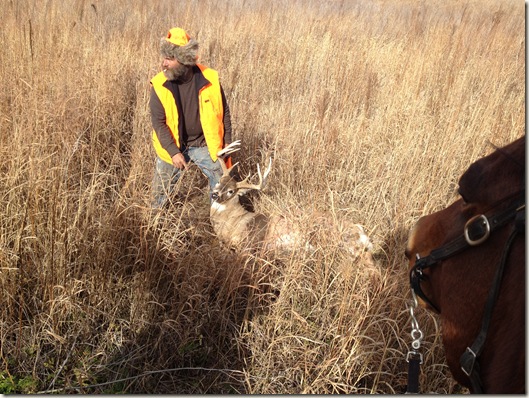 We rode out into the field where the buck had fallen and let the horses look at the dead deer.  Windy didn’t seem concerned with it but then again, I wasn’t going to be doing the pulling. 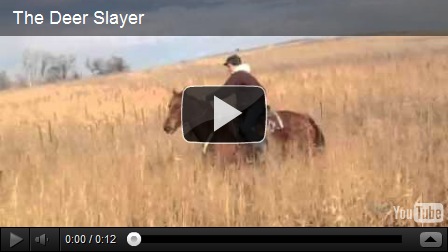 They tied a rope around the hind legs of the deer and John and Fancy started to slowly pull it through the thick grass.  Really, John thought Fancy might try to turn and face it when it started moving, but she really had no concern.  She slowly moved forward pulling the carcass behind her. 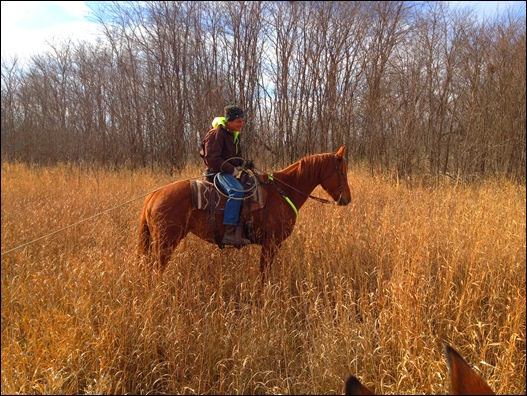 We made our way up to the top of the hill, stopping a couple times so John could rest his arm and Fancy catch her breath. 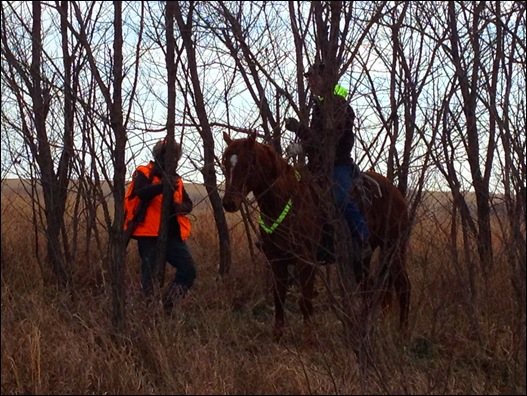 By the road, we worked our way through a thicket of trees.  The antlers of the deer lodged against one; the hunter righted it and they continued on down the road to the trucks. 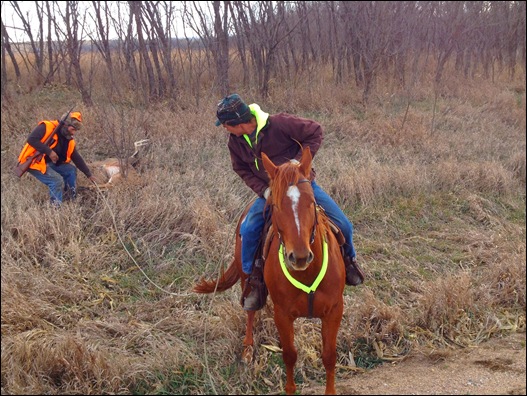 Once Windy caught sight of the moving deer outside the thick grass, she snorted.  I don’t think she would have played as nice as Fancy did if she would have been asked to haul the load. 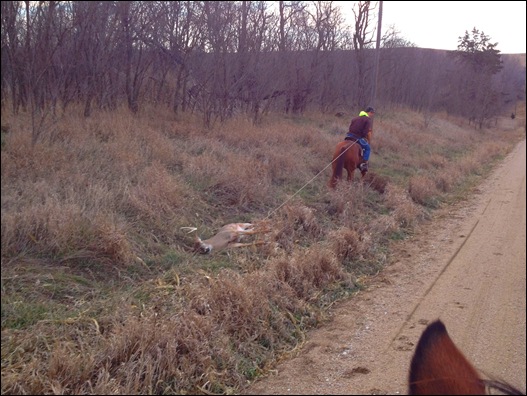 I was so happy with how well Fancy handled this job.  She has never pulled anything that we know of, let alone a dead animal.  She was quite unflappable.  It seems each time she steps up to the plate, she is somewhat successful and this has made John pretty proud.  She’s not Ginger, but she is slowly winning him over on her own merit. 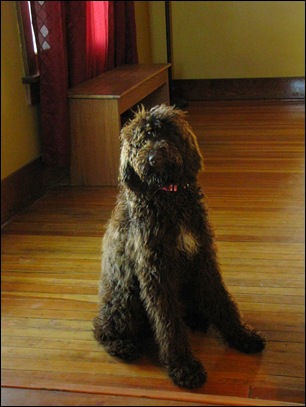 And then there is that little Pippin Pup.  She has not had an accident in the house since Wednesday.  This truly may be one of the fastest house breaking successes. 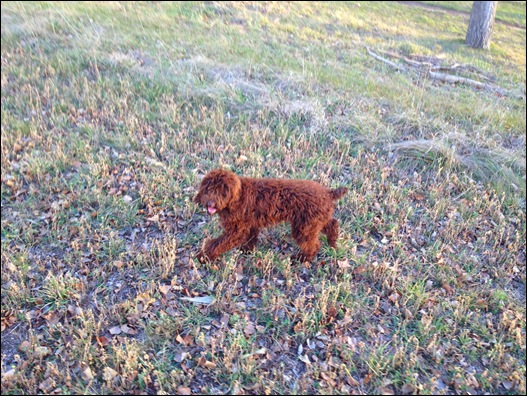 This afternoon, I let her come with me when I rode.  For the most part, she stayed next to or behind Fancy.  When I switched horses and went out a little farther on Windy, she did relax a bit and not walk quite as close.  But I do think Windy doesn’t tolerate her as close as Fancy did and perhaps she senses it and keeps her distance.  I rode over five miles and Pip stayed with the entire time.  She is going to be a tired pup. 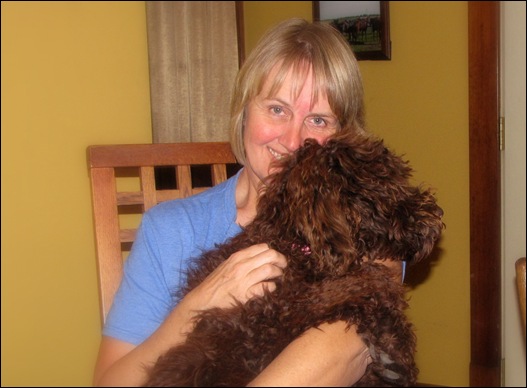 Unfortunately, we did not leave the corral without Pip getting hurt.  I was feeding the horses at the bunk and didn’t see her slip under it.  She ended up under Butter and got her back foot stepped on.  She squealed which got Butter’s attention but luckily, Butter just pushed her away.   She was three-legged lame when I scooped her up but after a thorough inspection, I deemed her sound.  Hopefully that will be the lesson learned; stay out from under the horse’s legs.

Temps are suppose to stay in the mid-fifties through next weekend.  My goal is to end the year with 1,200 miles in the Distance Derby.  I have less than a hundred to go.