Let me first say that the sunrises lately have been just awesome.  The above picture was straight out of the iPhone this morning (new panoramic feature).  It really captured what the eye was seeing and only lasted for a few minutes.  For those who sleep late, this is what you miss!

This time of year, when the Big Fat Lying Weatherman says 50 degrees, it can go either way.  A sunny 50 degrees with no wind is good riding weather.  A cloudy 50 degrees with northwest winds 20 to 30 mph with occasional gusts, not so much.  And that is pretty much what we have had the last couple days.  The good news is, I took Wednesday off when it was predicted to be in the low 70’s.  Even with wind, 70 is definitely good riding weather for November in Nebraska.

I put a post out on the Horsetrailriders.com Facebook and Platte River Riders Facebook pages that I would be riding on Wednesday after noon at Pawnee Lake, hoping to get a few interested in riding and got several replies.  As I was getting around on Wednesday morning, I decided rather than waste it, I would stop at Branched Oak on the way to Pawnee and put in a few solo miles before meeting the group.  The kicker was, I planned to ride Fancy and this would be only my second solo ride on her on trails away from home.  Unlike the last time I took her out alone, I wasn’t really too nervous about it.  I texted a friend who was meeting me in the afternoon and told her what I planned to do and to send out the posse if I didn’t show up at our ride time in the afternoon. 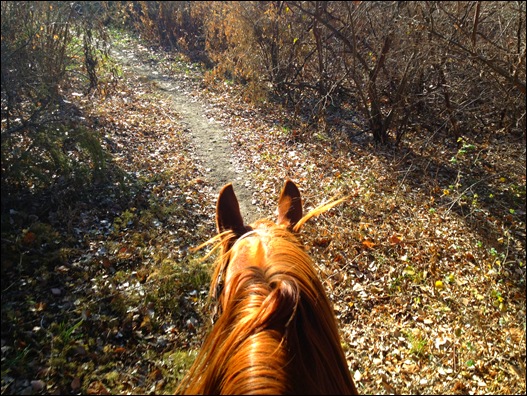 Not surprisingly, it was windy.  I turned the trailer so that it blocked it some while I saddled her.  She whinnied once or twice looking for other horses but when none called back, she dropped the notion.  I know Branched Oak pretty well from mapping the trail challenges and in my mind, figured the best way to put the most miles on what little time I had.  I pointed her to the trail and she moved out. 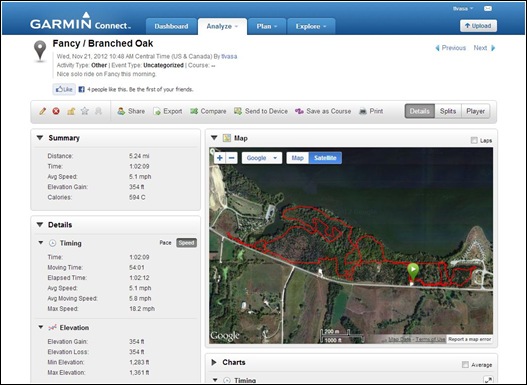 She looked this way and that way – not sure if she was looking for rocks with trees growing out of them (her Wyoming fear) or for other horses.  But after about a mile, she settled into a nice pace.  In the open areas, we would trot and eventually, I kissed her into a nice lope.  The time went by so quickly, we had a great pace going; just under 6 mph moving time.  I was disappointed when it was time to load up and head to the next stop.  So rarely do you get those kind of rides with a horse you don’t normally ride. 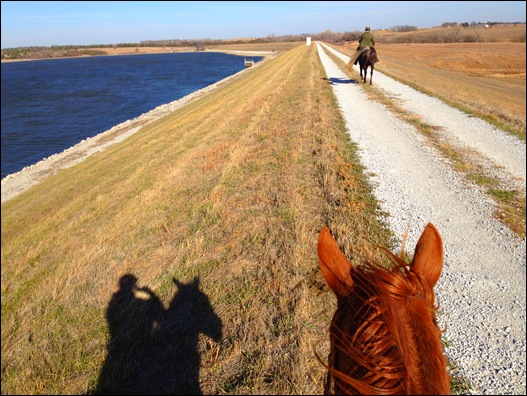 I was surprised to find nine other riders at the Pawnee trail head.  Like me, everyone was anxious to steal a little of this nice weather while we had it.  The first half of the ride, which takes you around the lake, was done with the group – catching up on fall activities and talking holidays.  But after we crossed the dam, a few of us moved out ahead and once again, had a faster ride on Fancy. 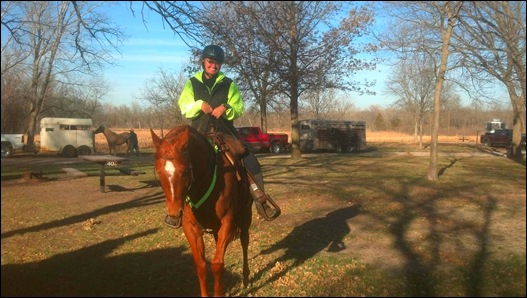 That evening, I found Fancy’s former owner on Facebook and sent her a message expressing how much we have enjoyed her.  I mentioned what all she has done this past year:  team sorted, ridden the mountains and several states, rode hundreds of miles here and there, carried guest riders, rode to town and pulled a deer to name a few.  She has quickly become the all-around favorite.  I got a reply back that her former owner had often thought about her and was glad to hear she was getting used and enjoying her new job.   Me, too. 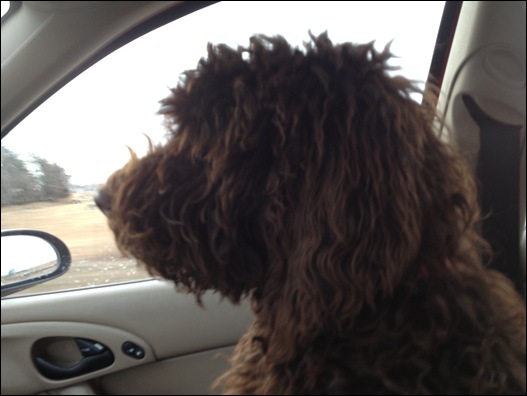 It was time for that first haircut.  I needed to see her eyes.  I’m all about the rag-bag look – don’t get me wrong.  I sport it myself when I don’t have to work.  But there comes a time when we need to dress that part.  We loaded up to go to town today and get a new hairdo. 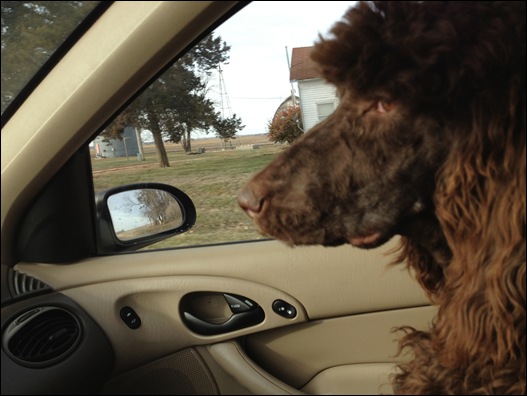 I’m thinking this was the first haircut because she was not too keen on the clippers or anything about it, for that matter.  Julie worked on her face first, cleaned her ears and got a little out of the feet.  And we called it good enough.  I’ve clipped Maddie and Macy before her; I’ll start working with Pip.  But OMG, does she look unhappy or what? 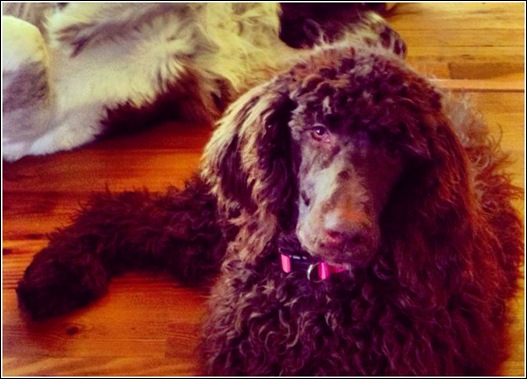 I think she looks quite elegant.  For a little rag-bag puppy.