In my previous post, Going Home, it was sad to see the homes I grew up in being torn down or in such disrepair.  But your comments were very intuitive.  It isn’t about the houses, really, its about “the house that built me” and I was one of the fortunate who had a good childhood.  C-ingspots – yes, we are close to the same age – I’ll be 52 next year; the Class of ‘79.

I know those who grew up in the sixties believe they lived in the age of innocence but in a way, we did, too.  It may have been the 'dawn of Aquarius’ but not in our neighborhood.  We played ball in the streets and came in for supper when the 6:00 whistle blew.  It wasn’t until I was in high school that I started stepping out a bit… or a lot; depending on the perspective. 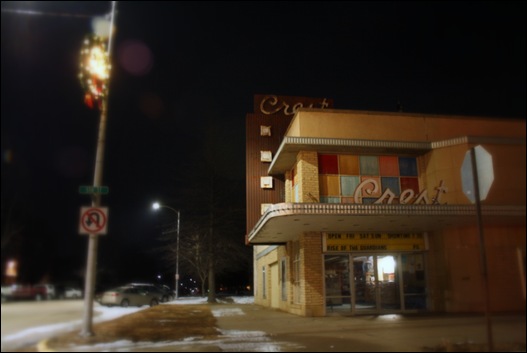 Our town had a population around 2,500 – 3,000 when I was growing up.  While there this past week, my son commented that it has everything!  A movie theatre, a bowling alley, a skating rink, a swimming pool and a Pizza Hut.  But alas, no Walmart.  It is 50 miles from a city and as my sister pointed out; a good place to raise kids but not real exciting for young adults.  Today the population is about 1,000 less and I would bet the average age is quite higher than when I was growing up.

Last year, John and I took the horses down home.  We camped in the city park and rode to some of the places nearby.  I took some pictures of the high school and Main Street and shared them in my story Take Me Home.   This time I had my new camera and just wanted to shoot some pictures of my favorite houses in our little town. 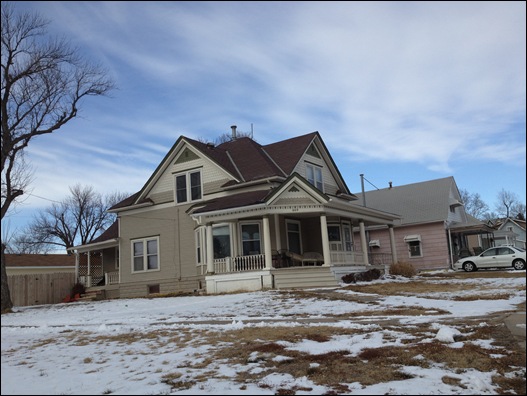 Over the last few decades, the town has kind of reinvented itself as a Victorian capital.  I was quite impressed with their marketing campaign.  Many residents bought some of the older more notable homes and brought them back to life.  It cleaned up a lot of the old neighborhoods.  This was a house a friend of mine lived in.  In the 70’s, it appeared to be a non-descript, single family home.  The people who own it now brought it back to its original turn-of-the-century grandeur. 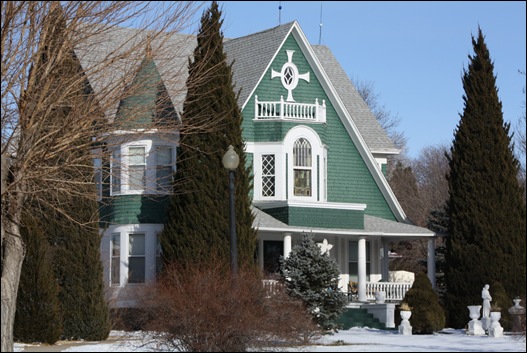 This house sat in a corner lot across from the city park.  Growing up, I remember it in a state of disrepair.  If I recall, it had the old asphalt shingles as siding and there was certainly no curb appeal.  An amazing transformation, huh? 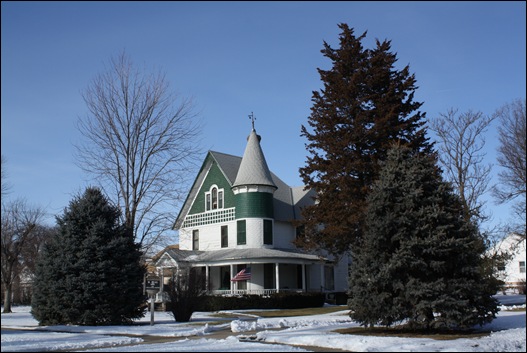 Across the street is the Lew Hunter home.  He is evidently some screen writer but I can’t tell you any of his works.  A quick Google showed he has a website but I’m not interested enough to read it.  I much prefer admiring his home.  I love a house with a turret. 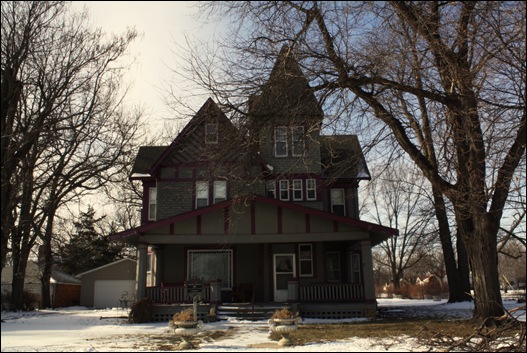 There are a couple more with turrets in the same neighborhood.  I don’t know the history of them except that they didn’t look like this in the 70’s. 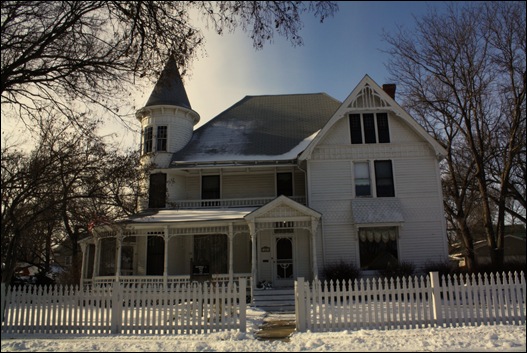 I do recall when growing up that there evidently was a pool table upstairs in this last house that was ours for the taking.  Dad never could figure out how to get it down the stairs so it wasn’t to be.  I wonder now if anyone got it out of there? 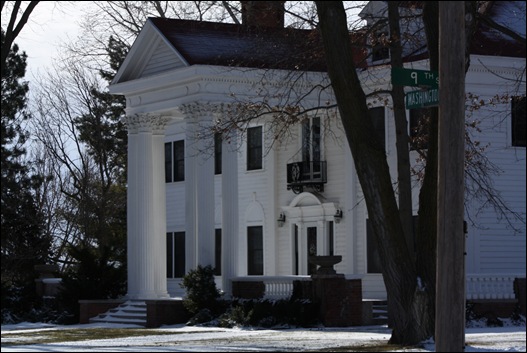 Finally, the Crilly Mansion.  Because it simply is.  Still owned by the same family, now its second generation, its upkeep is remarkable. 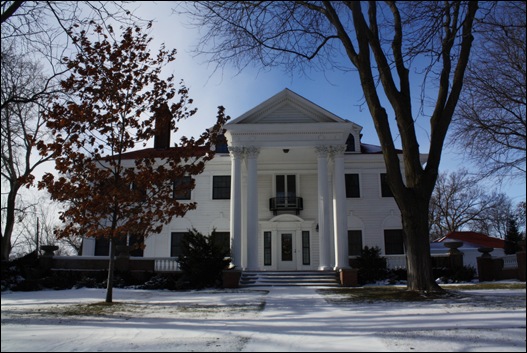 I recall my mom saying that her older sister used to clean this house years and years ago.  As a child, I recall going here for Halloween more interested in catching a glimpse inside than scoring another piece of candy.  My own sister, who is acquainted with the wife of the current resident, got to tour it recently.  She pointed out the different rooms as we slowly drove by. 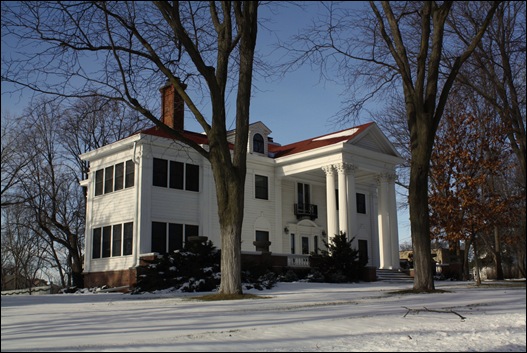 It used to have a water fountain on this side of the house.  In the summer it would be illuminated with varying colored lights.  Today water features are not uncommon but back in the 70’s it was a rarity.

I usually save this blog for my horse related activities but with the temperatures in single digits and quite a bit of snow still on the ground, there is not much happening equine-wise.  Thanks for letting me share some more memories and a glimpse of my hometown.