It’s the Saturday before Christmas and all my shopping is done.  And wrapped.  Usually I do not put presents under the tree until Christmas morning; kind of a throwback from when I was growing up, but this time I decided to wrap them and leave them out.  But to keep the boys guessing, rather than putting their names on the gift, I put numeric codes on each package.  It has been driving McCain nuts trying to crack the code; and it really is very simple.  I’ll see if his brother can figure it out tomorrow.

I was hoping my new telephoto lens would have been here by now but the storm earlier this week seems to have delayed the UPS shipment in Davenport, Iowa according to the tracking number.  Maybe it will be here Monday.  I did play with some of the pictures I took earlier this week. 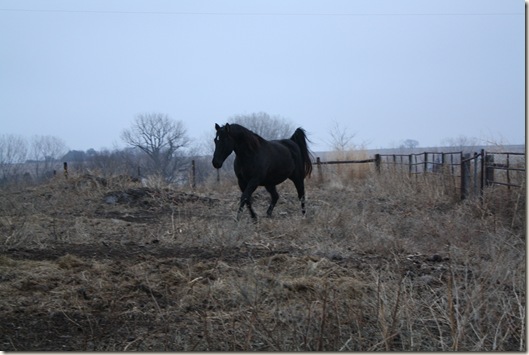 I opened the gate to the pastures and the mares headed out.  Blue missed that his girls had to go out the main corral gate before they could get to the pasture and he was just hoping for a short cut to get out there with them.  Sorry, boy.  You have to go around, too.  I love how his tail is flagged; he was throwing quite a fit. 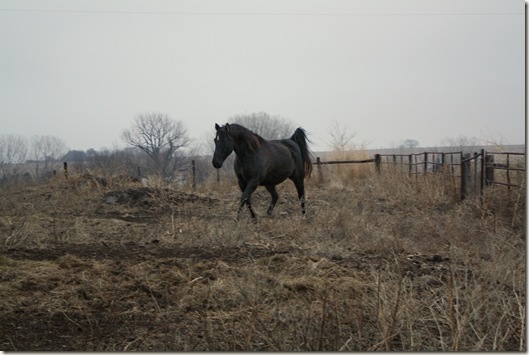 In Photo Shop, I removed the color cast which took the blue tones out of the picture.  Then I used the magic wand tool and touched it to Blue and using the color enhancer, adjusted the shadows and highlights so he isn’t just a big black blob. 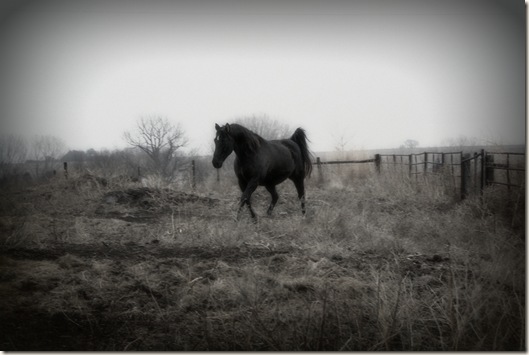 I then opened the picture in Picasso, a Google program.  It’s a free download and while not a real robust photo program, but it has some fun features.  I changed the picture to black and white and then applied the “Vignette” feature, adjusting the size of the contrast along the edges.  I think it added some drama to the photo.  Blue is not a particularly handsome fellow, but he photographs well in certain situations.  This was one of them. 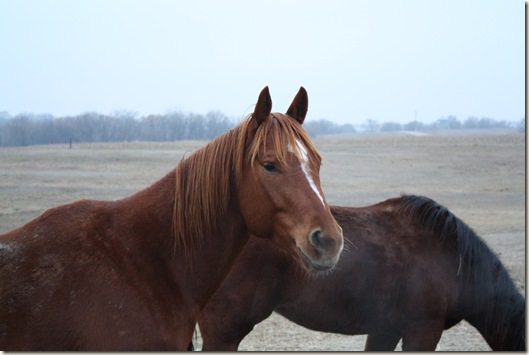 You all thought Windy was the most photographed horse but with a face like Fancy’s, how can you not want to photograph her!  And while she may be pretty, she is the biggest mud ball of our herd as you can see on her back.  Blue or the dogs had caught her eye and I caught this shot. 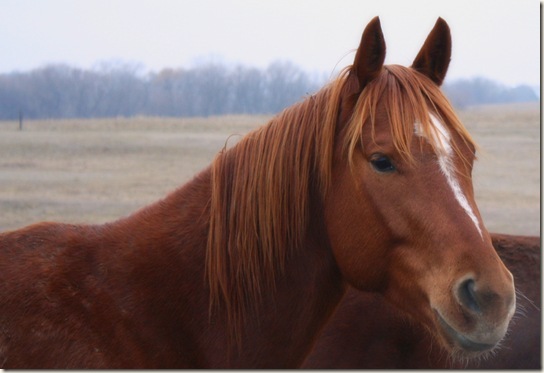 Once again, I removed the color cast.  I then opened the picture up in Picasso and used the Edit in Creative Kit function (upload the latest version of Picasso).  I cropped the picture, keeping it the same size and it brought Fancy to the forefront.  I like that you can see the steam coming from her nostrils. 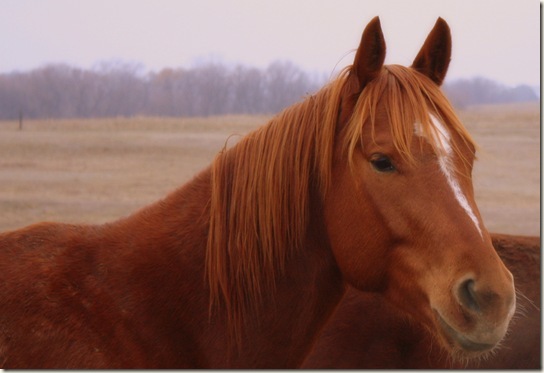 Just for the fun of it, I applied the “warmify” function.  It turned her coat more sorrel than chestnut (yes, there is a difference in the quarter horse world).  I thought she resembled Ginger a lot after I did this, which made me realize Fancy is not near as red as Ginger was, even though I do consider both of them sorrels. 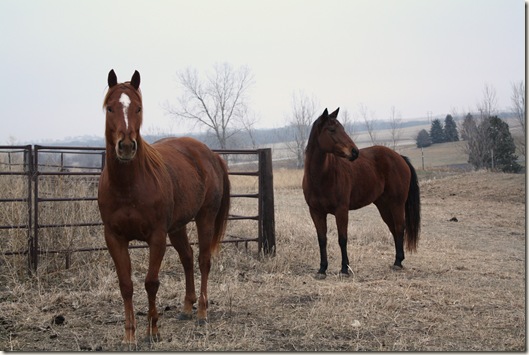 This one was kind of fun.  You can see Fancy’s nose is kind of constricted.  She had been running and bucking and came flying past Windy and stopped.  She is snorting.  I liked that she was looking at me while Windy was looking off at something else. 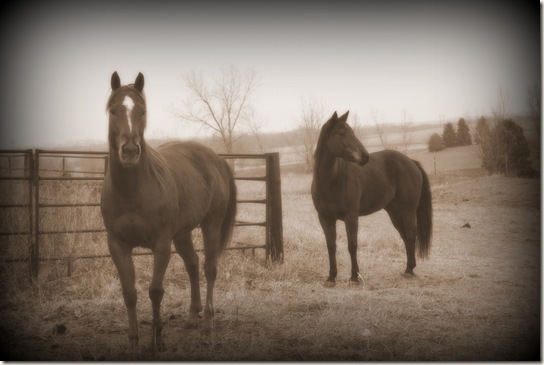 I fixed the color cast and then in Picasso, simply applied the “Sepia” function.  I think I then applied the “lomo-ish” feature or one similar.  I like it.

If you already saw these on Facebook, now you know how I got there.