While most think of flowers, chocolates and a lovely dinner on Valentine’s Day, it’s not an option for those of us who are dieting.  Although I made it through Fat Tuesday with calories to burn, I blew my diet on Ash Wednesday at the church’s baked potato feed.  Who’d of thought you could find so many meatless options for toppings on a baked potato?  So a dinner out on V-Day wasn’t in plans. 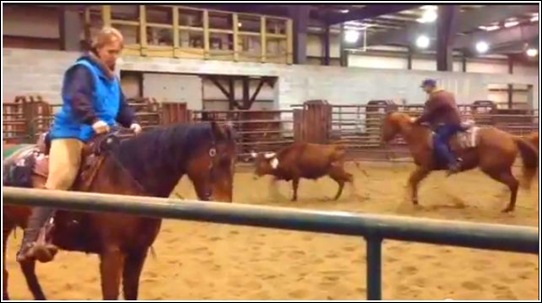 At 40 degrees, which is okay for February in Nebraska, it was still a gloomy day for what seems like the longest month of the year.  Rather than stay home, we decided to load up the mares and go to team sorting practice at Chance Ridge just outside of Omaha. 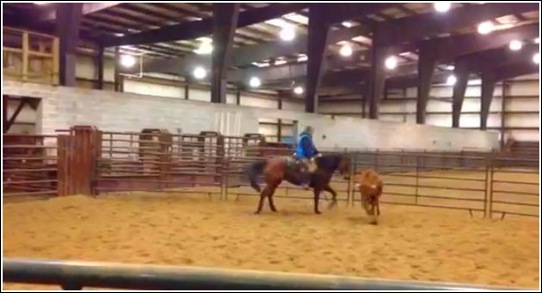 We’ve done this a few times in the past.  Both mares are certainly bred to work cattle but face it; we are trail riders and don’t get a lot of experience in the pens.  There was a chance of snow in the forecast which must have kept a lot of the regulars home, so we had lots of opportunities to work those cows. 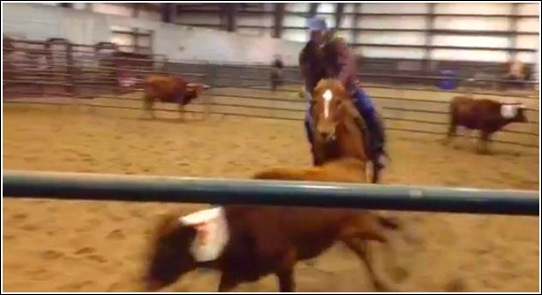 The cows in the pens have numbers on their neck.  The gateman gives us a number – say number 5 – and one of us goes and cuts #5 from the herd and moves it to the other pen while our partner blocks the gate to keep the rest of the herd back.  Then the partner goes for #6, and then #7, switching off cutting and gate duties until all the cows are moved in order to the other pen. 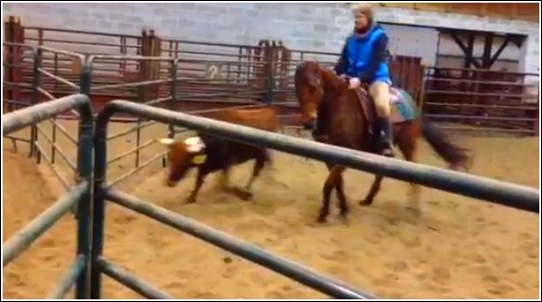 Now in real competition, if a cow slips through out of order or comes back into the pen you just moved it from, you are disqualified.  But in practice, it is simply that – just learning how to move them successfully.  And in real life, it moves a lot faster than the speed we were moving. 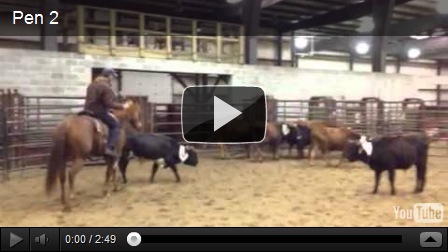 To put it bluntly - we aren’t very good at this game.  But that is why they call it practice.  To get better.  I doubt we’ll ever see real competition.  We will never practice enough to be any good.  Windy was getting crankier as the night went on – I think she thought we already moved these dumb cows once – why are we doing it again?   But we had a lot of fun riding in a relatively warm arena on a cold Valentine’s Day in Nebraska.  Beats chocolate any day!