Back in the Saddle Again

Last year I rode 377 hours totaling over 1,200 miles.  My last ride of the year was December 30, 2012.  Since then I have barely rode 35 miles and haven’t even been on a horse since February.  Blame it on weather or travel or too late of hours.  But truth be known, I just hadn’t felt like riding.

Daylight Saving Time is back and we caught a brief glimpse of spring yesterday.  While some of the state boasted almost 80 degree weather, we settled in around 54 degrees and I’m not complaining.  I took Fancy over to the trainer in the morning.  Brenda, who worked with Windy a few years ago is going to put some time on Fancy.  While she does awesome on the trail, I would like to see more lateral movements out of her which will help when opening gates and trimming trail as well as when John uses her for team sorting.  I miss her already!  It is very odd looking out to the corral and counting only four horses. 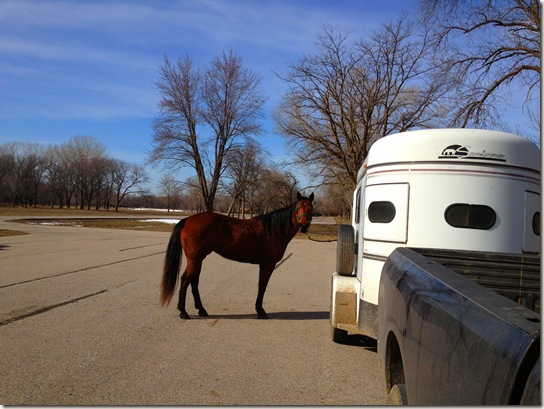 I fetched Windy from the muddy corral.  Truly, I think if she could have opened the trailer door herself, she would have.  She was that anxious to go.  We headed out to Two Rivers, meeting up with my friend, Diane, to enjoy the nice weather.  It took awhile to get the mud off her.  That, combined with excess shedding, was quite a messy job.  But she cleaned up well. 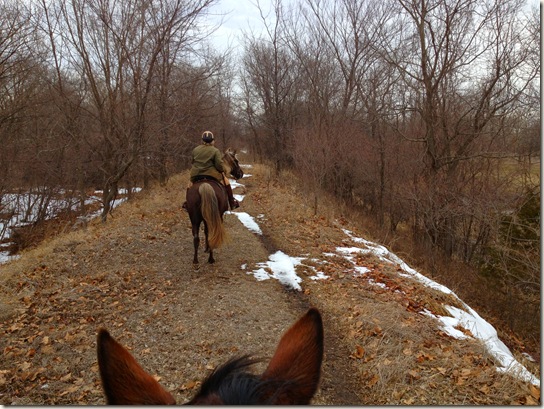 We only caught a glimpse of the sun; it stayed partly cloudy most of the day.  Jacket weather for sure, but I didn’t need gloves or an ear band for the first time in a long time.  We meandered through the wilderness area, which just opened back up to horses after hunting season.  Some of the trails were quite overgrown and found some blocked completely by downed trees.  This area is well-maintained by the riders who use it so hopefully they’ll be clear in the months to come. 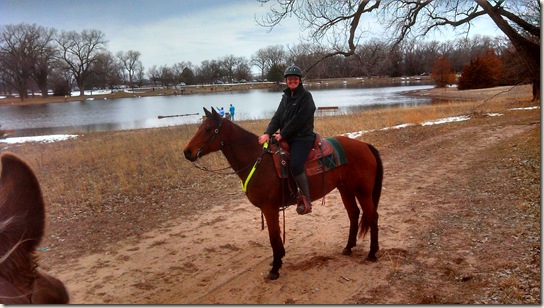 We made our way over to what I call the “Loping Trail” because it is just that – a nice flat with some distance that you can move out.  And Windy was ready!  She tried to grab the bit and really fly but I brought her in a little since the footing was suspect in some of the shady areas.  The GPS showed top speed at 20 mph; I couldn’t help but think that this is why I ride.  Amazing that some people will never experience that high.  I never want to stop! 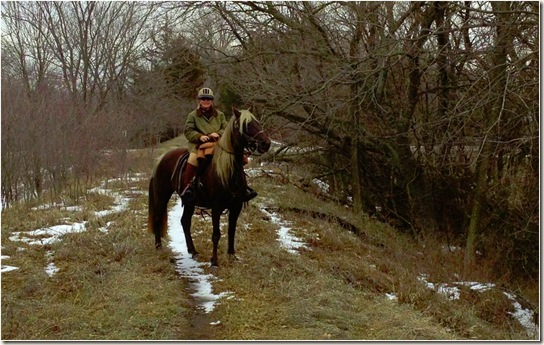 Diane rides Jordan, a pretty gaited mare.  We had no trouble matching each other’s pace; Jordan would gait, Windy would trot.  Both mares enjoyed pawing in the melted snow we found along the trail. 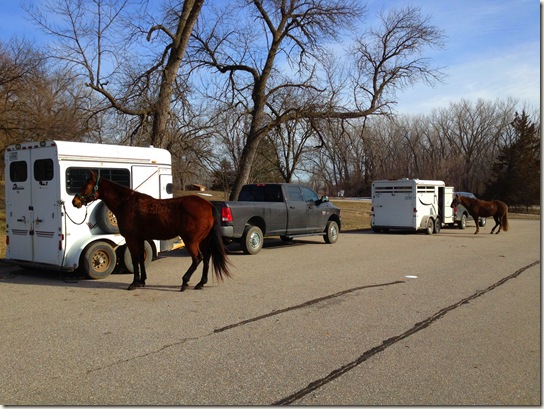 Do you know what happens if you haven’t ridden much in 2-1/2 months and then head out and put on 13 miles with lots of trotting and loping?  You get saddle sore!  You would think with all the exercise I have been doing for this weigh loss program that I would be in better shape than I am.  Oh my!  I wonder if Windy feels it as much as I do today?

Typical Nebraska.  It’s 25 degrees today with a wicked north wind.  It will give me time to heal.  (smile)