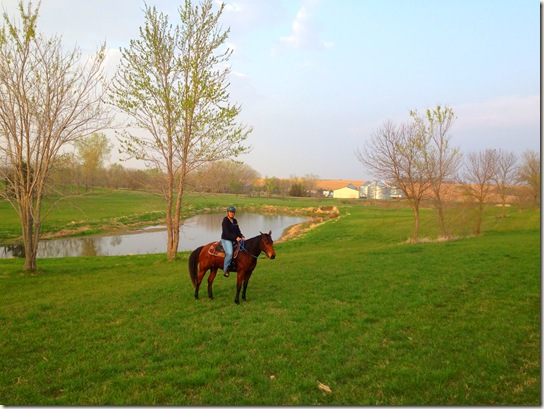 Last year at this time, John and I rode fourteen miles.  If I remember right, I wore a tank top.  We stopped at the local one-stop and got a cold one and at the end of the day, I was sporting a sunburn.  That won’t happen this weekend.  Although the calendar says spring, it has yet to resemble such here in Nebraska.  We are expecting more snow this weekend, so I put blankets back on the horses, who have started to really shed their winter coats.  The picture above was taken March 29, 2012.  Today that pond is dry. 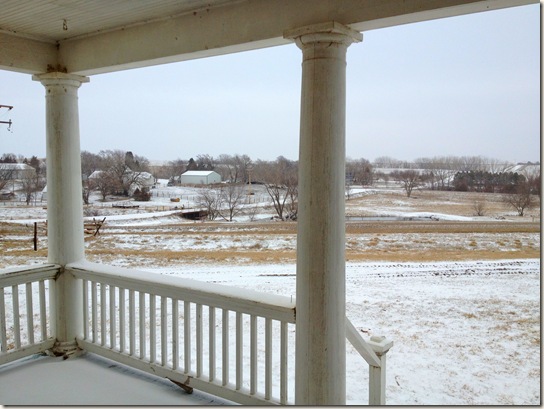 Last year at this time, my flowering crab trees were blooming.  This is the picture outside my front door this morning.  While it is not out of the ordinary to have snow in March, I do worry about how much damage the drought has done to our spring grass.  I hate the cold and prefer rain over snow, but at this point, we’ll take the moisture any way it comes.

I went to a horse auction a few weeks ago.  While I certainly do not need another horse, I knew of a young, well-started mare that was going to be there and was going to be sold no matter what the bid.  While I hate to see any horse “get on the truck” to Mexico, for some reason, this one called to me and I decided I would save her from that fate (even though I have barely enough hay to get me through the season.)  As it was, she thankfully sold before the auction.  Actually, most sold for more than killer price during the time I was there.  (Or so I believe.) 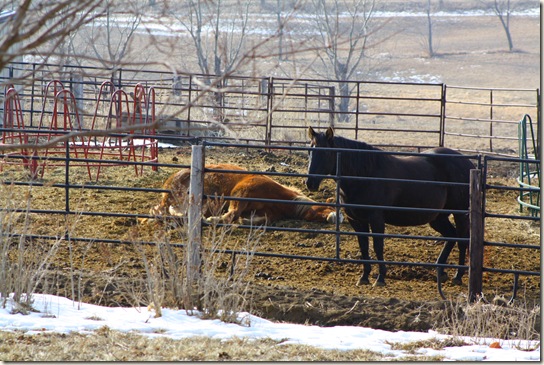 Not wanting to go home empty handed, I bid and won a draft horse harness for $35.  It has been about ten years since John has harnessed Baby.  I think its about time The Duchess stops laying around and gets a job.  John was very tickled when I told him what I bought and probably even more so that I didn’t have a horse with me! 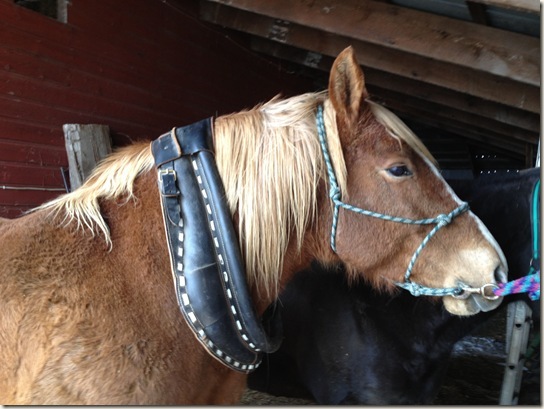 While I have no interest in driving, John has always been mildly enthused.  Over the years he has tinkered with putting together a wagon and had bought a collar for Baby.  She has long grown out of the original harness, so he was pretty happy with my good buy. 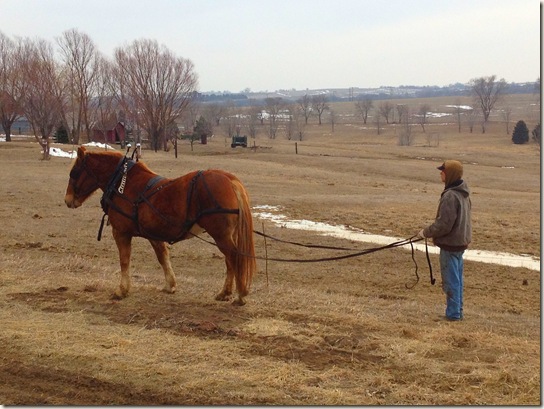 The harness that I bought was actually for a team.  For a few days, he worked on making sure the harness was all there and could accommodate just one horse.  On the first semi-nice day, he fitted her to the new harness. 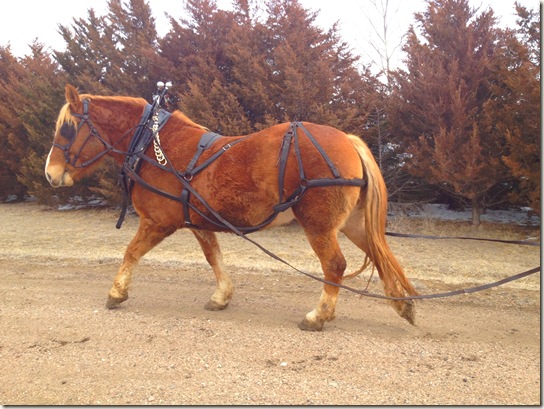 Years ago, he had her pulling a skid so the idea of the harness and driving was not foreign to her, but perhaps long forgotten.  It didn’t take long for her to get the idea of having someone behind her rather than on her back. 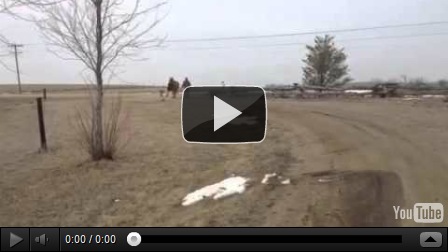 Who knows.  Maybe this is the year that Baby starts to earn that round bale she is bellied up to so often.  I’m thinking perhaps I should find some interest.  By the looks of it, ground driving might be good for the my diet plan. 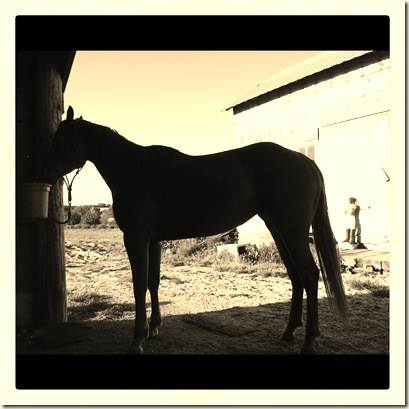 In other news, Miss Fancy Pants is off visiting a trainer for a few weeks.  While she does lovely on the trail, she doesn’t have some of the buttons that Windy has, most notably, she has always been rather sticky with lateral movements.  So she is off to further her education.  The schooling continues….