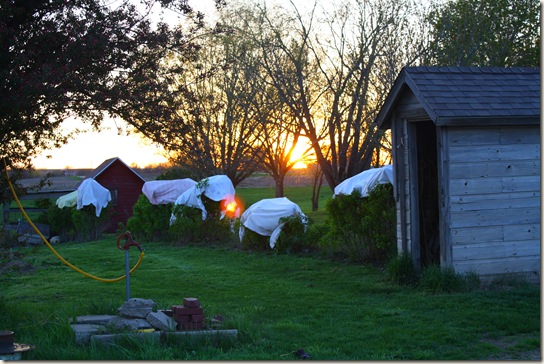 Last Saturday night, believe it or not, we were in a frost advisory!  I kid you not – on Friday, I was riding in a tank top and on Saturday, I am looking for every spare sheet in my house to cover my yet-to-bloom lilac bushes – which, by the way, bloomed in late March last spring.  I know because I have pictures to prove it! 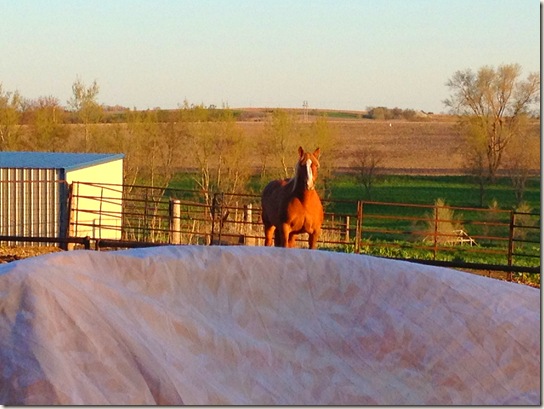 Baby was quite concerned when she came around the barn and found all the “ghosts” lining their pen.   I waited for Blue to make an appearance because he is the King of Spooks and was quite disappointed when he showed little reaction. 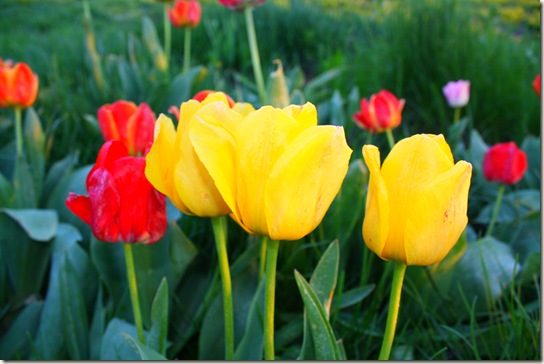 The tulips had just started to bloom.  We took these bulbs from my mom’s flower garden either right before she died or before we sold her house.  It was very cool that they were blooming on Mother’s Day weekend. 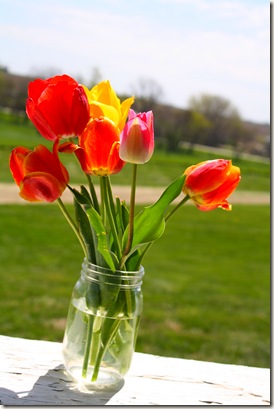 I didn’t cover the tulip garden but did cut a nice bouquet to bring into the house.  As it turned out, only only the low pasture got heavy frost and the tulips survived for a few more days. 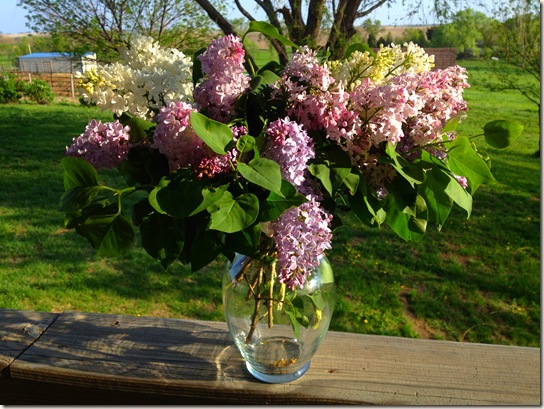 Lilacs are my favorite flower in the world.  Not so much how they look, but how they smell.  The smell of a lilac bush brings back so many memories of my childhood – our house in town, my grandma’s farm, my aunt’s farm in Guide Rock, graveyards and Rod McKuen poetry.  As I mentioned on Facebook, if I live until I’m 80, I have less than 30 lilac seasons left in my lifetime.  I don’t want to miss one. 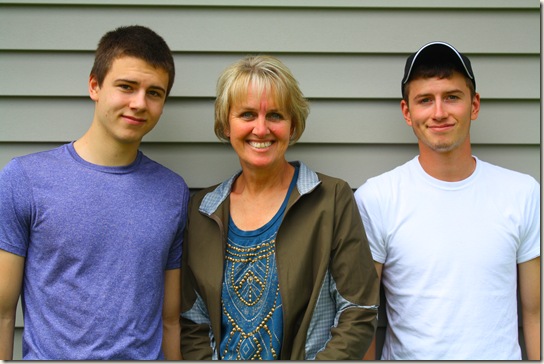 For Mother’s Day, my boys made an appearance and humored me with a picture.  We had a nice lunch, visited with John’s mom and then came home to the horses. 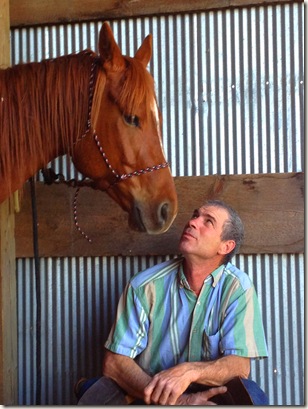 The horses had a few chips in their hooves from Friday’s ride and they need shoes before we leave for South Dakota, so John trimmed them a bit and filed out the chips.  Then we saddled and rode over to the trails we cut this past winter along the creek where he cuts wood. 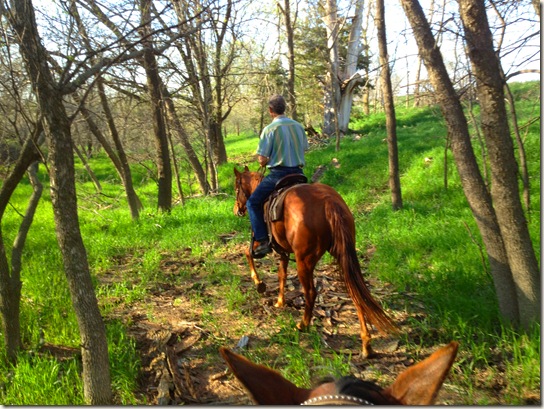 Most of what we cut was more than enough for horse height and we could follow it pretty well.  There were a few areas where you literally had to jump the creek due to steep sides and John coaxed Fancy, who had lead out nicely, to make that first jump.  She is such a good girl.  Windy wasn’t as thrilled to be asked, but wasn’t keen on her “baby sister” leaving her, so she gave me a nice leap over it as well. 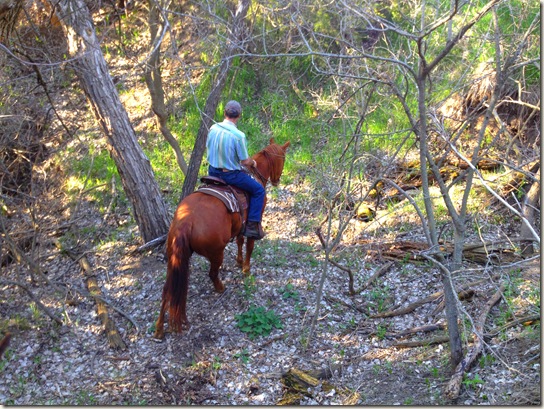 Going down in this draw was a really cool part of the trail and the pictures don’t capture it’s depth.  I tried to video it coming back out, but it was kind of hard to keep Windy collected to take this path slowly and run the camera so what I got wasn’t worthy to post.  Maybe next time.   We rode a little over 7 miles; a nice end to a good Mother’s Day weekend. 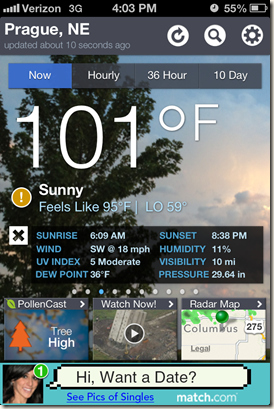 And just when you think all the crazy weather is over – remember, we had frost warnings on Saturday – Mother Nature brought a new twist on Tuesday.  Hot, hot weather!  Luckily it only stayed around for one day.  Who knows – it might just snow tomorrow.