April showers came in the form of wintry mixes and even today, I am worried about the likelihood of seeing blooms on my yet-to-blossom May flowers.  But it looked like we caught a break for the 13th Annual Friday Before Mother’s Day ride held on that day. 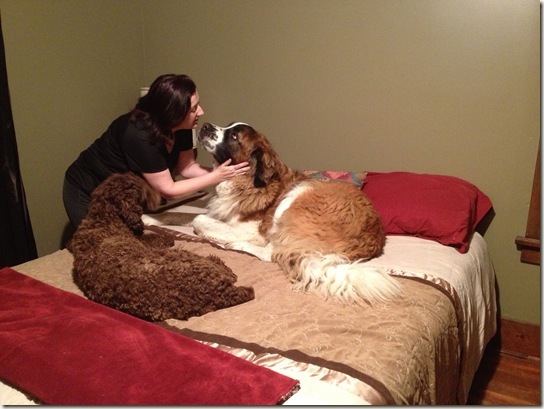 To save waking up at the crack of dawn on Friday, my friend, Robyn, hauled over to our place and she and Coda spent the night.  To be clear, she got the guest room and Coda the round pen.  Bo and Pip were thrilled to have company and was most anxious to make it a slumber party!  We stayed up late sharing a bottle of wine and catching up on winter.  I thought I would drop right off to sleep and I almost did... but then something clicked in my brain and instead of a wine-induced slumber, I turned insomniac – much like I do when worrying about getting up for an early flight.  Guess I was just anxious for the ride. I woke up easily and we puttered around getting ready.   A search for Robyn’s keys kept us all active for awhile and just as we were Googling the number for USRider, the lost was found.   We made it over to Valparaiso at our normal arrival – about 8:30.  The temps at this time were still low.  High forties maybe?  If you look at the pictures, most of the riders had on some pretty heavy coats and hats.  I had heard there were fog advisories out, but although overcast, there was no fog in the Val area. 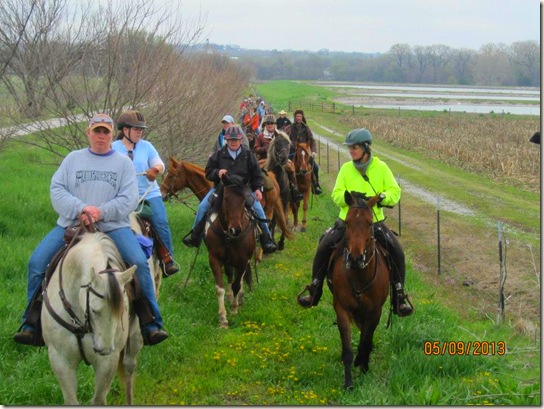 Still, I noticed the numbers appeared to be down and when we rode out at 10:00, Mike A, the counter, said there were less than 30 in the first heat.  Counting some late comers, fog & other reason, we believe total numbers were around 60.  Considerably lower than the previous years.  Certainly not a disappointment in my book; the lower numbers made it easier to visit with more riders. 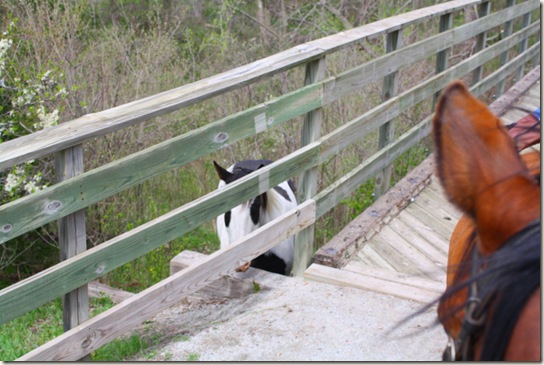 We had one accident, that I know of.  There is a horse in a pasture along the trail that came up to the bridge as the trail horses were passing and a rider’s horse spooked.  Windy watched him pretty close when she passed him, as he had his nose through the panels on the bridge.  We usually see him whenever we ride this trail. 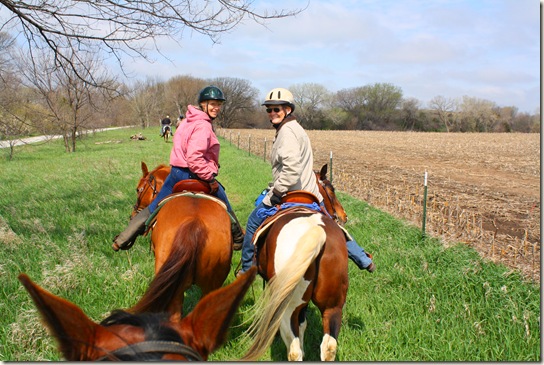 I had a fun ride.  Started somewhere in the middle, made my way to the back and by the time I got to Loma, was back up front again.  I took my “good” camera and played photographer.   I admit, it wasn’t the easiest having to use two hands to take pictures.  Windy was a bit high early on. 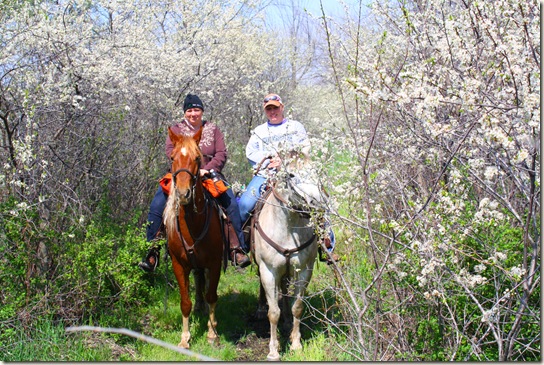 By the time we got half-way to Loma, the sun burned off the low clouds and it was a beautiful spring day.  The plum bushes were blossoming and fragrant, the sky was a gorgeous blue and the wind was mild.  Riders were all smiles. 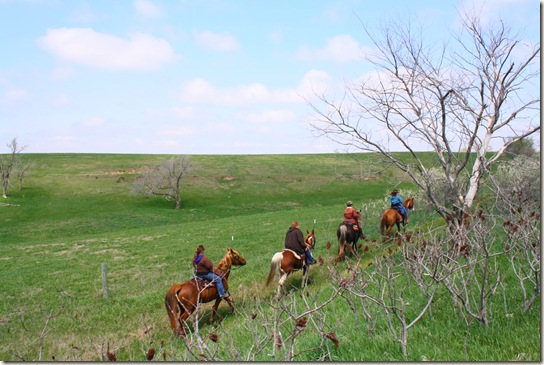 It was quite unusual to see the green grass and blue skies against the trees which still have not produced buds.  Many of the horses still had what was left of their winter coats.  I really think the numbers were down because many riders have just not had the opportunity to get any time on their horses this spring; the weather has been so unstable. 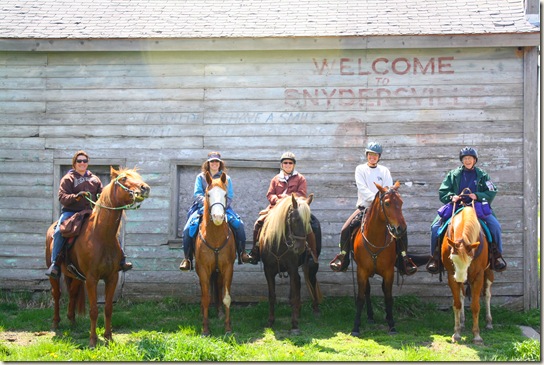 In the early 1990’s, a movie production company came to Loma for the filming of the Patrick Swayze movie, To Wong Foo Thanks for Everything, Julie Newmar.   The fictional movie town was called “Snyderville” and you can still see some of the graphics they did on the worn buildings.  Before long, all evidence of that movie will be gone. 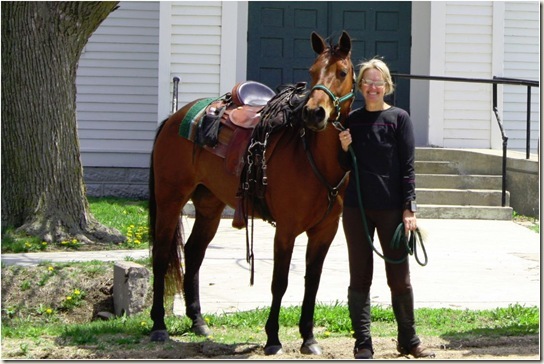 After lunch in Loma, Robyn and I decided we were going to have a faster ride going back.  Not that we were in any hurry, just because we wanted to.  Corie and Diane joined us and we quickly covered those seven miles in long trotting and loping; thankful for the tank tops we were wearing under the layers we had put on that morning.  Windy got a little hot in the open areas where we would lope –even threw in a buck which caused me to keep her reined in a little more than usual.  When we got back to our trailers, a gal that who was waiting at the trail head asked Robyn and I if we were endurance riders.  No, be we felt like we were! 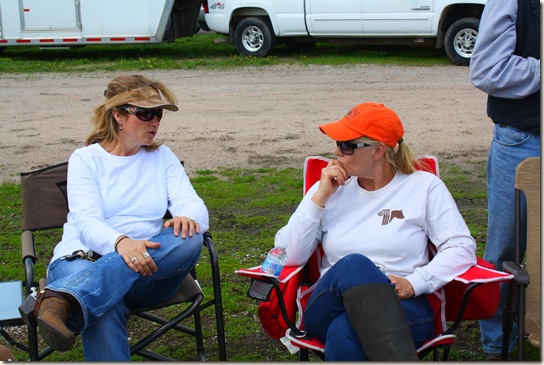 We enjoyed potluck around the trailers with friends.  Several of the riders went to Branched Oak to camp for the weekend.  I trailered out there and hung out for an hour or so but came home for the night.  My lack of sleep the night before was starting to catch up with me and we have a pretty heavy schedule of graduation parties today so I called it a day.

I know I he-hawed about changing the date of this ride, but after yesterday, I decided to leave it as it is.  I like the early ride, the weather, for the most part, has been kind.  It just works.

Thanks, everyone, who came and shared the day with me.  It was a lot of fun.