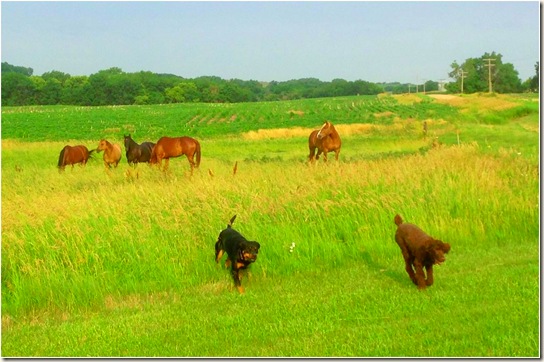 While I haven’t been riding much, I have been walking; part of my self-imposed exercise plan.  This past winter, when it was so cold, I would try to walk a mile around our yard and once spring arrived, I would head out into the pasture or down the road.  I don’t know when when I decided I could walk farther than a mile, most often now walking two to two and a half.  I plan to “walk” in a 5K run next month, so on occasion, I will walk 5K just so I have an idea how much time it will take to complete.  I am not a runner and don’t intend to be.  I tried, but decided I wanted my knees to last beyond the mid-life warranty. 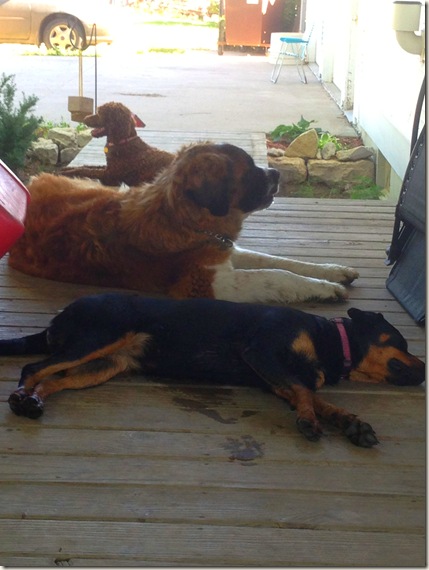 So while the horses may be lacking their exercise program, the dogs are not.  Even Bo can easily do a 5K with me now although I feel so sorry for him with his thick St. Bernard hair.  Pip just springs along ahead when we go down the road and makes a beeline for the pond when we walk in the pasture. 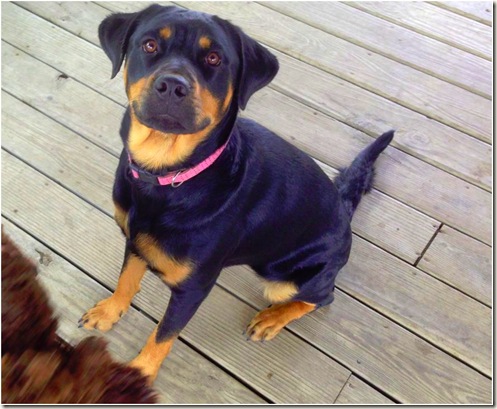 Meet Nahla, our most recent addition.  No, I did not need another dog nor was I looking for one.  But Case came home with Nahla when a friend was moving and could no longer keep her.  He told me before he brought her home that she is a Lab mix.  Yes, there could be Lab in there but I’m thinking there is a lot more Rottweiler than Labrador. 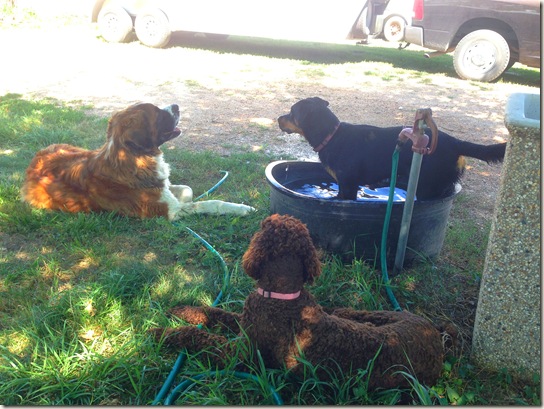 When I lost my German Shepherd, Ritz, it took all I had not to go out and get another German Shepherd.  I love the breed.  He was the smartest and most loyal dog I have ever had.  But he was also aggressive and while I knew how to introduce strangers to him, John did not like the potential liability.  So if Case would have told me Rottweiler rather than Lab, I would not even have entertained the idea.  You can say all you want about it being the owner, not the dog, but I have owned dogs all my life and my German Shepherd was the only aggressive dog I’ve had.  I do contribute it to the breed.  He was just doing his job.  Protecting us from what he thought was a threat was part of what he believed was his job. 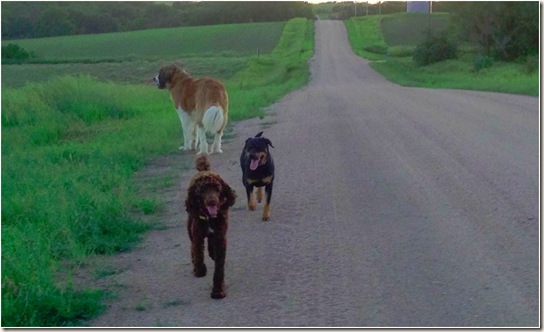 I have to admit that all my preconceived notions about a Rottie has been not come to fruition.  Although Nahla is one tough cookie, she has the personality of a Labrador.  She is mindful and loyal and will retrieve anything.  She spends her days carrying around logs – not sticks, logs – plastic pop bottles, or anything else she can find.  She is quiet, loves to cuddle and comes when I call immediately.  She is smaller, probably due to whatever she is crossed with be it Labrador or part Lab or who knows.  She is shorter than Pip but she is mighty! 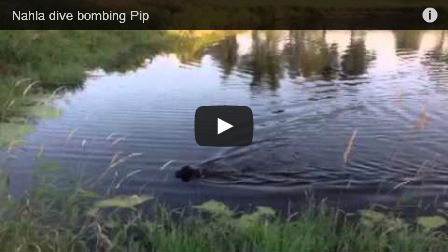 I told Case when he brought her home that she was his dog.  She needed to bond to him, not me.  I have my hands full with horses and my own dogs.  But really, how much time does a 16 year old boy have for a dog when he is always on the go.  My walks now include all three dogs and that’s alright with me. (Name that song.)