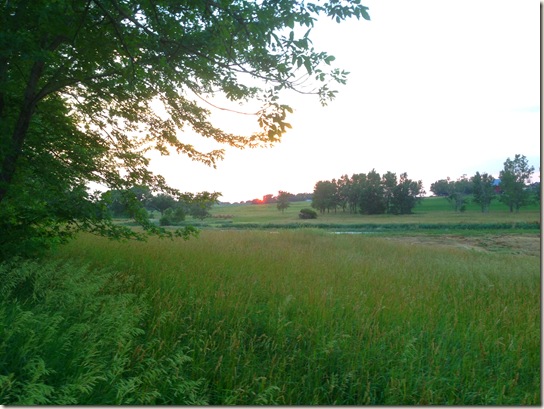 I still need to do my write up from our stay at Hay Creek Ranch in South Dakota but it seems I just can’t find the time to sit and gather my thoughts.  It’s been a busy time around here.  We have been making hay while the sun shines! 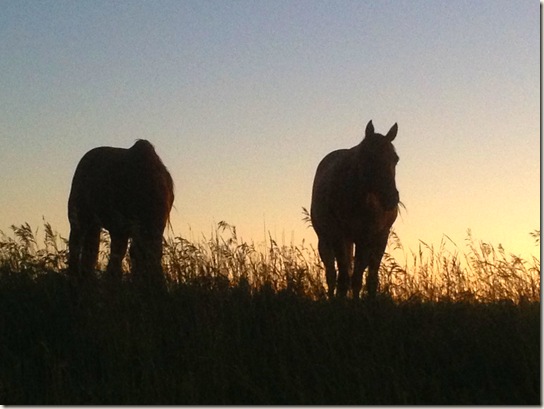 We kept the horses off one of the grazing pastures for as long as possible this spring.  Due to the drought last year, they were terribly overgrazed.  We had some nice rain this spring and they came back pretty good.  So we baled one a few weeks ago and got quite a few round bales which we hadn’t counted on. 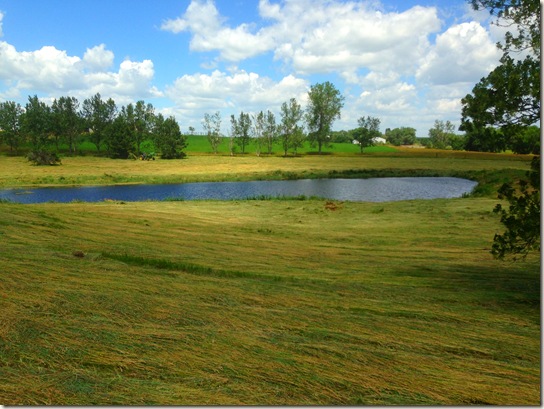 This last week, John mowed the hay pasture and the other grazing pasture.  It looked like we had a three day window with just a 20% chance of a “stray” shower on the third day.  Because of the drought, the weeds, especially sour dock, came up in the places that were lacking grass.  So my job was to pull it before the hay was put into windrows.  I tell you what, I didn’t need to work out at the gym those few days!  I sure got my exercise pulling dock. 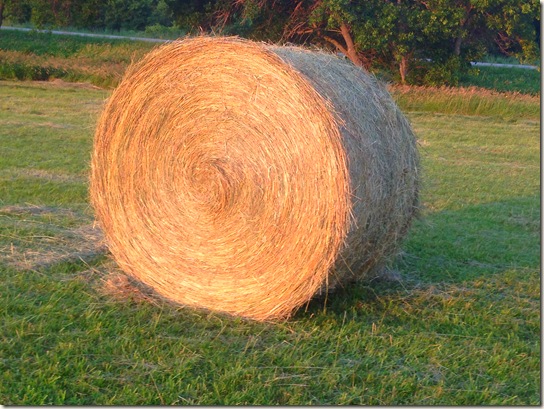 The first day it was down, there were very strong winds.  That, combined with abundant sunshine, and it dried very quickly.  John raked it the next day and before the weekend was over, our neighbor had it baled.   It is usually so stressful putting up hay and watching the weather for rain.  This year we seemed to have found the perfect window. With the first cutting of alfalfa, the hay from the grazing pastures and the hay from the hay field, we are sitting with about 41 round bales.  And the alfalfa is ready to cut again.  What a relief!  With what is already put up, it is easily enough to feed them for two years.  After cutting it so close last winter, I’ve become quite the hay hoarder.  I will always made sure I have a two year reserve before any is ever sold again. 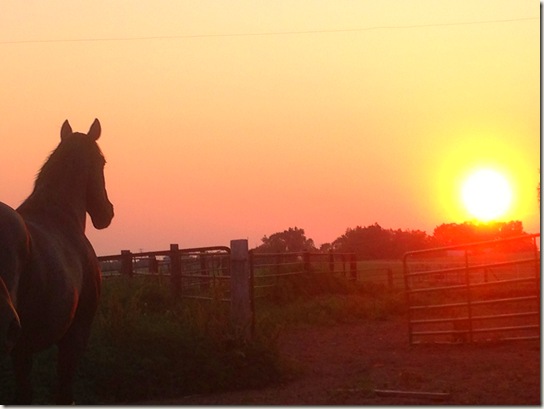 Unfortunately, we are not out of the woods yet with regards to the drought.  We had sufficient rainfall to get a good hay crop but it is still dry.  The cornfields around us are already being irrigated and western Nebraska has not had near the moisture we have and is still suffering.  I’ll continue to pray for rain.