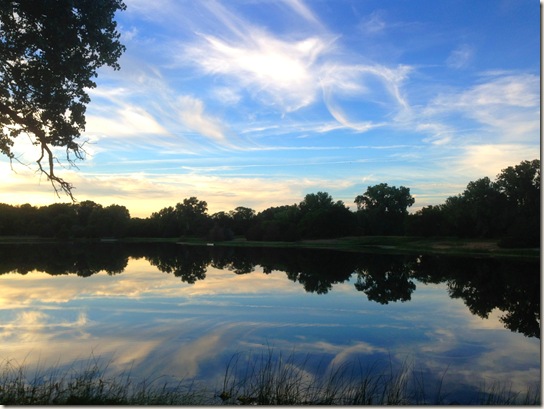 I mentioned to a fellow horse friend that I just haven’t been riding much since we got back from South Dakota.  A few times here and there but not anything to accumulate major Distance Derby miles!  We did hay.  Then its been hot.  Although I have been stealing a few rides here and there, I am not riding like I was last year.   Even though I have lost weight, been exercising, my body has been sabotaging my desire to ride…..

I had absolutely one of the worst rides EVER a few weeks ago.  It was a Wednesday night with the Platte River Riders at Two Rivers State Park.  I twisted the arm of a friend to come ride so hauled both Windy and Fancy.  This particular ride is usually well attended and in the shade for the most part, so I was actually looking forward to it.  It was muggy out, so I put on jean shorts rather than jeans.  A “no-no” to most horse people but when you have hot flashes like I do, minimal clothing helps.  Seriously, you all know how I am about helmet wearing and at this point, I can’t even wear a helmet because of these stupid hot flashes.

We headed down to the river trail and someone mentioned that there was part that was impassable.  There are a lot of side trails that can be taken so I wasn’t real concerned.  When we got to the dike that we usually ride up and over, those in front turned left.  Now I know you can turn left ON the dike and catch a trail but I have never followed a trail below the dike but I don’t know them all, so kept following the leaders. 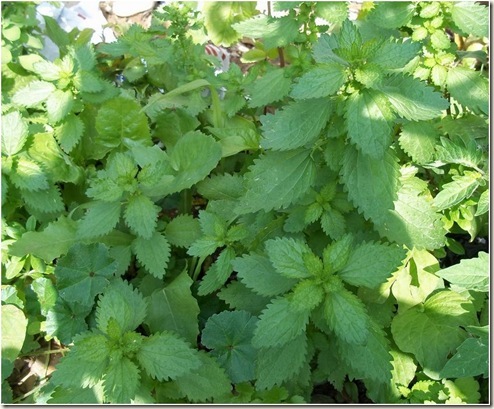 As we are riding along, I notice that Windy is becoming a bit agitated.  I am sure I mentioned here before that Windy has severe reactions to nettles and I look down and we are in the thick of them.  About that time, she starts what I call her Mexican Hat Dance – stomping, twisting and wanting to bolt the hell out of there.  We are in heavy woods by now and any bolting would involve flying through brush, trees and what-not and really, not that she has ever bolted, but I always feel like nettles would be a reason to do just that.  There are horses to the front of me, horses to the back of me and trees all around us.  Literally no where to go.  And what little trail we were following has petered out.

Did I mention it was hot?  And muggy?  And I have hot flashes which are intensified by heat and stress?  I can no longer keep her still and know I would be better off on the ground than in the saddle.  Some might argue that thought but I know me and I know my horse.  I dismounted.  Did I mention I was wearing shorts?  Ah, yeah.  Immediately I knew what Windy was feeling.  Nettles sting!

By now Windy was pretty much out of control.  One of the other riders thought they could get us out and I asked him to pony her.  He took hold of her reins to lead her out.  I thought we could ride double on Fancy but I couldn’t swing over behind the saddle.  There was nothing to stand on and my energy was being sucked up by the humidity, so I followed the other riders on foot …. through the nettles.

Unfortunately, we couldn’t find an out.  At this point, we had cleared the nettles a bit.  I took Windy’s reins again while the riders kept looking for a trail.  Finally, I pulled out my iPhone which had my Garmin app on and started retracing our tracks.  Unfortunately, we had to wade through the nettles yet again, Windy got excited, my finger touched the screen of my iPhone as I was passing it to another rider and I lost the tracks.  There was no way I could hold her and reload the program in my phone, so we were stuck again.  But someone else found the “out” about that time, and we made it back to the main trail. 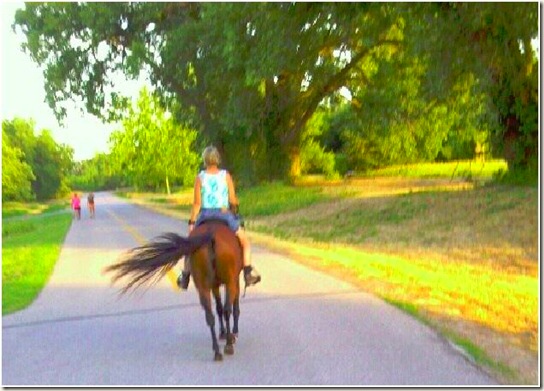 Once on the trail, I remounted.  Windy had settled down and we went back to the trailers.  My legs had welts from the nettles.  I washed up at the trailer and rubbed Windy’s legs.  Unlike poison ivy, nettles only sting but don’t leave any oils to continue irritation.  I learned two other horses had the same reaction, so I wasn’t alone.  Most of the others rode on and some friends waited for me and we rode out a few minutes later and stayed off the river trails. 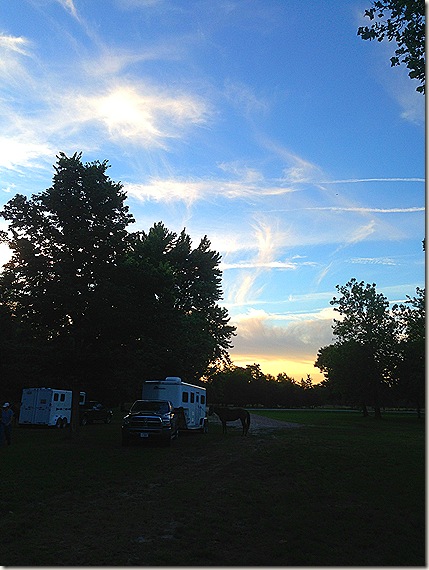 I always say that any time in the saddle is a good time but not true this particular evening.  It was probably worse than when I took a head dive off The Black because it seemed to last forever.  Bottom line is this:  I have not heard of anyone dying from hot flashes yet, but I just might be the first.  I have been riding helmetless because once a hot flash starts, it goes straight up the back of my neck onto my head.  Literally, I feel like my head is a fireball.  My bra becomes instantly soaked and my jeans or riding pants stick to me like glue.  Sorry for the detail but it is what it is.  It is not how many hot flashes a day I have, but per hour and it seems to be getting worse.

I have talked to friends who have experienced this; I have read everything I can find on the internet.  I have visited with my doctor a few times and tried some remedies to no avail.  I am pulling out the big guns and seeing a specialist later this month.  I am ready to make Baby a PMU horse if it will provide me some relief! 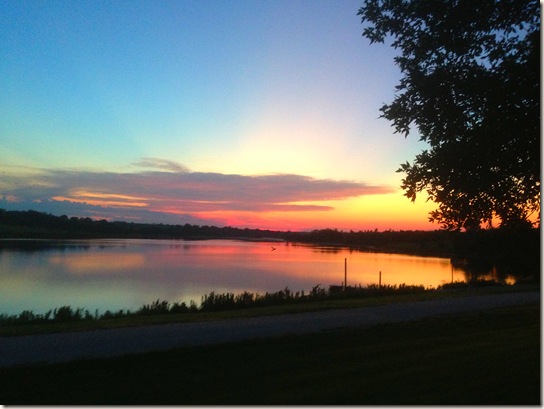 In the meantime, I’ve been doing some short rides but have to say I have been walking or riding my bike more than I have been riding.  I can wait until almost dusk when the temperature has dropped some before heading out.  The dogs are loving these outings.  I am not going to let this “change of life” beat me – I’ll go down fighting -  but just need to find the right ammo.