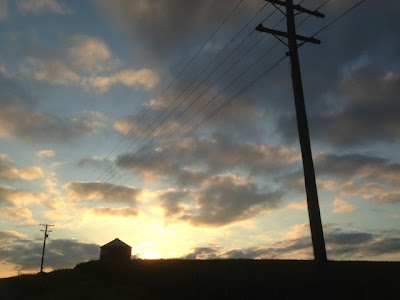 I can't believe I haven't posted anything in August.  I've been around and could have; spending way too much time on Facebook most likely and not doing anything productive or necessarily horse related.  Oh, a few rides here and there but nothing really exciting.  Isn't that life, though? 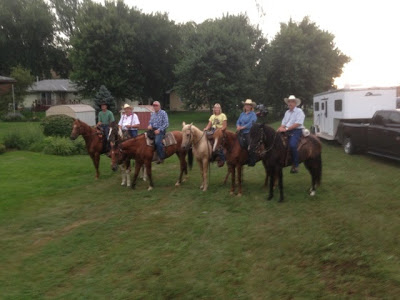 Last Thursday was our county's fair parade.  I usually try to ride in it only missing a year or so in the last few.  John was able to go this time, too and it would be Fancy's first time.  We loaded up and met some of the other Platte River Riders.  The horses are always the last entry in the parade and by the time we reached downtown, a storm was moving in quickly and a policeman stopped us and said the parade was over and head to the trailers; there were 70 mph winds expected. 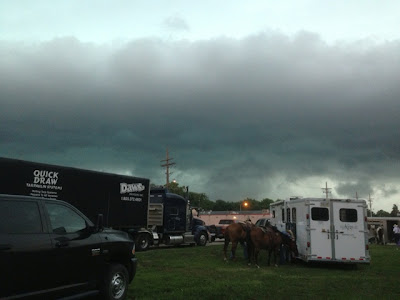 The horses dispersed and John and I trotted back down the brick street the 5 or 6 blocks to the trailer.  We quickly unsaddled and had just loaded the mares when the big drops of rain started to come down.  It was quite a storm and glad we weren't in the middle of the parade when it hit! 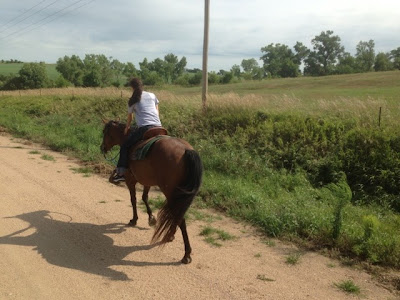 This past weekend, my brother and niece came out intent on riding.  When he stayed with us years ago, they both enjoyed the horses and I was glad they were interested in riding now.  Jayden has always been fond of Windy, so that was her mount for the morning.  It is always fun to watch someone else ride my horse; it happens so infrequently.  Windy was a good girl for her. 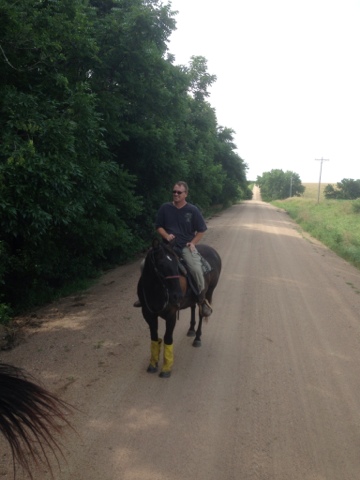 My brother rode Blue.  He hadn't been out for awhile, so it was good that he got a little saddle time, too.  He needs to earn his hay!  (Blue, not my brother.) 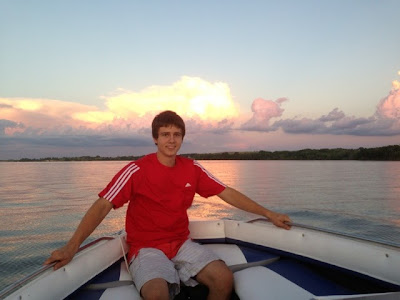 We've had the boat out a couple of times the last few weekends.  I even tried to ski once.  I got up every time but couldn't sustain it when there would be slack in the rope.  If there weren't 4 grown men in the boat, it might have worked better for me.  I'm anxious to try again next time.   (Son, Case, pictured above). 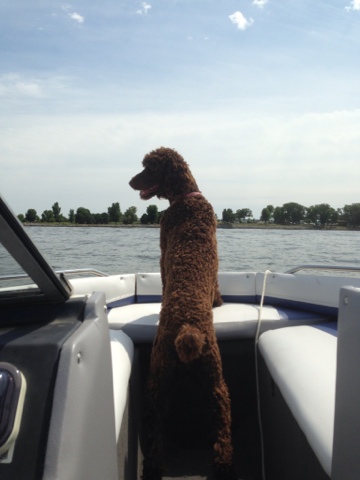 Lots of things coming up;  my first 5K on Saturday (which I will probably walk more than run), Renee's Ride next weekend and the NHTC Trail Challenge in early September.  Then of course, Cowgirl Weekend (and week) with my friends.  I've finally found some relief from the hot flashes and feel almost normal again, so hoping to finish off the summer with a lot more time in the saddle.