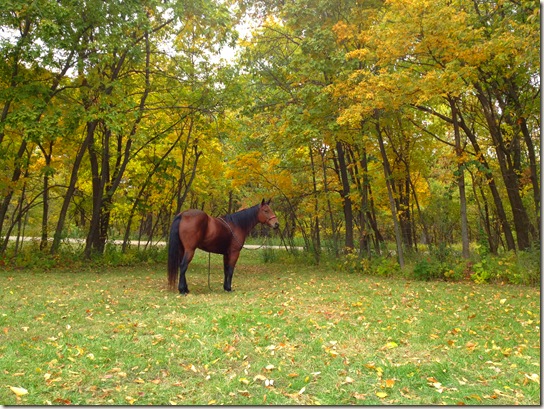 I mentioned in yesterday’s post that I have signed up for the Ne-Kota Turkey Trot competitive trail ride (CTR) at Turkey Creek Ranch next month.  Although I planned to do the Indian Cave CTR in October, I had penciled in the other one pending Case’s sports events.  When it appears to have opened up, I mentioned to John that it would be fun to do together, so that is the plan right now.  In 2004, I competed on John’s late, great Ginger but John himself has never tried it.  Fancy is a little more level minded so I think he would have a great first CTR experience. 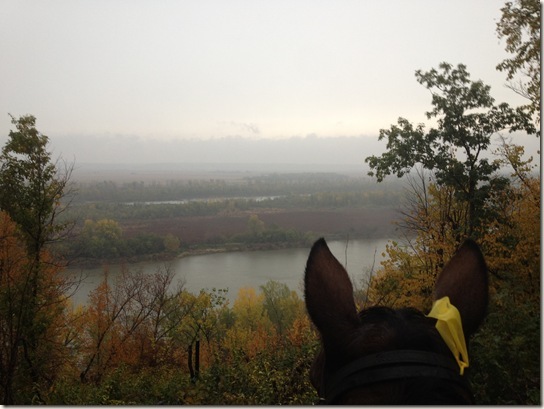 You may or may not recall that I did enter the Indian Cave CTR last October and we didn’t do so well.   We were in a drought all last summer but the heavens opened up that weekend and the rain made the trails at Indian Cave a muddy, slippery mess.  Windy was high as a kite and didn’t vet out very well at the first vet check, so I pulled after a measly five or so miles.  We had done so well at this CTR a couple years earlier so I was disappointed.  This year is the 40th anniversary of the Indian Cave CTR and I am ready to go again. 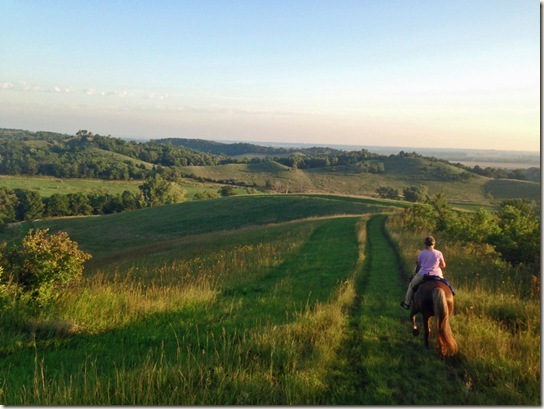 My friend, Shari, is the ride manager for the Ne-Kota Turkey Trot.  She and other members of the Nebraska Endurance and Competitive Trails Assoc. (NECTRA) have been working all summer mapping trails and planning for this event.  Not unlike Indian Cave, there are some wonderful trails, big climbs and awesome views at Turkey Creek.   Sarah is the ride manager for Indian Cave and many from the same group have been prepping for that ride, too.

If you have ever been interested in trying competitive trail riding, now is the time.  We are very lucky to have two rides so close to the cities and NECTRA is a great group to introduce you to the sport.  Remember, a CTR is not a race.  It is a timed event.  You follow a map, get an opportunity to show off your horsemanship skills and have your horse vet checked numerous times though out the weekend.  For novice entries, you will ride about 20 miles the first day and less the second.  Any breed of horse can do this type of ride.  If you are a regular trail rider, you horse should be ready to handle this type of ride.  You need no special equipment except your own trail saddle.

Give the Ne-Kota Turkey Trot a try and if you like it, perhaps we’ll see you at Indian Cave, too.  I am looking forward to amping it up a bit and enjoying the ride at these beautiful locations.

These rides are sanctioned by the North American Trail Ride Conference (NATRC).  For information and rules, see www.natrc.org.