We Did It Again! 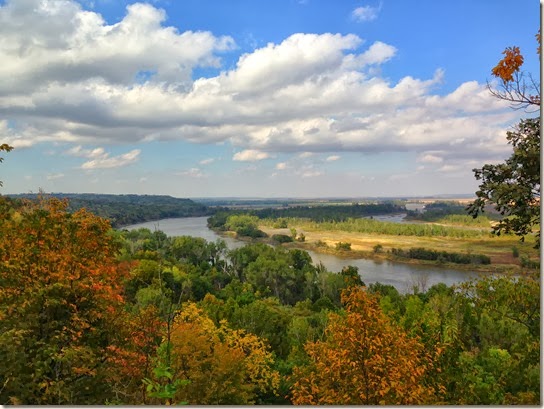 We had so much time at the Turkey Trot that we decided to do it again.  This past weekend was our Competitive Trail Ride at Indian Cave.  I had planned to ride it and after John got a taste of CTR at the Turkey Trot, he was game to do another one.  I had teased him that I was going to take Fancy and he said he would ride Windy.  Gulp.  I don't know about THAT!  As the day grew closer, I mentioned that I should probably ride Windy and he said he didn't care but that I do ride Fancy quite a bit where he doesn't have the opportunity to ride Windy ... like EVER.  So what I was reading between the lines is that he wanted to ride Windy so he did. 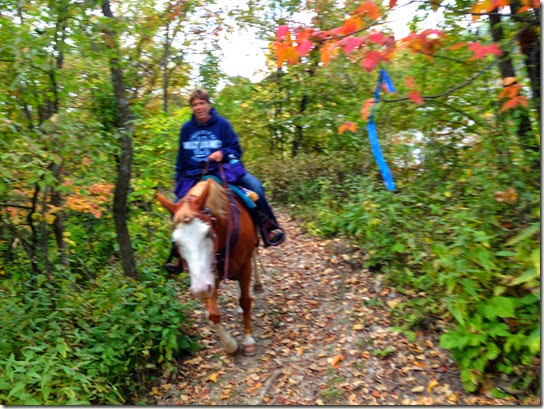 I recruited my friend Sharron and her horse, Boomer, as first time competitors.  She had never rode at Indian Cave, nor done a CTR but she and Boomer rock at the various trail challenges and she loves to ride as much as I do.  We convoyed down to IC on Friday morning and set up camp next to Shari and Mika.  Shari was mentoring our friend, Carol, on her first ride.

We checked in and showed the horse to the judge.  I used the "walk while lunging" that the last judge recommended.  I thought it looked okay but she did cut in front of me changing direction.  I was dinged for that and asked to make bigger circles next time. 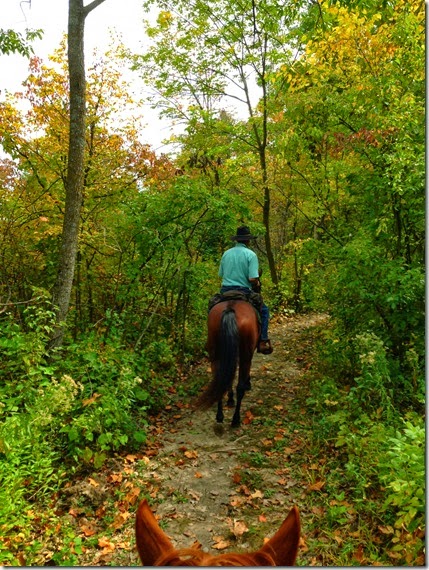 Unlike last year’s Indian Cave ride, the weather was pretty close to perfect and we rode out around 7:30 on Saturday AM.  We were scheduled to ride 19 miles.  The horsemanship judge observed us on a downhill right away and the vet judge wasn't far away asking us for a trot across an open area down toward the trail.  I didn't think I could screw either of those up too bad but my score card said I had upper body sway when going down hill.  It tickled me because I was trying something new and I guess it didn't work.  Lost a point there!

The next thing we were asked to do was step over 2 logs that were off the trail.  They weren't big logs and were kind of uneven, perhaps one higher than the other.  Plus it was going uphill.  How hard could this be?  Evidently harder than I thought because Fancy clipped every log.  Horsemanship I got a "fair" but didn't lose any points.  Fancy lost 1 point. 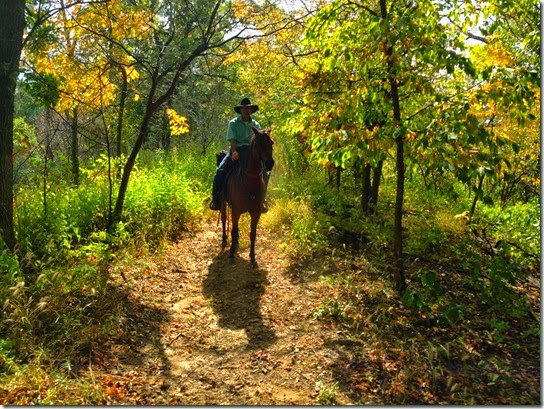 Later we were asked to step over a log and count to 5.  Fancy & I both got “Excellents” on our score card.  Whew!  And just so you know,
Windy kind of stumbled thru the first logs like Fancy did but did
well stepping and standing on the log.  So I kind of thought we were pretty even at this point.

The last thing we did was an offside mount onto a big tree stump
and then remount without the horse moving.  I got an “Excellent” on
that; Fancy stood very nice.  As a bonus, the judge told me my ass looked nice in my tights.  (Female judge).  When you are 52-years old and just lost 30+ pounds, you will take "nice ass" from anyone.  John got dinged on this one - not because he doesn't have a nice ass, he does, but because his foot bumped Windy's rump when getting on. 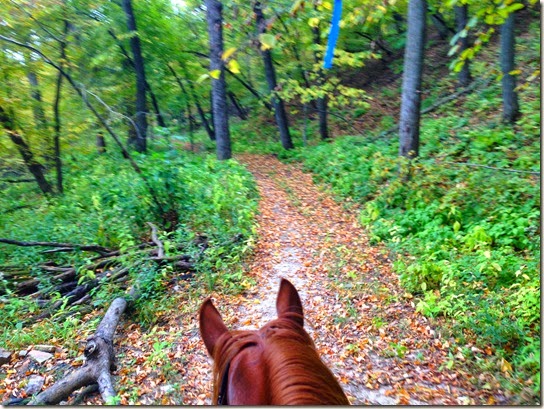 We had a hard time finding a pocket in our ride that day.  The riders were pretty evenly paced and we would bunch up often.  When we finally got out to the front, we moved out pretty quickly.  We didn't break a trot but GPS said we were moving 12 mph which is an awesome ride at an extended trot.

At vet check after the ride, Fancy had a bump by her girth and lost a point.  It could have been there before - she had a lot of bug bites but neither vet or I noticed it.  That would be the only point she lost on soundness or condition all weekend.  She pulsed down good at the P & Rs.  Once I pulled the saddle because her respirations were pretty high but her outgoing was always good.
Windy lost a point on gut sounds as she was up 1 from her check in.  That was the only point she lost in condition and soundness, too. 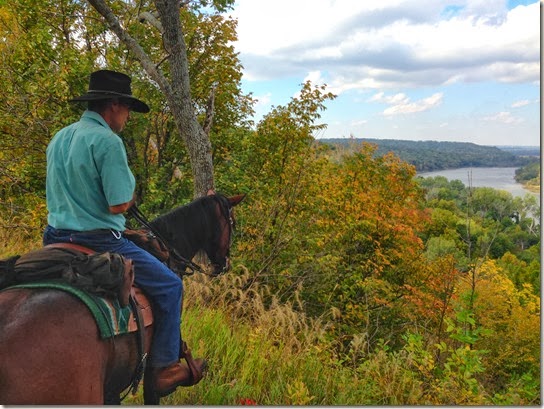 I really thought John and I were pretty even.  When the judge let us see our horsemanship card on Saturday night, I was pleased that my score was higher than John’s.  I felt pretty darn good about that.

But then it all went to hell.

The next day, the ride was 13 miles, the map reversed with some trail taken out.  I was a little disappointed with the mapping because I know there are more trails at Indian Cave that could be used that Sharron hasn't seen but I also know that without volunteers to help clear or mark trail, it is hard to get too creative.  And I always have said taking the trail a different direction gives you a different perspective and it did. 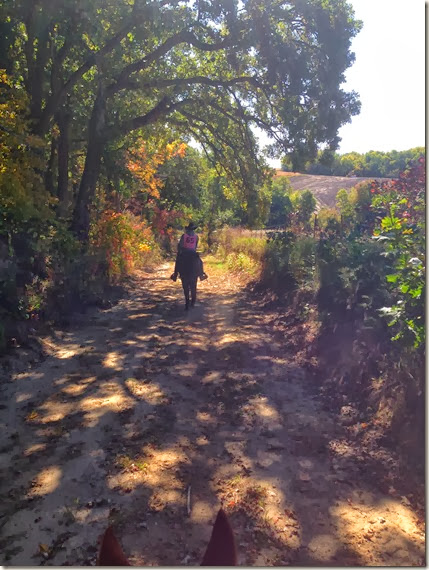 Sunday morning we were to do a trot out at 7:15.  I'm a morning person as far as getting up, but doing anything is tough for me.  I hadn't given our trailer a full battery charge before we left and I barely had light when we got up.  John upset the coffee pot so no coffee and by the time we got to breakfast, all the eggs were all gone and I was cold and I forgot to get coffee from that pot.  I would never make a cowboy because saddling in the dark was a challenge.  While
warming up the horses, Fancy had 2 big spooks and both times, I about went off.  I think she was seeing shadows and I am not use to her spooking.  Plus I had just oiled my saddle.  Thank goodness my riding pants had suede on the knees.  We trotted out by the judges in the morning.  My card said I was balancing too much on the reins and I probably was.

The first obstacle was opening a gate and going through it.  John went first and he and Windy did okay.  Windy and I have done a lot of gates but as I learned from the previous CTR, what Windy knows doesn’t really matter – it’s how she feels on that particular day!  John has opened gates on Fancy quite often – even wire gates, so I was hoping for a good showing. 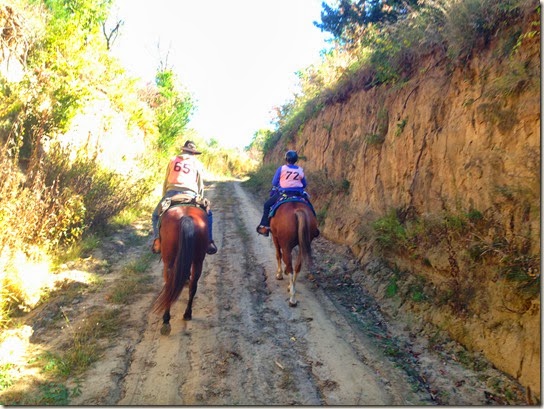 I approached the gate and needed to line her up parallel to get a hold of the gate.  Whenever I would line her up, Windy went out of her line of vision and she would move her but around to see Windy.  Really, Windy was less than 5 foot from her but still….  Rather than “stop, settle & go slow”, I tried some sort of creative gate opening maneuver which could only be described as a big fat FAIL!  Fancy and I both lost a couple points.

The final obstacle was stopping and backing 5 steps.  I thought we did okay – I even counted the five steps out loud.  The vet judge gave Fancy a “good” but the horsemanship judge wasn't as kind.  Use my leg more (-1) and learn to count my steps (-1).   Windy & John both got an excellent for that maneuver so you can see here the tide is starting to change. 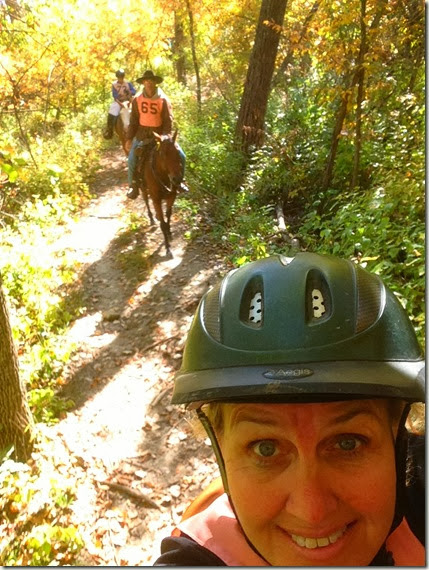 Have I mentioned that Boomer didn't make a mistake on any obstacle?

When we checked out, I tried using a longer lunge line with limited success.  Just something to practice.  Fancy's condition and soundness was good, the girth bump gone.  Windy and John checked out good, too.

I want to comment here because when we talk about CTR, we tend to think so much about the obstacles.  While they are important in the game and probably the thing we stress out over the most, they are only worth 15 of the 100 points.
Condition (40) and soundness (45)  are worth 85 points.  Windy and Fancy only lost 1 point each for condition and soundness.

When the awards were announced, I help my last place position in horsemanship.  I came in 5th out of 5 contestants.  Always the bridesmaid, never
the bride.  John came in 2nd and the horsemanship winner in our class was a CTR regular, so I was real proud of John for getting close – especially on my horse. 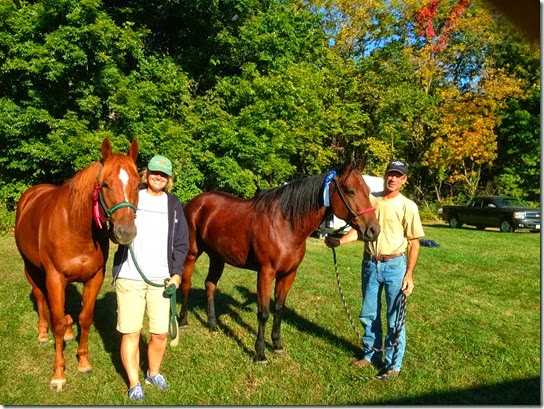 When they started announcing the horse ribbons, I figured Boomer would be the #1 horse.  He didn’t miss an obstacle and the vet loved him.  So I was surprised when he got 4th place and even more surprised when Fancy was called as the 2nd place horse.  Wow!  And then, just as exciting if not more, Windy was called as the 1st place horse.   The only thing sweeter would have been if I was riding her.

Boomer lost points because of the capillary refill on conditioning.  He vetted in on Saturday and Sunday higher than the Friday baseline.  So even though he excelled at the obstacles, the conditioning of the horse has a greater value in this competition.  I think sometimes we forget about that.  Sharron did talk to the
vet afterwards to ask how she could improve it and the vet suggested electrolytes.  The vet went on to tell Sharron that her horse is awesome; that he is either very confident or has a lot of confidence in her.  He was so impressed at how he listened to her and never paid any mind to other horses or activity around him.  He said several times he would like to own Boomer.  So she felt
very good about that.  Sharron and Boomer got the first time competitor’s high point award.