Keeping ourselves amused as we wait out the polar vortex, our photo challenge for the early part of the week was to simply photograph the worst looking thing in your barn or tack room that is still in use.  I was, perhaps, too quick in the definition because as I wandered around in the barn looking for the worst looking thing, I realized that a lot of the items are “old” but not necessarily the “worst” looking.   And then I started seeing the pictures that were submitted and loved reading the stories.

I really want to thank my Horsetales friends for coming up with some great photos and I really enjoyed reading the narratives that went with the submissions.  This time, I am going to ask all those reading this blog to be the judges.  (And yes, those of you who submitted can also judge.)    If you look over in the right hand column, you will be asked to vote on the following criteria:

Please scroll through the pictures below.  I hope you enjoy the narratives that were submitted with each one. 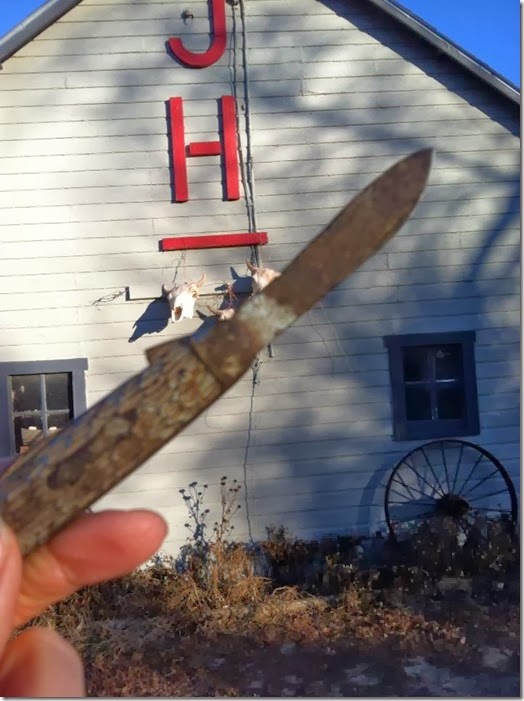 ^Anita Hertner:  This is my 50+ year old Boy Scout knife that has cut thousands of bale strings, cleaned out hooves, cut lead rope in emergency, cut bandages, gone camping and on lots of trail rides. Etc. 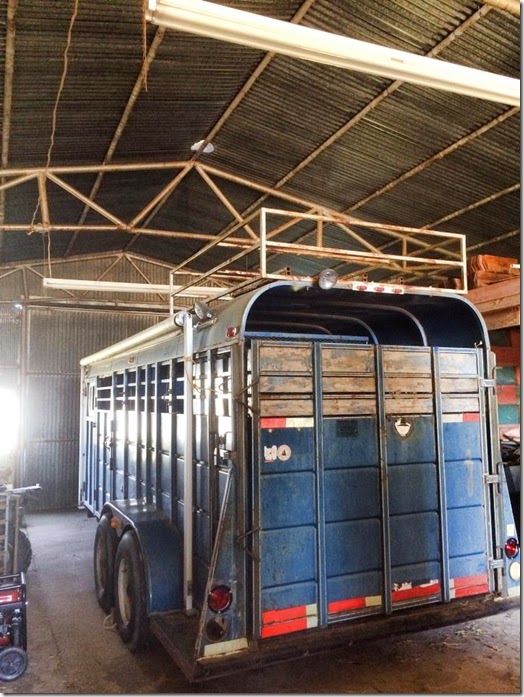 From Katja:  This is probably a pretty pathetic submission, but my lead rope is the worst looking thing I still use these days. It's gotten chewed to pieces & it feels like it's hanging on by a thread … 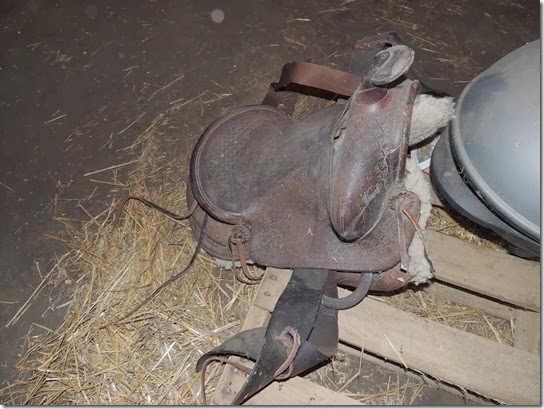 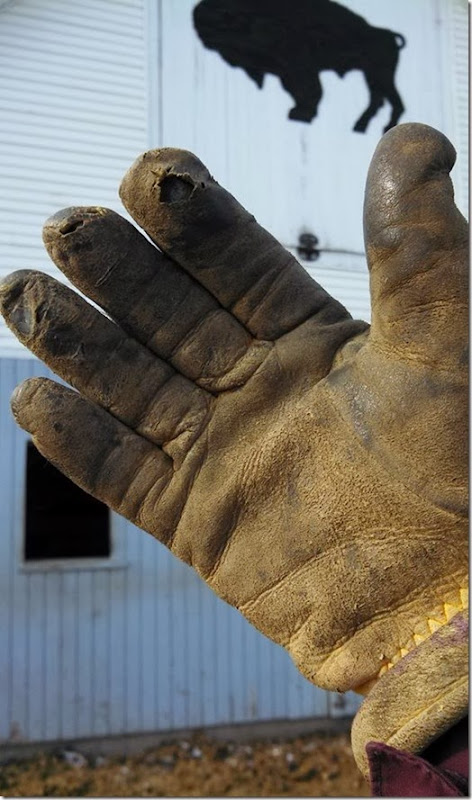 From Mary:  Almost wore out gloves that have cleaned and touched anything related to horses and dogs. 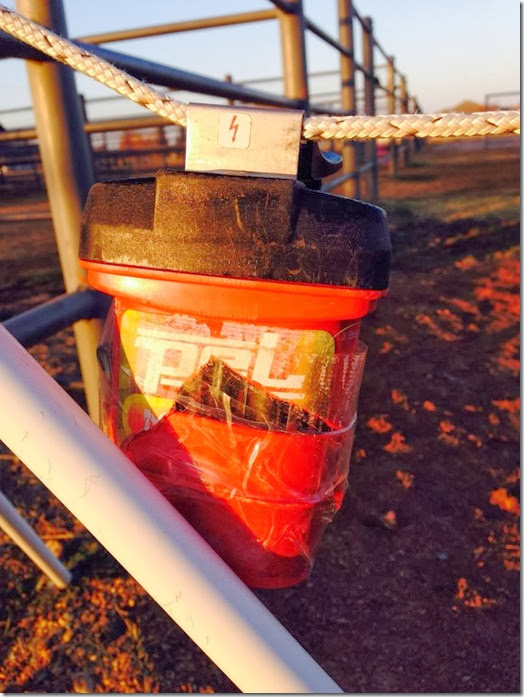 From Sheila:  This is a battery pack for the portable e-corral. The case broke years ago so it's been taped together ever since. Current tape job is clear packing tape, rather than duct tape; I thought that made it look much fancier. 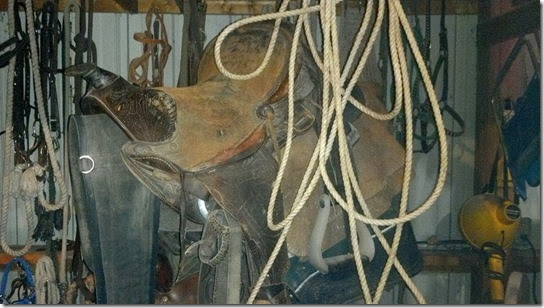 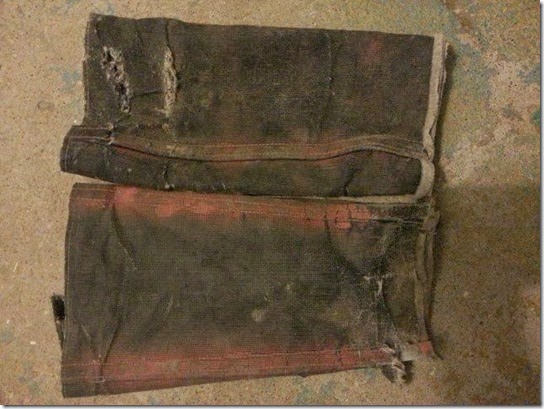 ^From Janet:  These are a pair of very well used fly boots. I see nothing wrong with using them over and over and over again!!! (even though I'm not using them now).  I spray painted them so I could find them in the pasture when they came off. 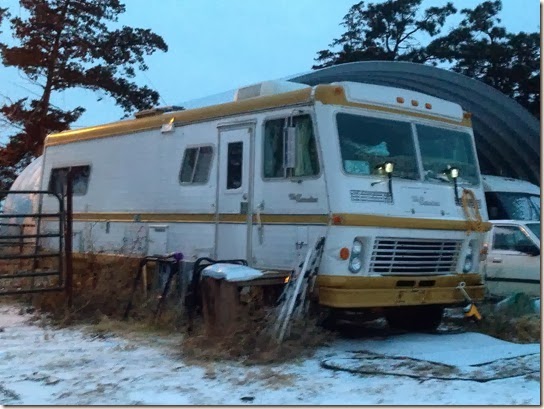 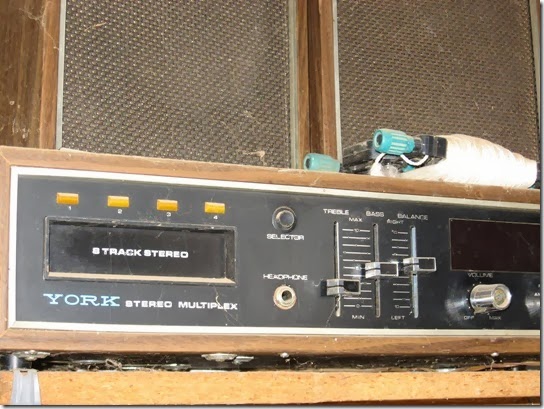 ^From Jodi:  This is my old thing in the barn that we still use.. yes that is a 8 track tape player... 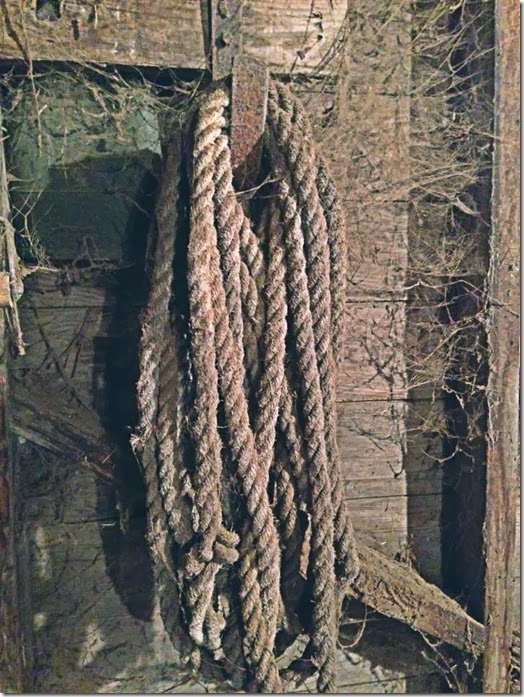 ^Joni:  Yes I have lots of cobwebs. My barn is well over 100 years old. When I moved in the rope was there. I like to imagine that it was used for all sorts of things in that old barn. The barn has stocks for dairy cows and tie stalls for draft horses. I use the rope sometimes to hoist things into my hayloft, like cat food. 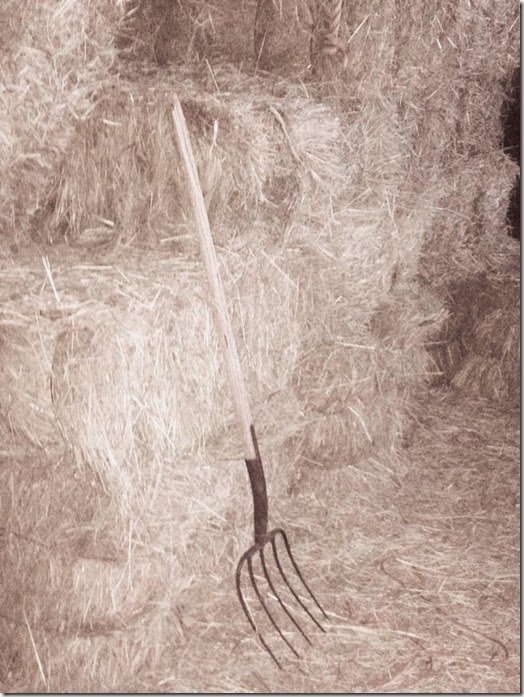 ^Jules:  Old but not ugly, at least not to me. Still use this pitchfork with its broken handle and one tine welded. It was my dads. 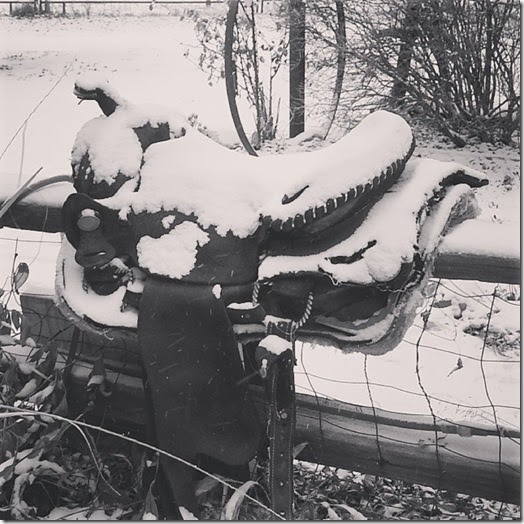 ^Kathy:   This old saddle has a history of being in the Niobrara River for two months before found. Its now an ornament.  It is quite the story. Zuni and I was crossing the river and he stepped in a hole and he and I fell in the water. Zuni ran to the steep bank and fell again. He would not get up , he just gave up and laid in the water.  I had to hold his head up to keep him from drowning. The only way I could get him up was to pull the saddle off.  I took the saddle and threw it on the bank to tend to my horse. The saddle fell in the water and disappeared.  Rich looked for it but it was not to be found.  Two months later the rancher found it under some trees in the river with crawdads living in it.  We tried to oil it and save it but it is only good now as an ornament. 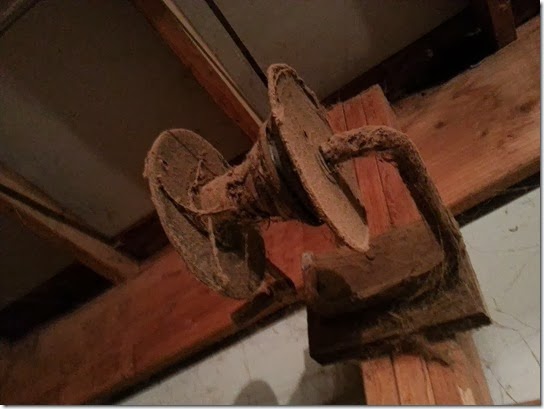 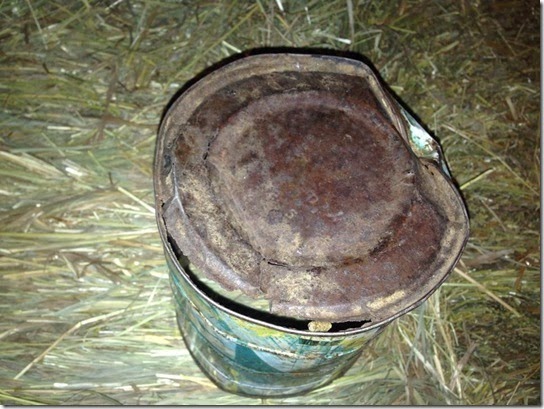 ^Shari:  My trusty feed can for the past 20 years. A little holey and dented on the bottom, but it transfers most of the grain from bin to feed pan. ^Shelly:  My tack box that I made about 17 yrs ago and still is in use 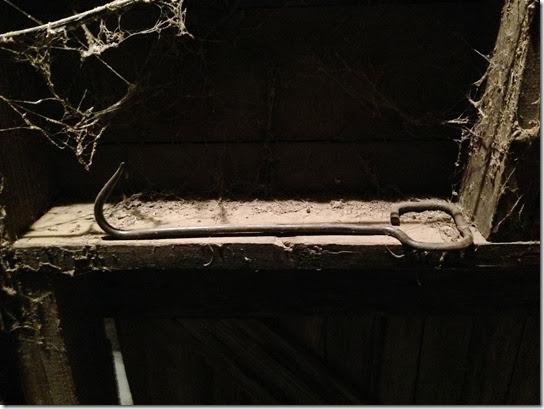 ^Tammy:  We "built" our farm. It sits on what once was an oats field when we moved in our 100 year old house. Then a few years later, we moved in an old barn. Here is the hay bale hook that we use in the hayloft of that barn. John thinks it probably came with the barn - who knows? To us its a useful tool. But in this picture, it looks like it could be used in a horror flick!


Remember, look in the right hand column and vote for your favorites.

Comments are always welcome and fun to read.  Hit the Comments button below!