I picked a bad time to buy a trailer.  November.  What was I thinking?  The cold months had not even started yet.  We brought it home, had one or two day outings and then there it sat in the cold shed while we went to San Diego, while we had Christmas, and saw the New Year in. Once in January or February, I went out to see if I could find something that I may have stored in it and was surprised to find the memory foam mattress frozen!  I didn’t know memory foam froze, did you? 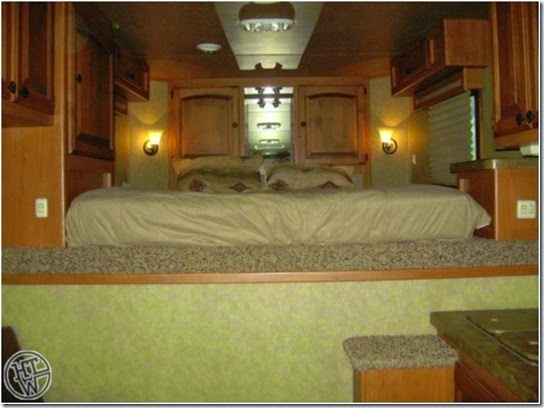 But while I couldn’t camp, I could shop.  This trailer is just about perfect in every way except for the muted tones;  brown, neutral color… dark.  My Sundowner had an off white floor and colored countertops.  It was light and fresh.  This one – while very tastefully done – just lacked color.  It needed some pizzazz.    And anyway, those people on the Horse Trailer Conversion site can’t have all the fun now, can they? 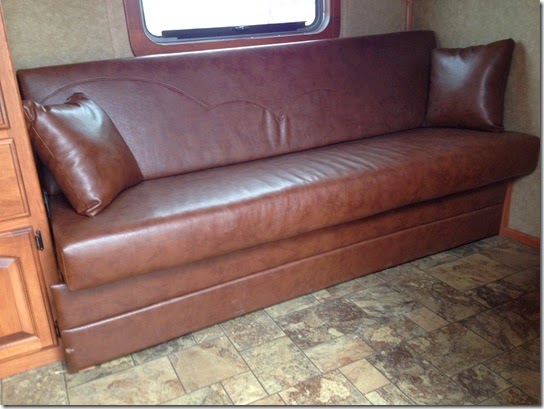 The first thing you see when you walk in the door was the dark brown couch.  I was thrilled that it is not fabric because it makes it much more suitable for my canine companions. 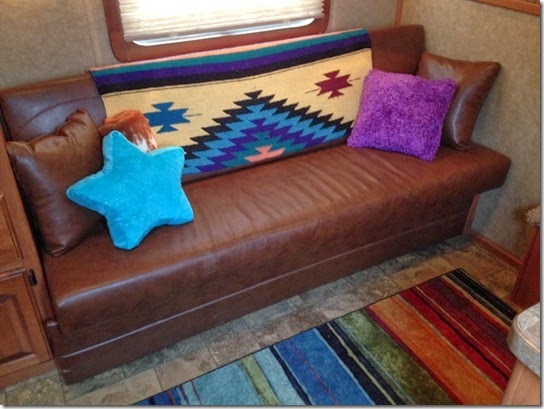 About 15 or so years ago, we were in Mexico where I picked up this blanket.  I tossed it over the couch and it became the focal point of the trailer.  I decided to decorate around those colors. 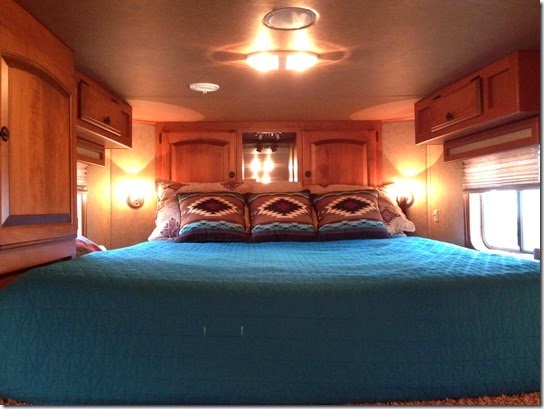 I started searching for bedspreads with a western or equine theme.  There are a lot in shades of brown!  And microfiber galore!  Microfiber and dogs don’t do well.  Microfiber and hot flashes don’t do well.  I wanted cotton.  Then a friend said about decorating her own trailer, “we already know it’s a horse trailer”, while pondering the bedspread debacle and a light bulb went off that I could go solid color instead.  And I did.  The pillows I found on Amazon – they are the most uncomfortable pillows I could have found – but they match and who sleeps on throw pillows anyway?  (I won’t answer that because I do and I kept my old throw pillow hidden up by the bed for just that reason.) 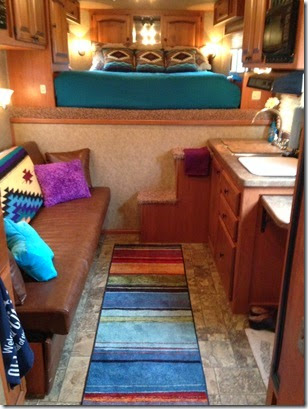 The rest was just a matter of adding little touches here and there to accent the colors of the blanket.  I found this runner rug online and it costs less than those uncomfortable throw pillows. 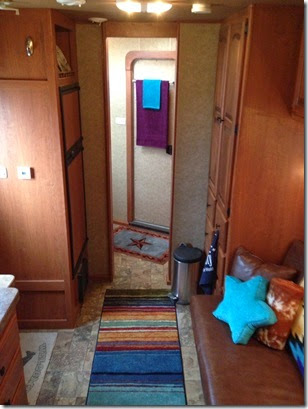 My friend, Kathy, bought me the rug with a star for my birthday.  It was one I had already picked out and had in a shopping cart but hadn’t bought yet.  How cool is that? 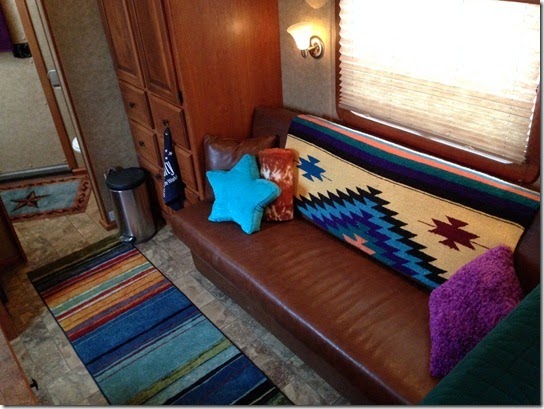 The handles to the cupboards all have stars on them so the star theme was subtly (or not so subtly) mixed in.  I found the star pillow and the purple pillow at Walmart for $8 each in the teen bedding section. 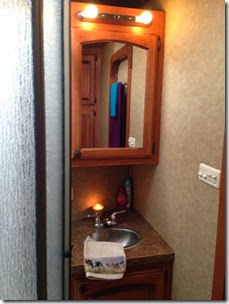 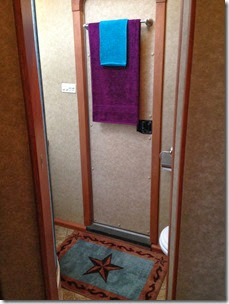 Speaking of Walmart, I picked up the colored towels there for less than $4.  While I was hanging towels, I found there were no hand towel bars.  So I made a note to pick up a couple – one for the bathroom and one for the galley. 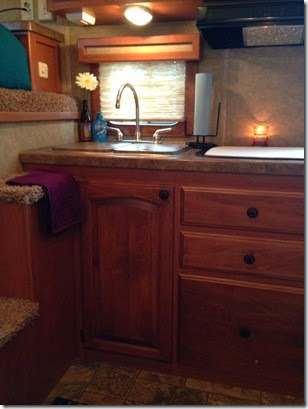 I’ll put a towel ring on that large step where the towel is shown in the picture.  If you look closely, my friend, Lori, gave me the daisy in a bottle of Giddy-Up beer.  Its perfect for this space. 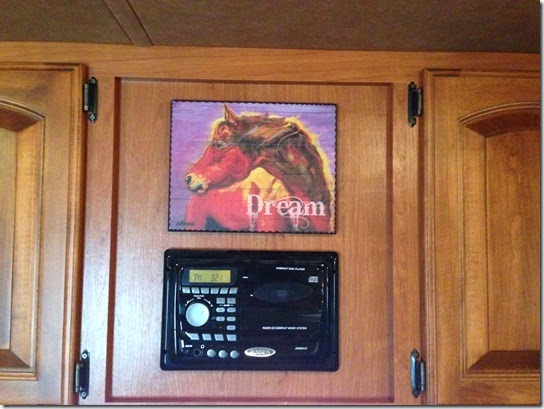 Kathy bought me this picture last fall.  She thought it looked a lot like Fancy and it does.  It has found the perfect place in my dream home.  Fitting, huh?

Now if we could have a break in the weather, it’s time to ride.