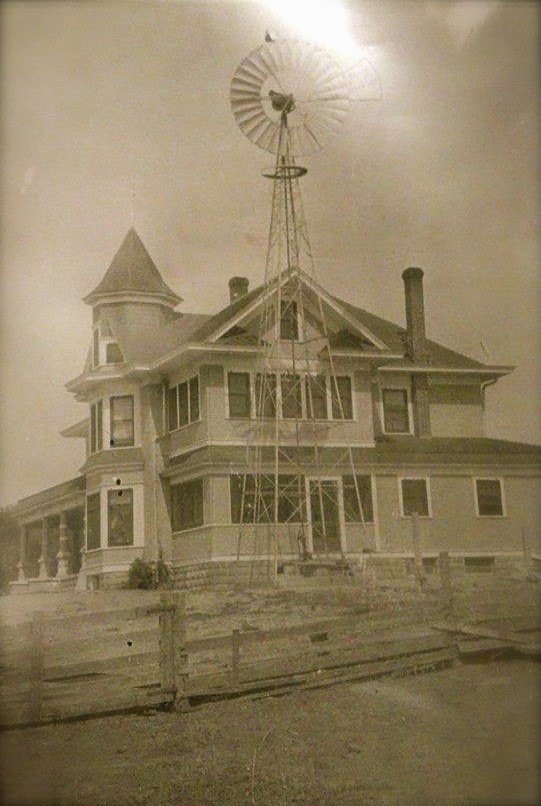 Certainly not horse related but since my blog is a diary of sorts, I thought I would save this story here so I can remember it when I am old and gray.   You might or might not find it of interest or you may have a similar "place" that you remember from your childhood. 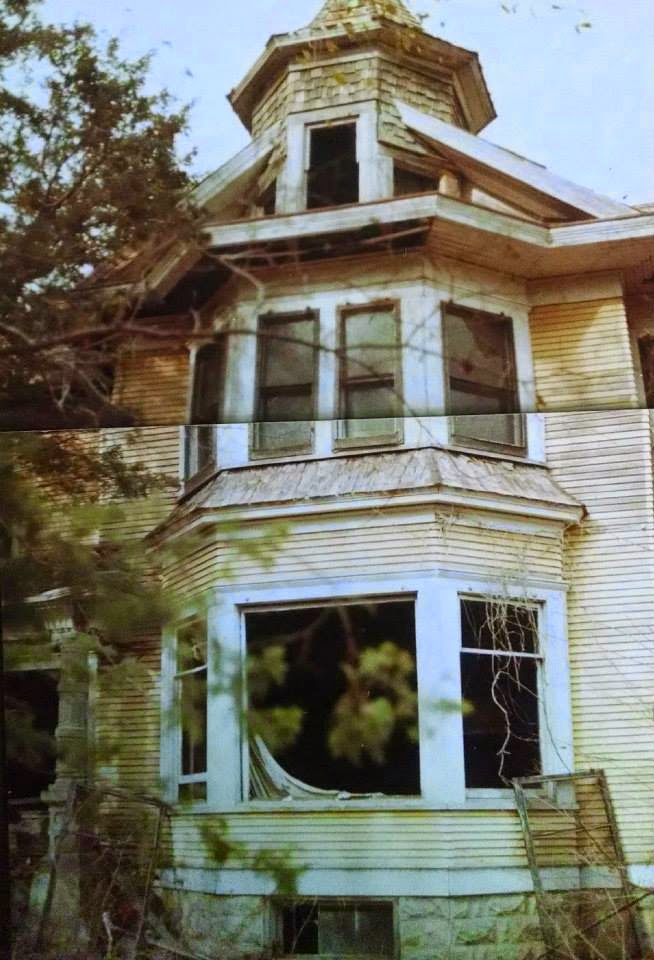 Powell's Mansion was an old deserted home south of Hardy, Nebraska - just across the river into Kansas.  For a long time, I thought it was "Pal's Mansion".  Anyone who had grown up in the Superior/Hardy area in the 70's knows the house I am talking about.  And from recent Facebook posts, it seems the legend continued in the 80's and 90's.  These pictures were shared by an underclassman who did a story for our school newspaper, The Flashlight, most likely in 1980 or 1981. 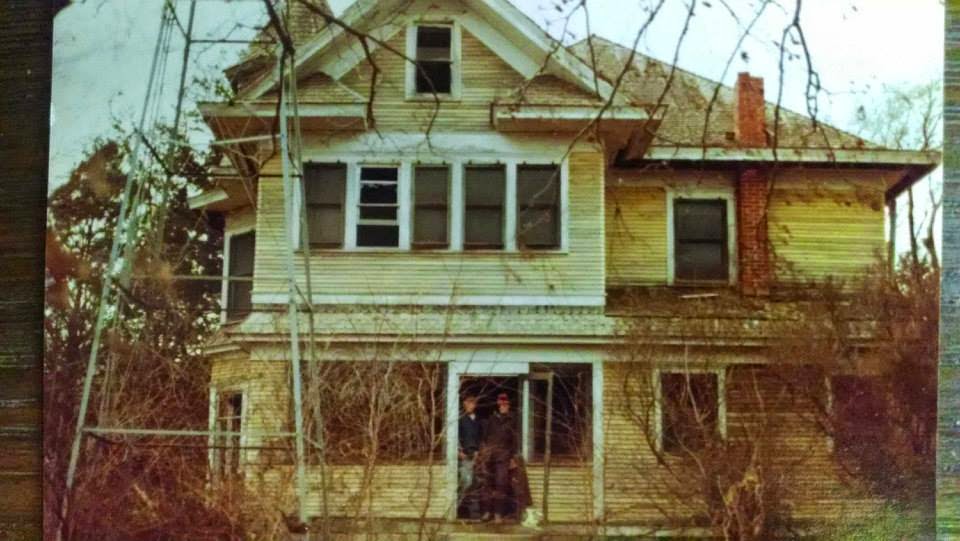 The story as I remember was this spectacular home was built by a man named George Powell. Shortly after moving in, the house burned to the ground.  Mr. Powell rebuilt the house and tragedy struck again!  After moving into the home, his wife died unexpectedly and her death was unexplained.  Believing the house was cursed, he quickly abandoned it, leaving dishes, clothes and possessions behind. 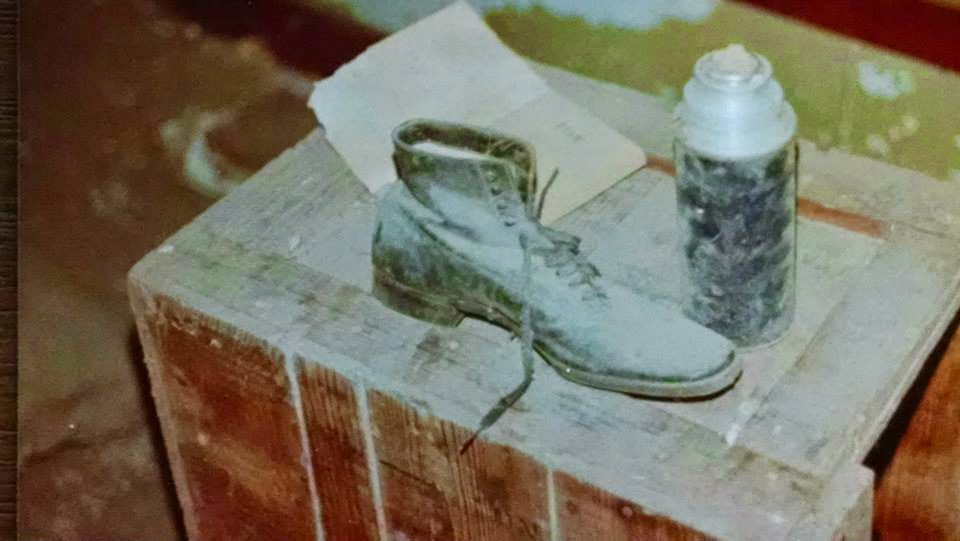 The fact that there was a cemetery right next to this house made it all the more convincing that it was a haunted house. Or so we believed. Many times we cruised over to Powell's Mansion, leaving the car in the cemetery drive and sneaking through the trees to gain access though the back door. 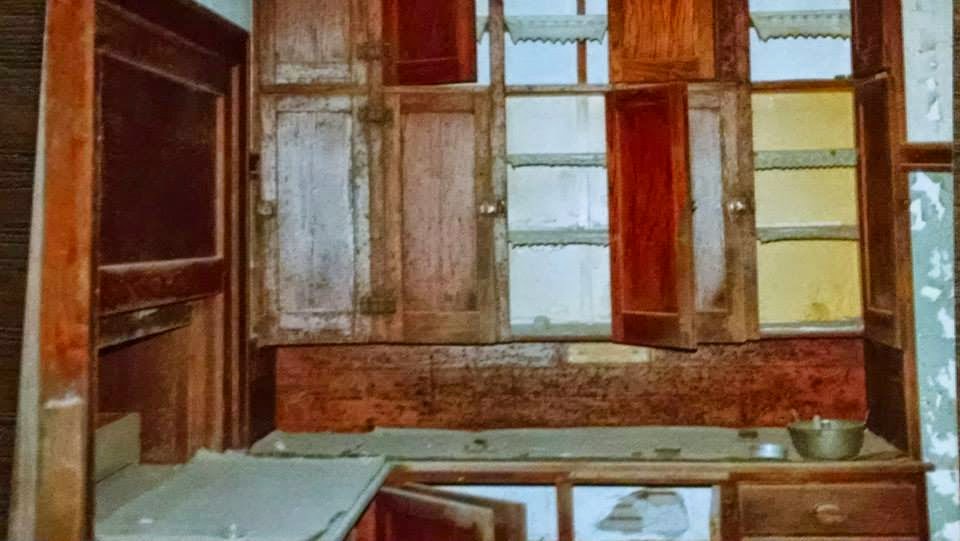 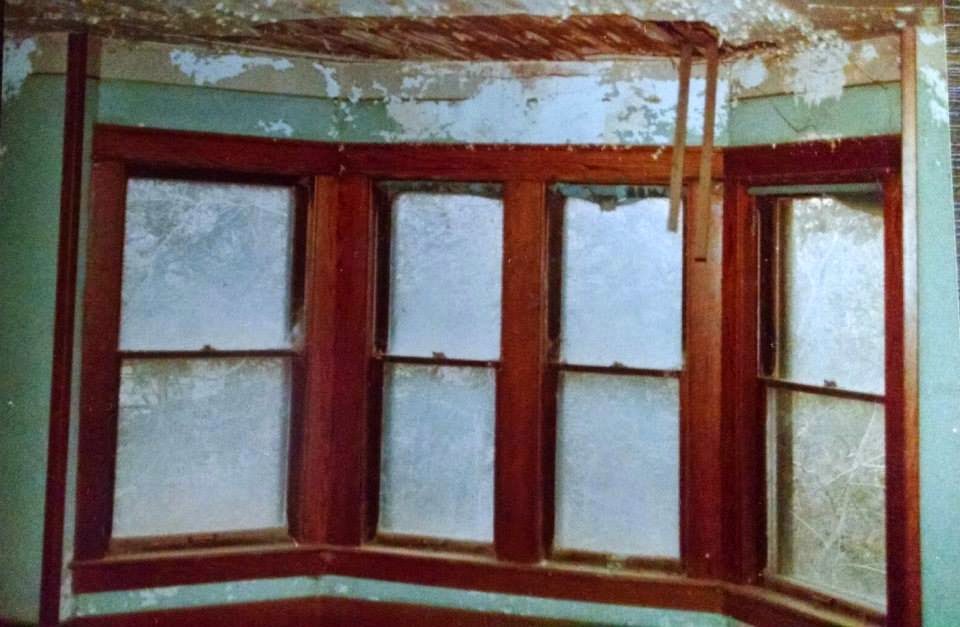 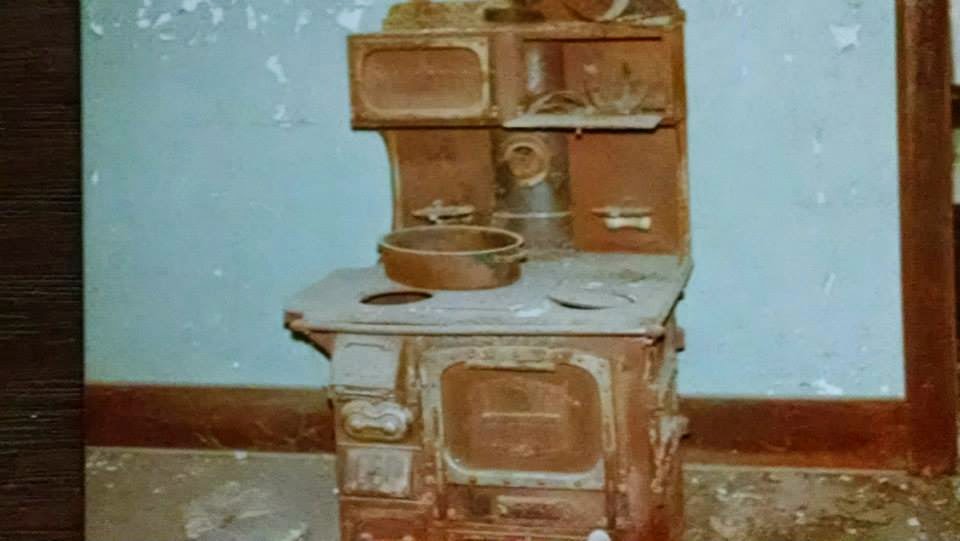 Using a flashlight to stumble our way through the rooms of the mansion, the story certainly held up.  I recall seeing books and clothing strewn around the house.   There were still pans and dishes in the kitchen however, looking at these pictures, it doesn't appear to be a life interrupted as much as we wanted to believe it was at the time. 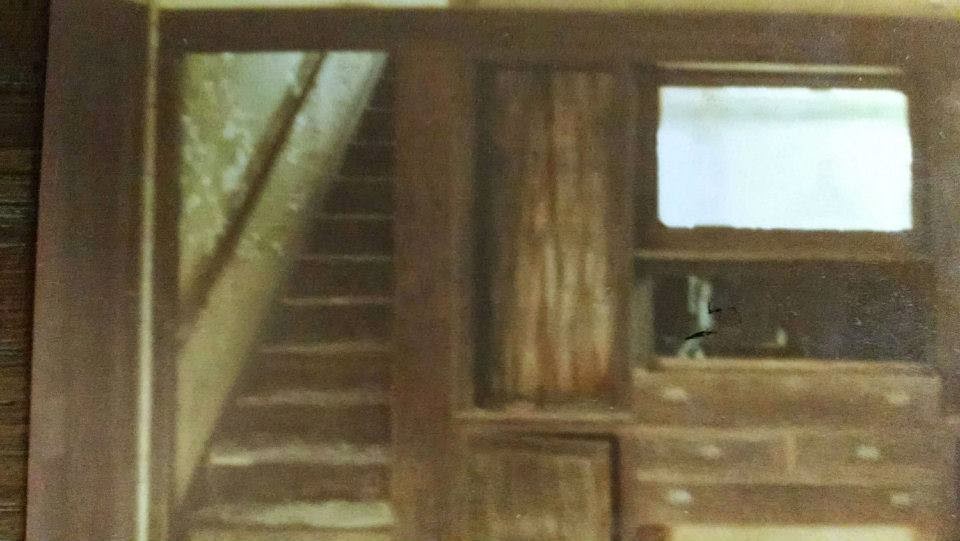 I remember going up these stairs in the dark, no doubt hanging on to the arm of whoever was in front or behind me, waiting for someone to scream and then we would all scream and run out the door into the night.  As we prowled though this old homestead, we had to be careful not to wake up the neighbor in the farmhouse nearby as it was said he would shoot salt pellets at the trespassers. We did get caught once but we weren't shot - just told to leave.  I wonder now how many times this farmer was awakened in the night to hear kids running down the road. 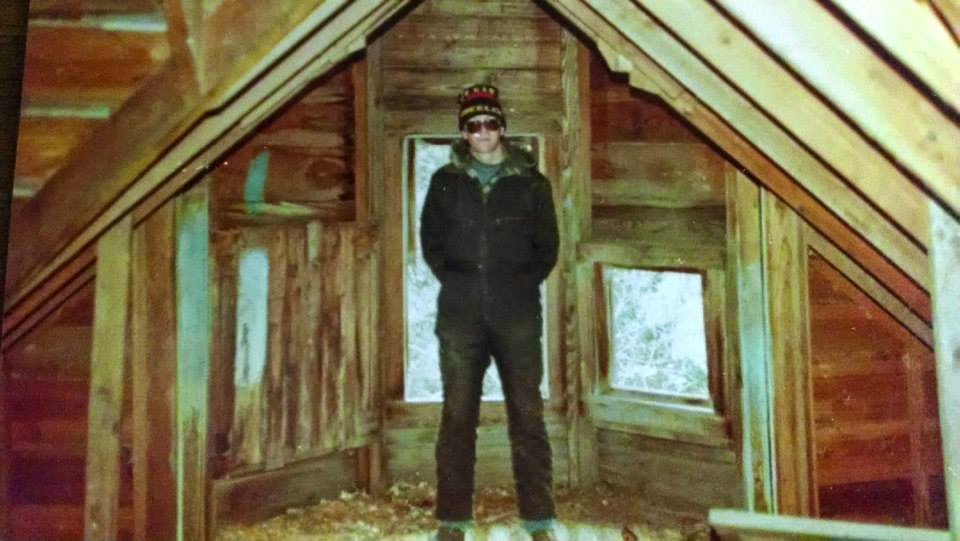 This picture was taken in the turret along the side of the house.  On Facebook, someone mentioned it was called the "devil's tower".  I don't recall that but most likely added to the haunted elements as the years past. 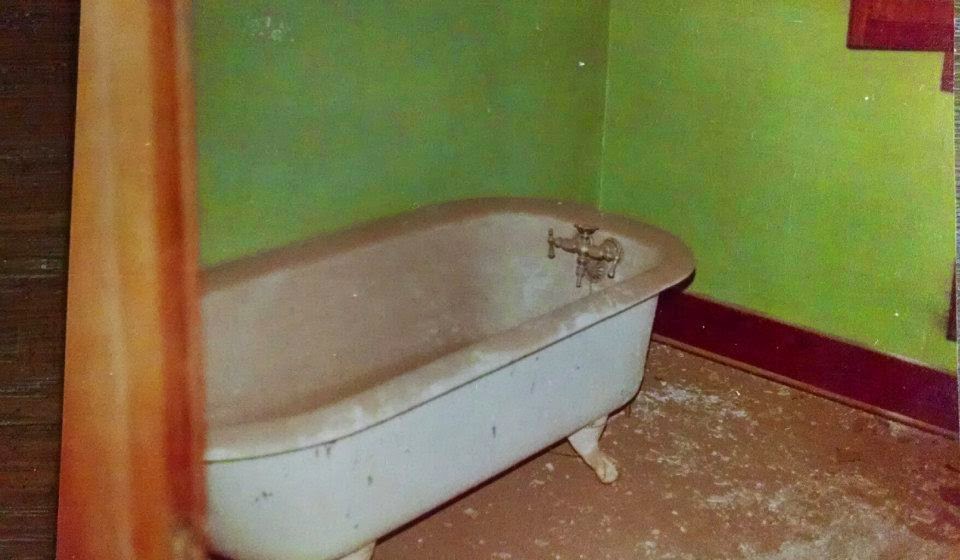 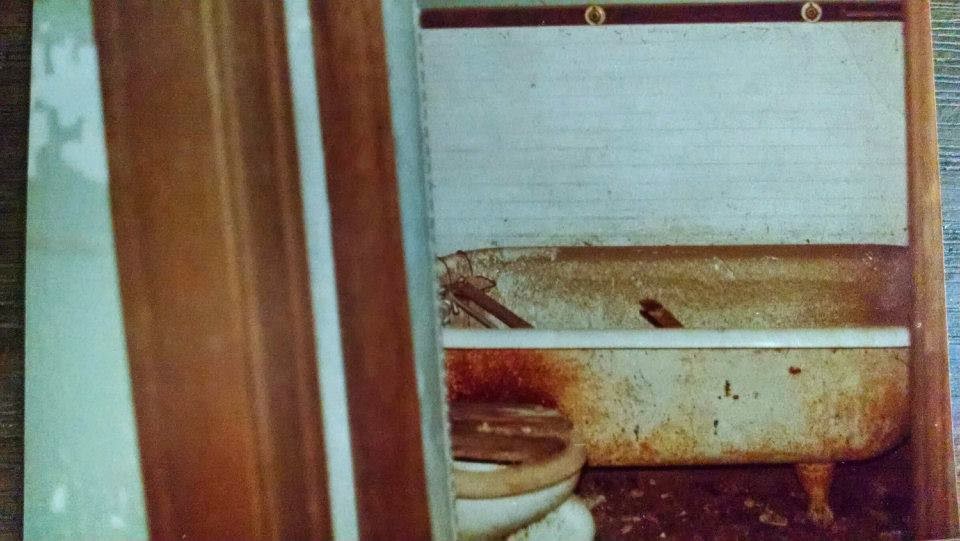 It is interesting that back in the 30's or 40's when this house was built, it had both an upstairs and downstairs bathroom.  I recall my grandparent's house of the same era still had an outhouse. 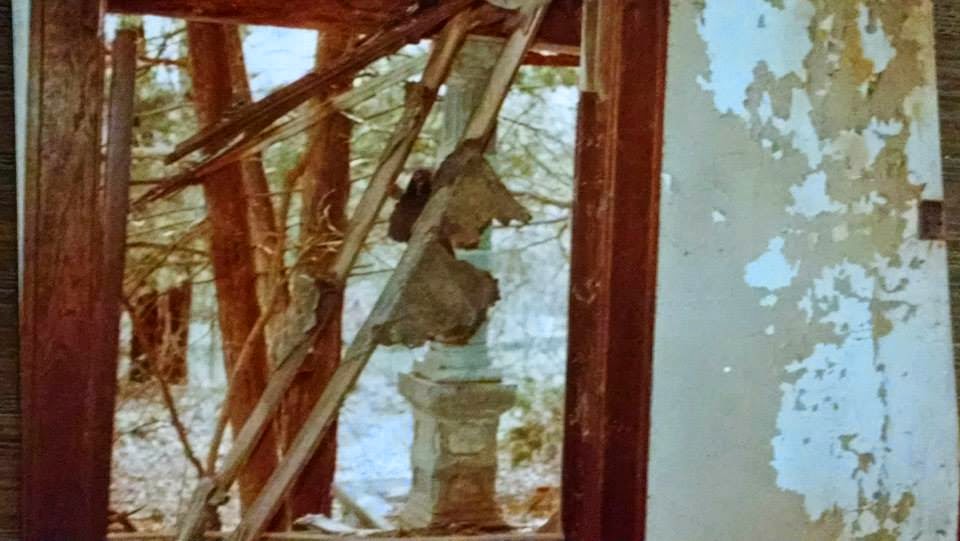 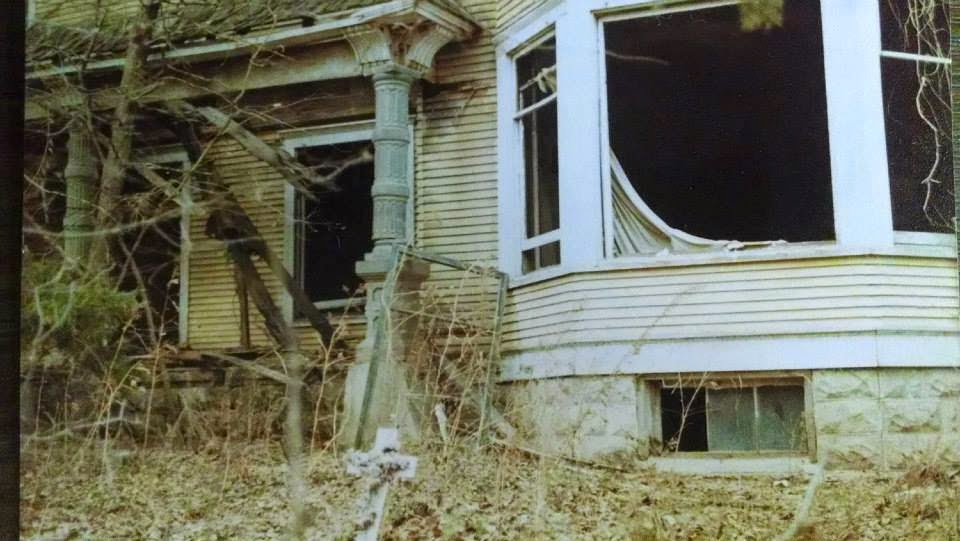 Years later, John and I asked permission from whom I assume was that same neighboring farmer to tour the house in the daytime. Walking through it and finding holes in the floors - I am surprised none of us were hurt when we would run through it at night. We found what was an elegant home in its day, rotting from the top down. I remember a beautiful cement porch and lovely woodwork. I wish that was in the day of cell phone cameras because I would have had my own pictures. With renewed interest following the Facebook post, many commented what they remember as "the story", most similar to mine.  One person posted this following which had the most ring of truth to it:
"George and Alice Mae Powell moved to Arizona because Alice Mae had severe asthma. Her parents had lived in the home for a short time and a hired man and his family were the last occupants ( I believe). I think the Powell family always intended to come back but as years passed they would visit but never moved back." 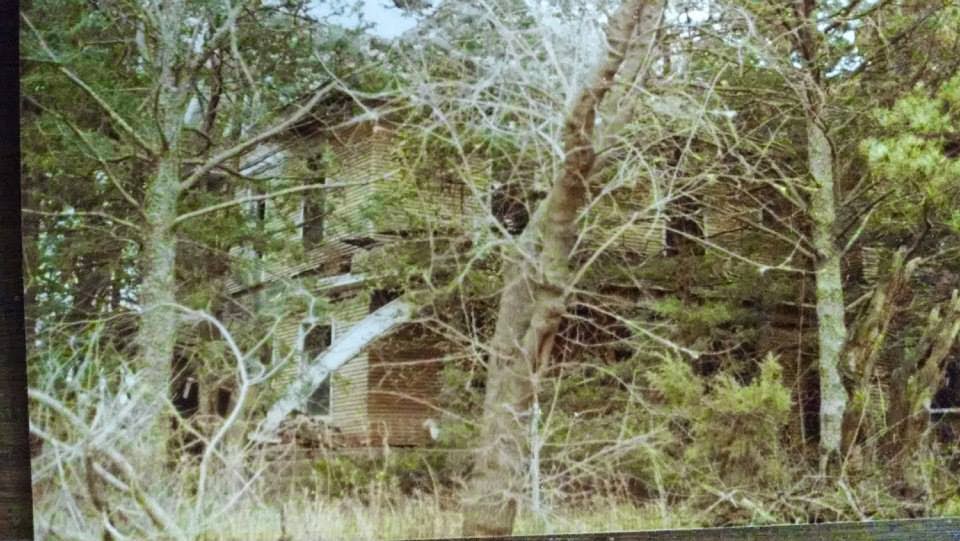 My sister, Ann, spoke with another former resident of the area who is now well into her 90's. She remembered the house in detail, having helped Mrs. Powell cook for the hired hands - even double dating with George and his second wife. Yes, there was a fire which burned the original home and yes, the first Mrs. Powell died, but had been sickly and it was not suspect. Mr. Powell remarried the person mentioned in the post above. Later, as they grew older, they moved as mentioned and their hired help took over the house and eventually, they moved on and no one else took residence. 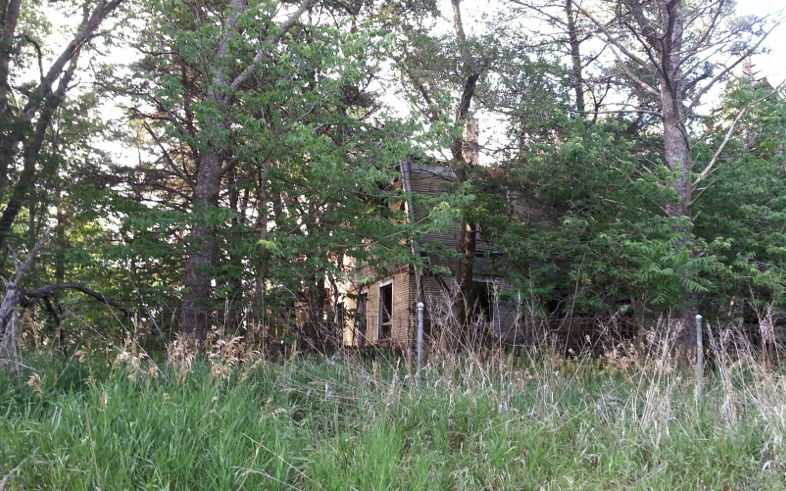 Ann and her husband drove by the old place the other day and took this picture with her cell phone.  She said you could still see the turret but it won't be there for long.   I think the next time I go "home", I will visit this house one more time.


Thanks to my fellow Superior High classmates for sharing pictures and the story.  If anyone Googles Powell's Mansion in the future, perhaps they will find this page and learn "the rest of the story."