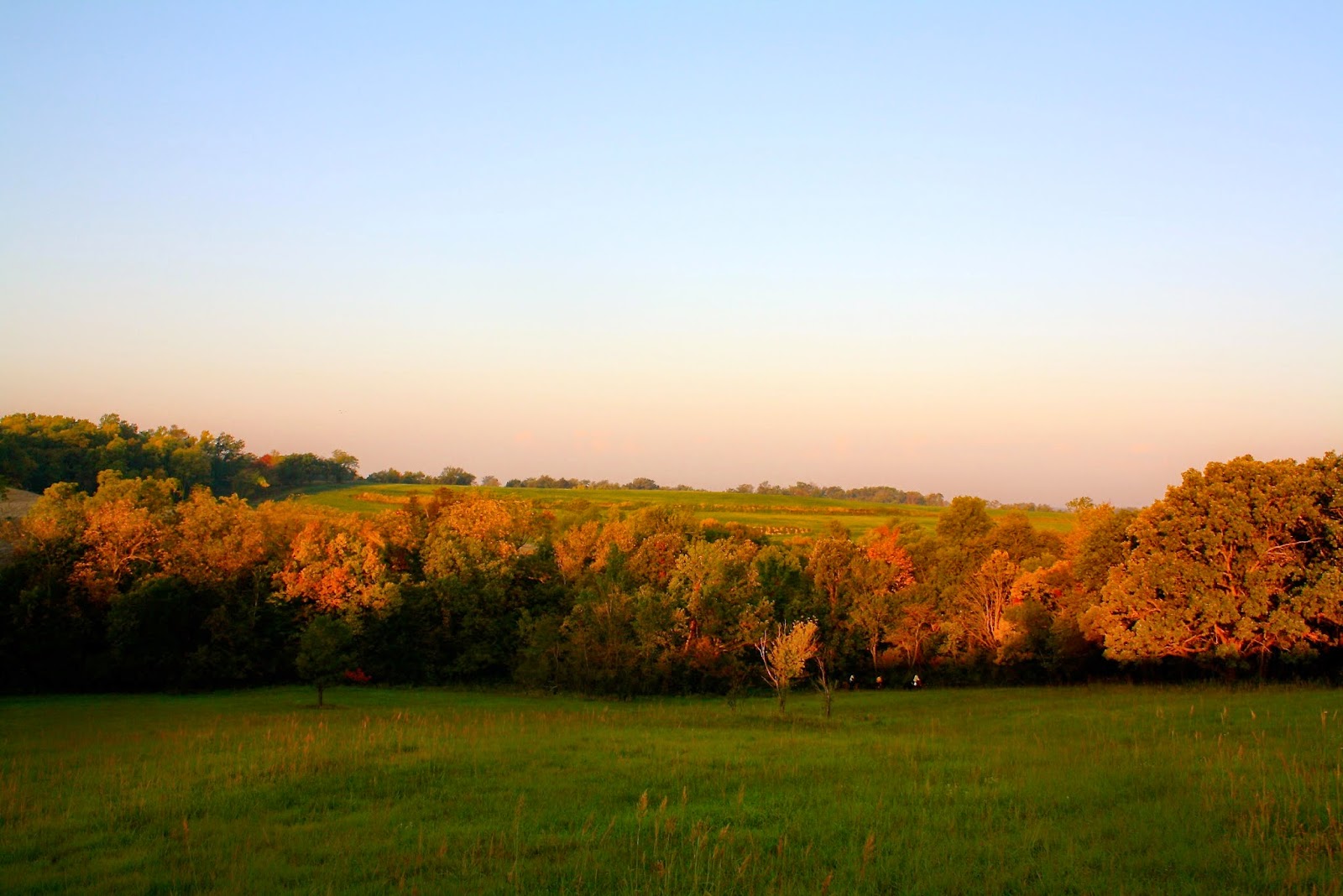 I interrupt my story of Wyoming - what the heck, it is two months late anyway - to bring you my ride story and pictures from last weekend's CTR (gasp, just a week old!)  at Indian Cave.  As I was putting this together, I was taking in the scenery and couldn't help but wonder how it looks this weekend - just a week later - as the fall colors are really coming through.  I have a few more posts scheduled to go about Wyoming but I thought if I held this off another week, you might have a hankering to go to Indian Cave State Park and in a few more weeks, you might miss these awesome colors of autumn.  So hurry - get down there and ride!  You won't be disappointed!


My goal this year was to ride as many Competitive Trail Rides (CTR) as I could knowing that I would be limited in the rides this fall once football season started.  It is Case's senior year so we are down to the last nine games of his high school career. 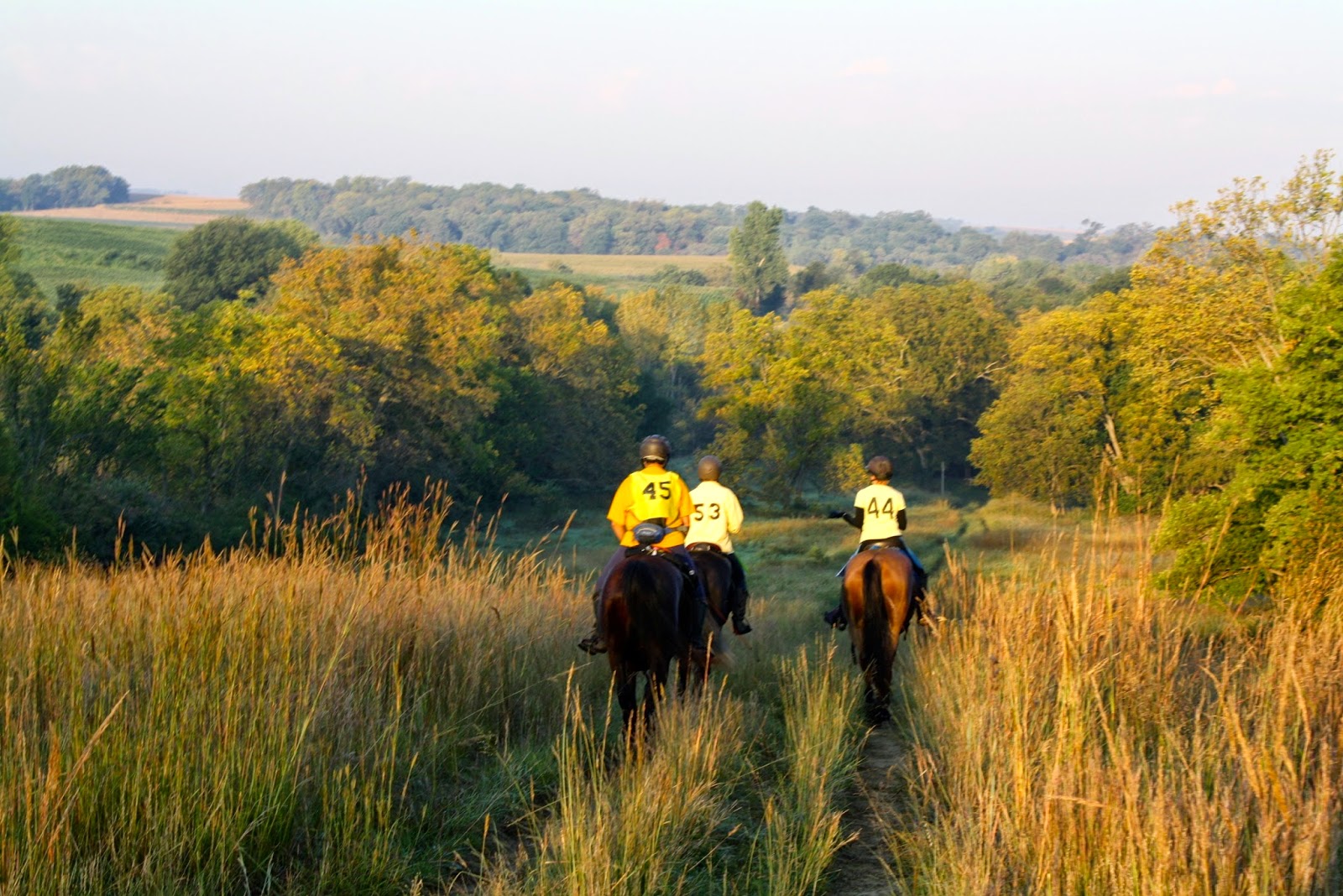 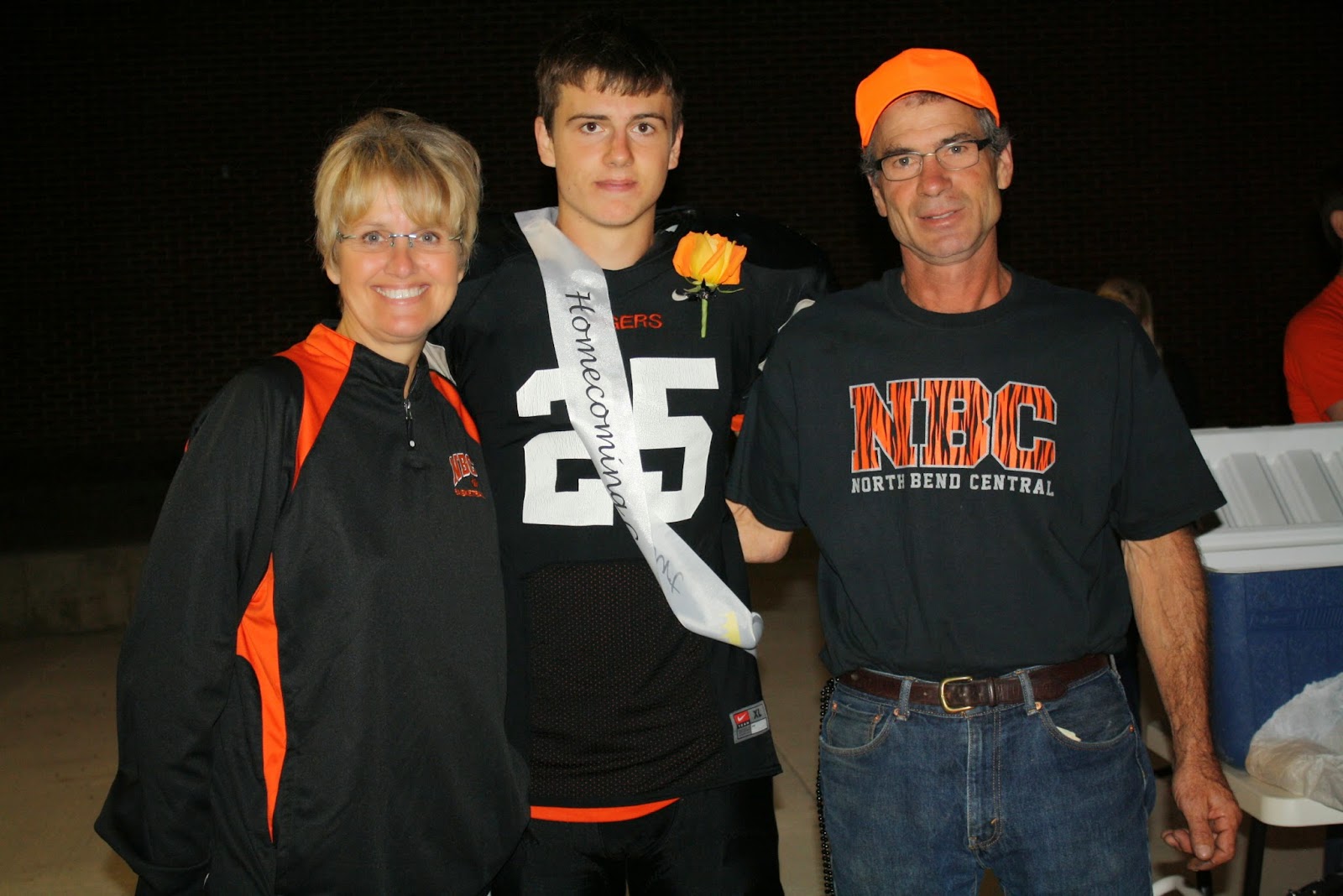 Normally, we arrive to ride early on Friday to set up camp and settle in before checking in with the judges.  However, we had a football game on Friday night.  It was also homecoming and Case was a homecoming candidate.  Coronation would follow the game.  Our friends, Mary and Dwight, had taken our rig and horses down earlier that day and Sharron cared for the horses that evening.  John and I arrived about 1:00 AM, got a few hours of sleep and checked in with the judges at 6:45 AM and were on the trails before 8:00.


Windy checked in well with the judge; good behavior and none of the running over me or bystanders like she did in Missouri.  While recently I was sitting at #1 in horsemanship in the region, I dropped to #2 after the Brushy Creek ride which I couldn't attend.  Windy was at #2 going into this ride.  My friend, Shari, reminded me not to think about points but to just have a good ride. 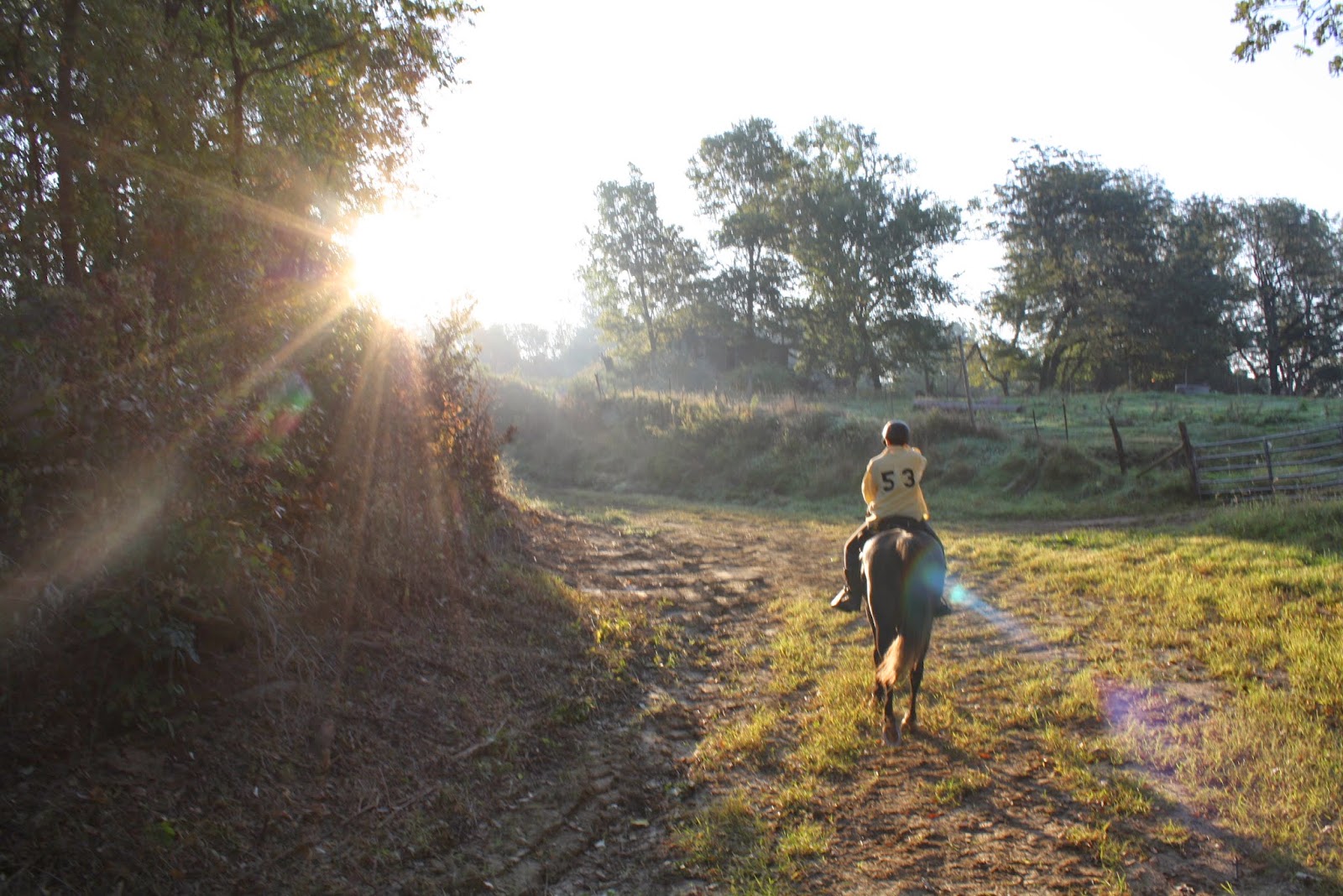 We rode out that morning and the trails were pretty dry.  The day was clear and beautiful.  The highs were expected to be in the low 80's, which is pretty warm for September in Nebraska, but as the day progressed, it got a lot warmer.  And humid.  Not terribly uncomfortable for the riders but was harder on the horses since many are already sporting their winter coats. 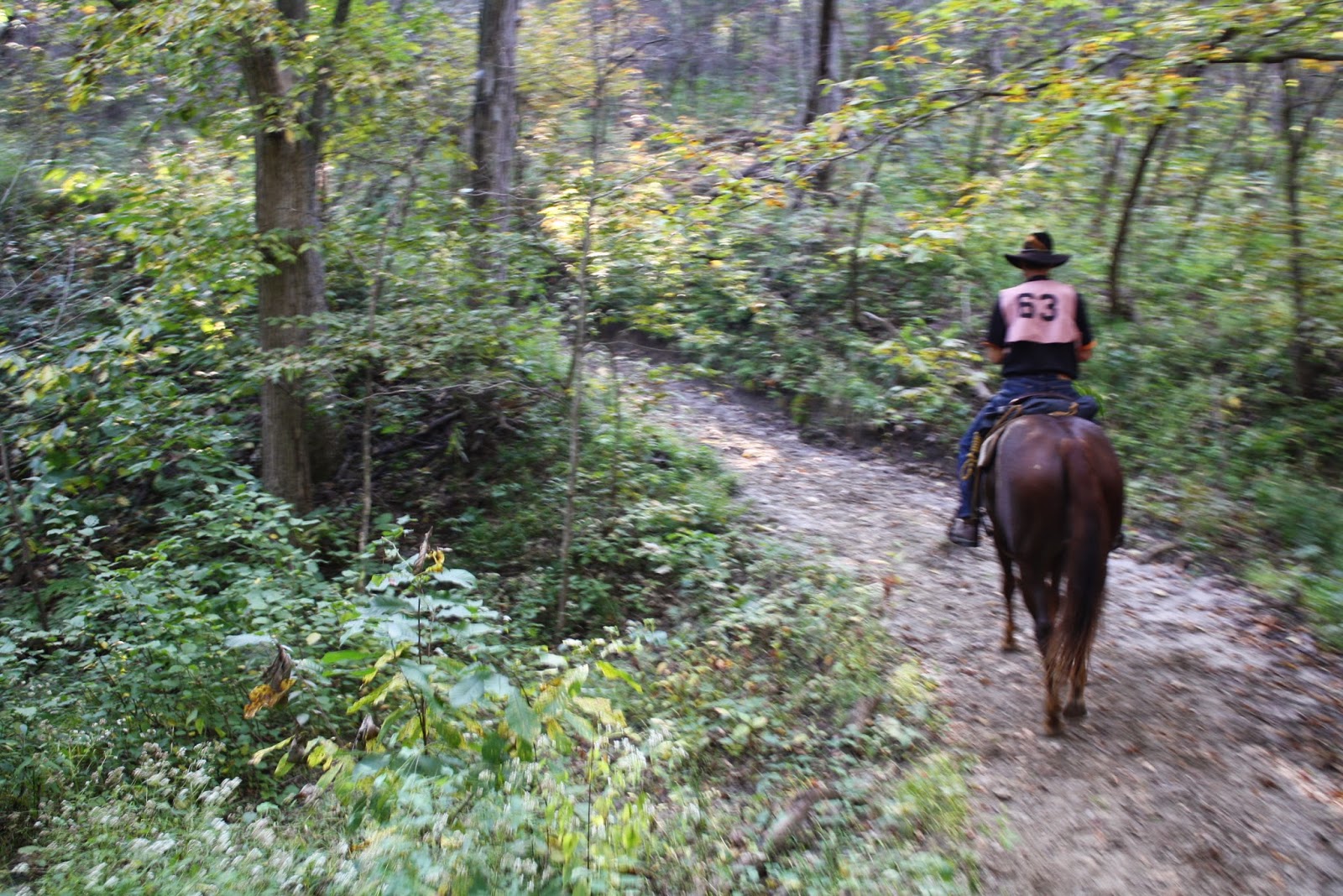 While we had friends at this ride, John and I rode out by ourselves that Saturday morning.  Except for a little bucking episode when Windy got stung by a horsefly, she felt good under me.  We had a little "spousal" conversation when I wasn't sure if we were on the right trail (evidently I am in charge of both the map and the timing), but we got it figured out and never lost any time. 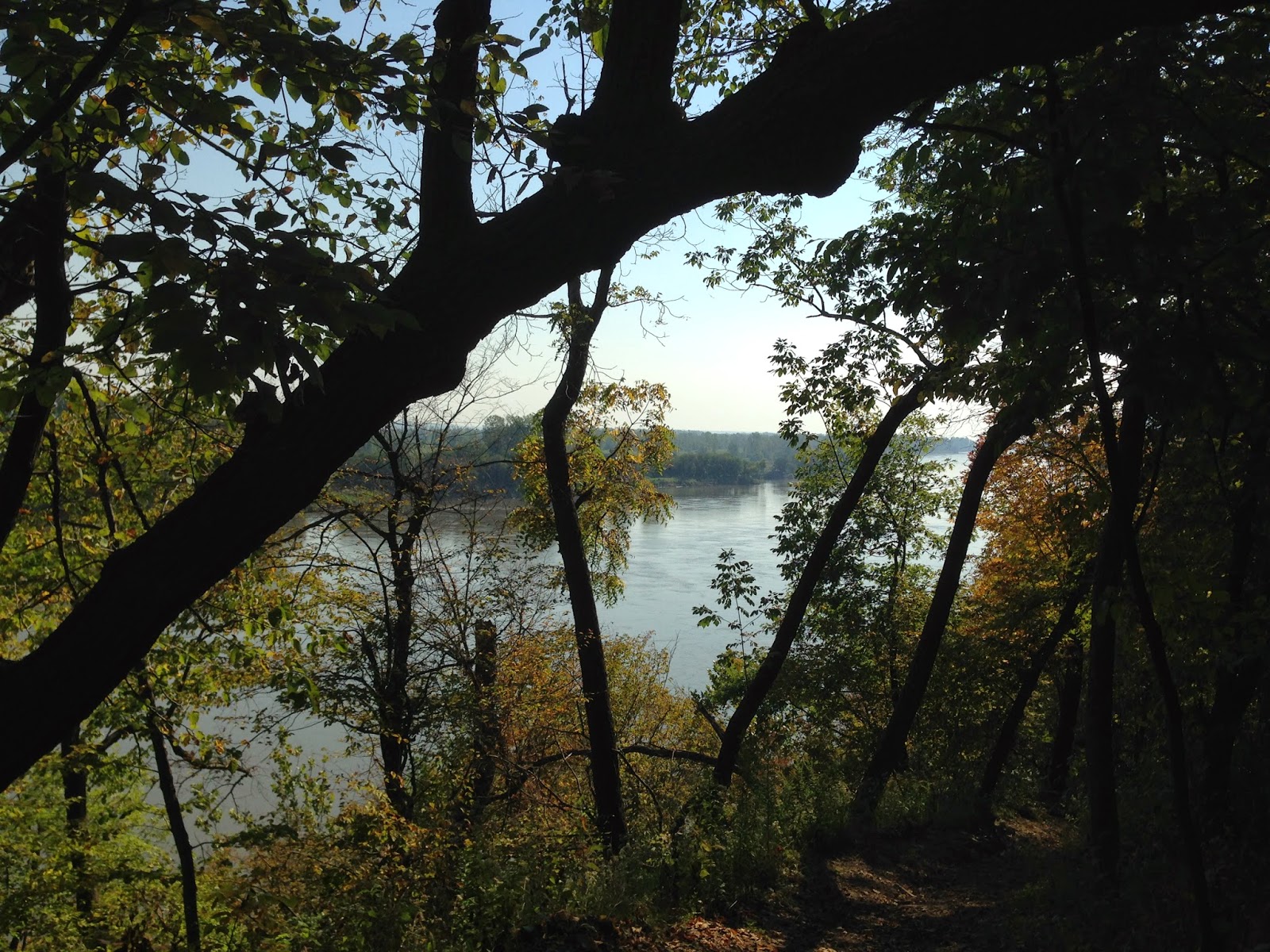 Our first obstacle was less than a mile out of camp.  We were to stop at the top of the hill and settle our horse and then continue down.  I rode by the judge before they told me to stop and I brought Windy back up the hill to try again.  She was a little unsettled but for Windy standards, she did well.  And for once I got a "good" for my butt in the saddle going down the hill! 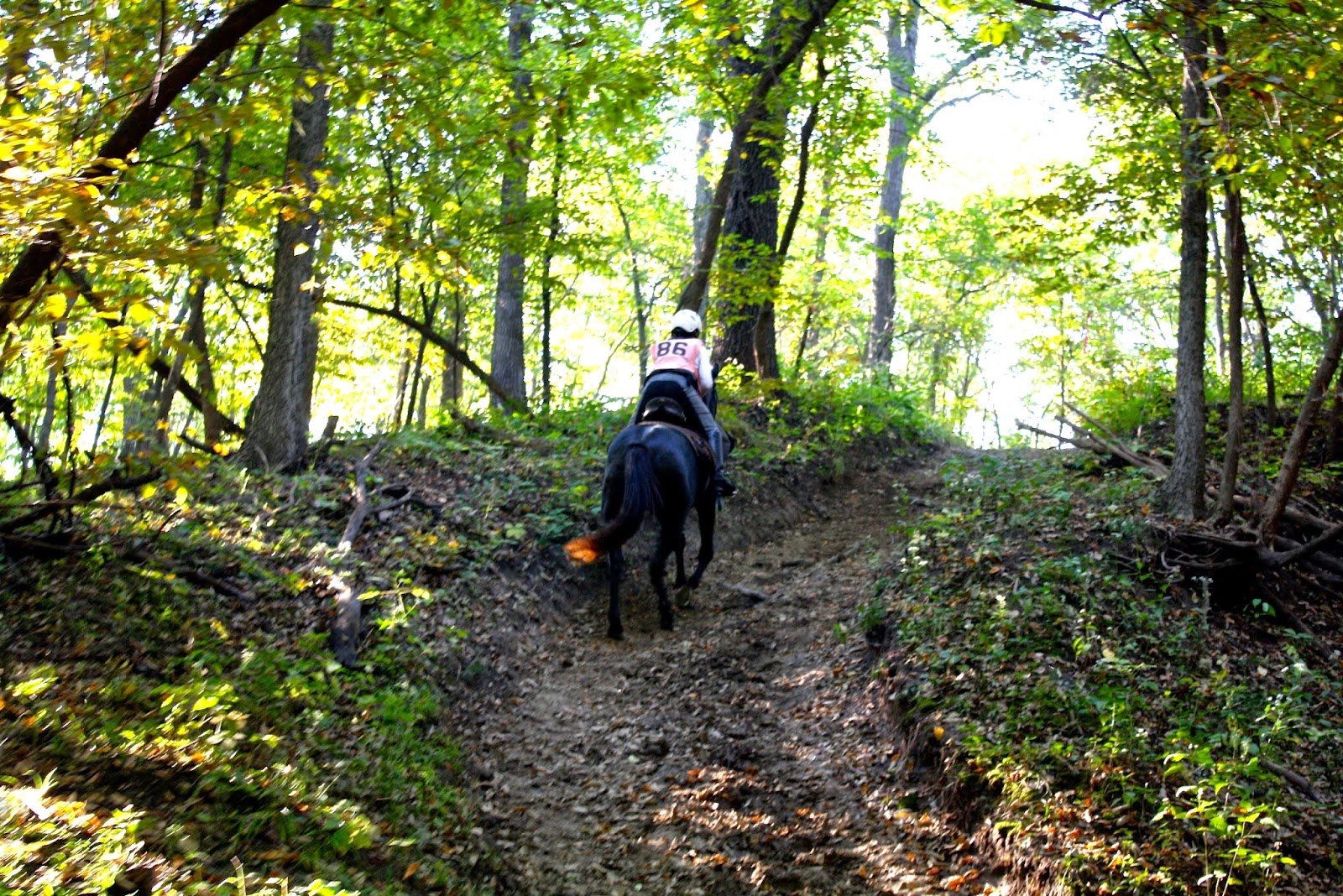 Except at P and Rs, John and I never hooked up with any other riders.  It was nice to take it at our own pace.  We timed our ride perfectly at mid-time.  The next day, John and I rode with my friend, Helen, a second time competitor.  She was riding a thoroughbred-x and our horses were well paced for each other.  The miles went by fast.


Throughout the weekend, we did "okay" with most of the obstacles.  Not perfect but considering where we were a year ago at Turkey Creek CTR, I was very happy with the improvements we have made this past year.

Unfortunately, Windy came up short in the metabolics this time around.   While she usually has a clean score card in "condition", she lost points on capillary refill and hydration.  I contribute this to a few things - the temperature and humidity mainly.  It was in the high 80's and humid.  Her winter coat has already started to come in and with all the hills, this is a tough ride.  There is not water on the trail and we had a long haul between the first water stop and second on the first day.  Also, we had just been on the road the prior week, logging close to 85 miles.  A little more down time before competition would have probably helped.  She came in sound and with a clean back.  This was the first competition in my "new to me" Circle Y saddle and I was happy to find the fit was good.  Many horses were having a hard time with sore backs in these extreme hills.  I was very satisfied with my ride and Windy. 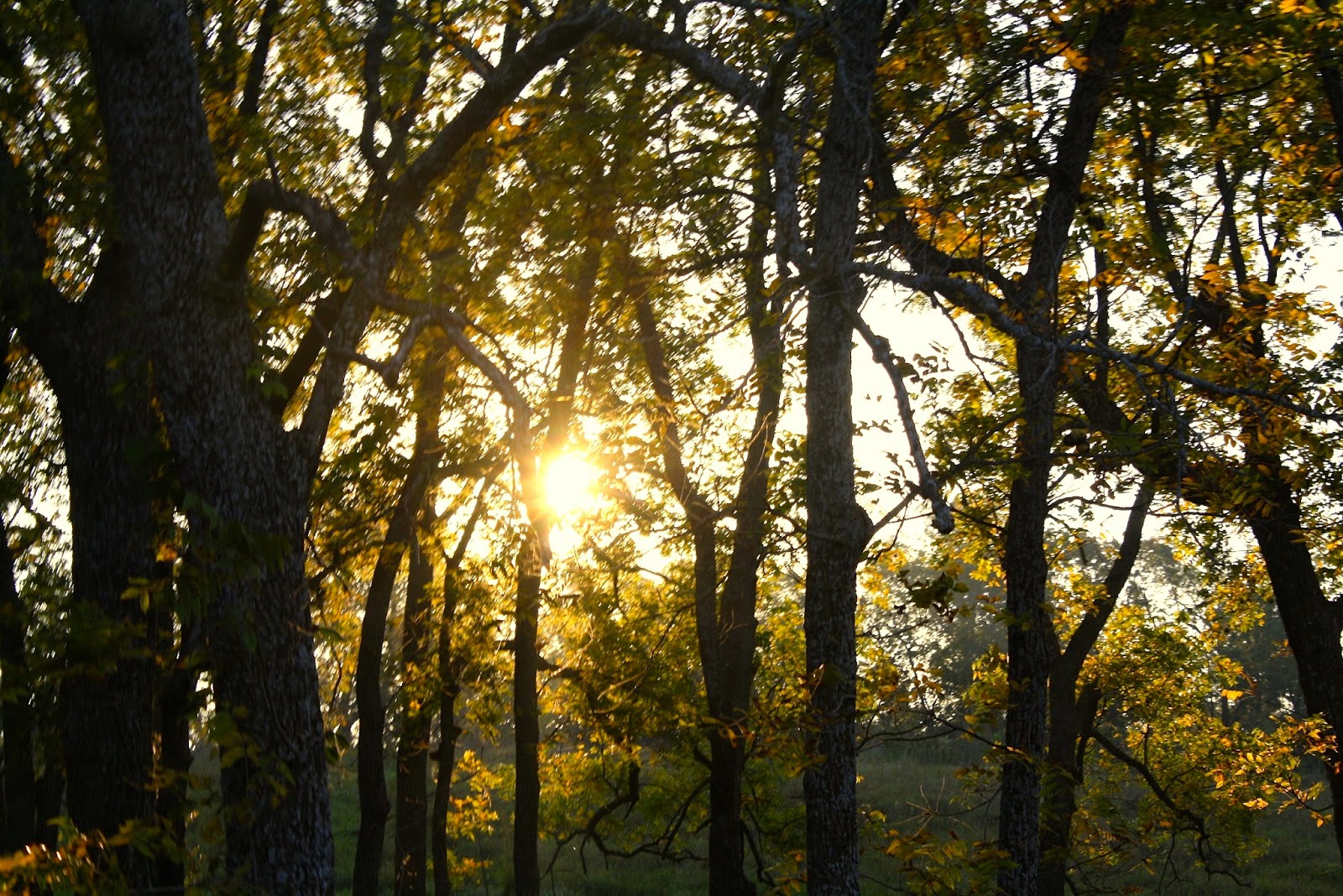 We started with seven riders in our class.  I finished 3rd in horsemanship and Windy finished 4th in horse.    John and Fancy got 5 and 5.  Fancy was off again on her front left.  I checked the past score cards and two other times she was off in that same foot.  Always grade 1.  It might be something we want to have checked out on her before future rides. 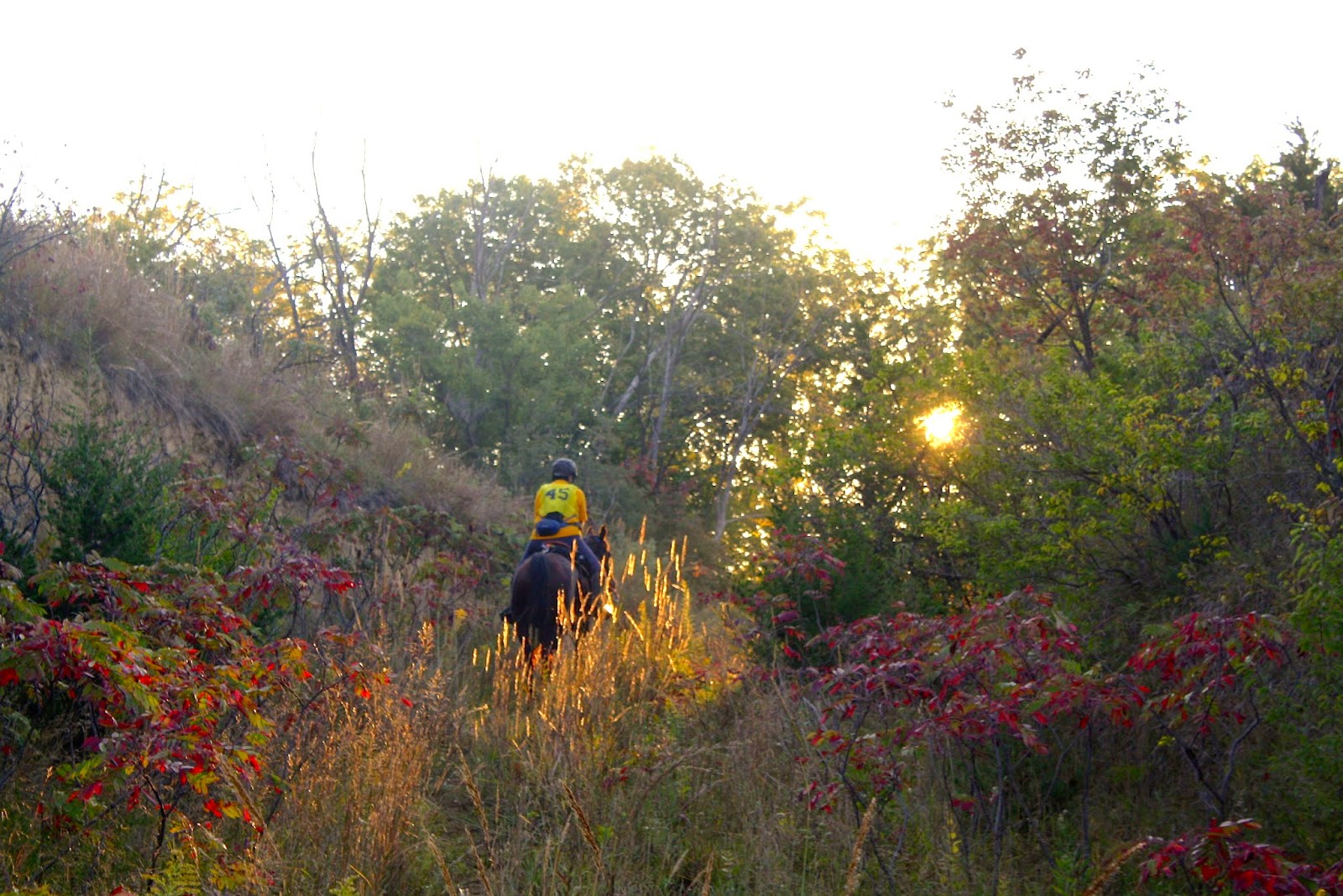 This was the last ride of the season that I can attend.  As of right now, I have maintained my standings in points but there are two more rides that I can't attend so that could change things by end of season.  I am very happy with our rides this year and look forward to doing it all over again next year.


For those of you who do not compete, I hope you will visit Indian Cave State Park in southeastern Nebraska.  As you can see from these photos, it is truly a beautiful place to ride.