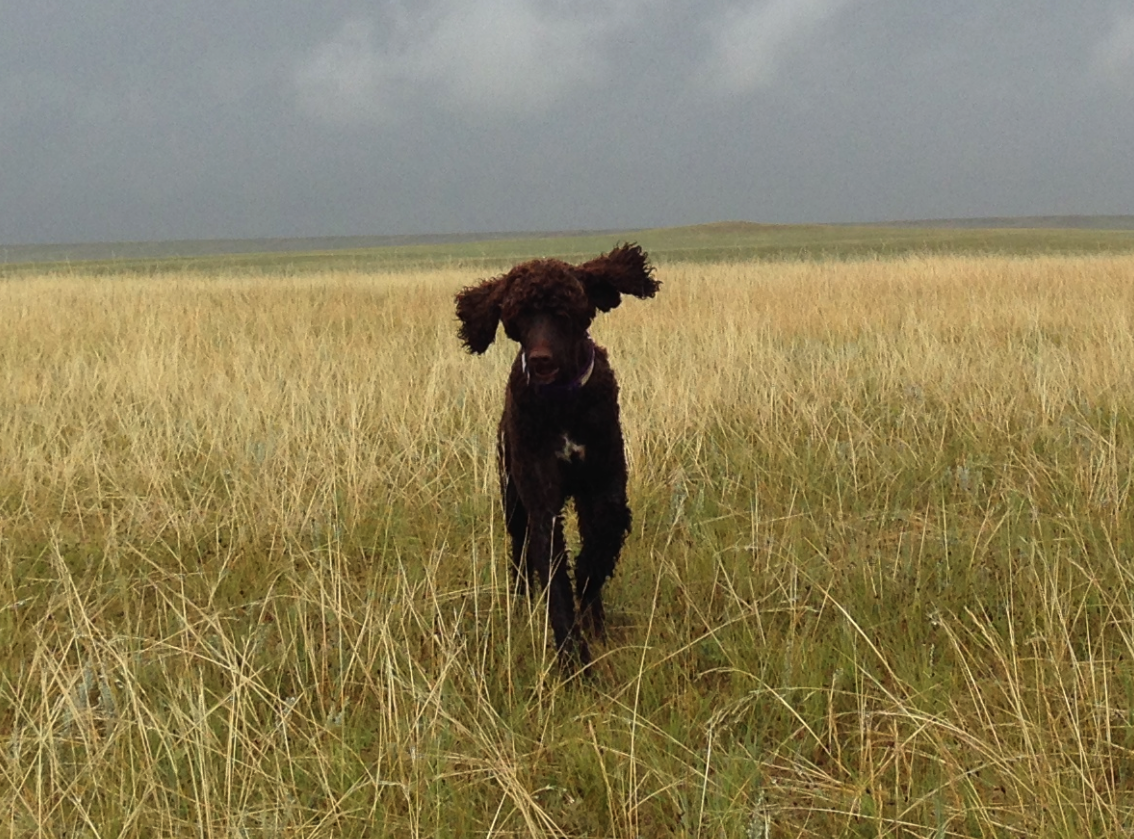 I have to tell you that poodles make the best trail dogs!  Two years ago, if someone would have told me I would have a poodle, I would have thought they were nuts.  I have had springers, shepherds, saints and an variety of mutts.  Really, I love all dogs but a poodle?  Really? 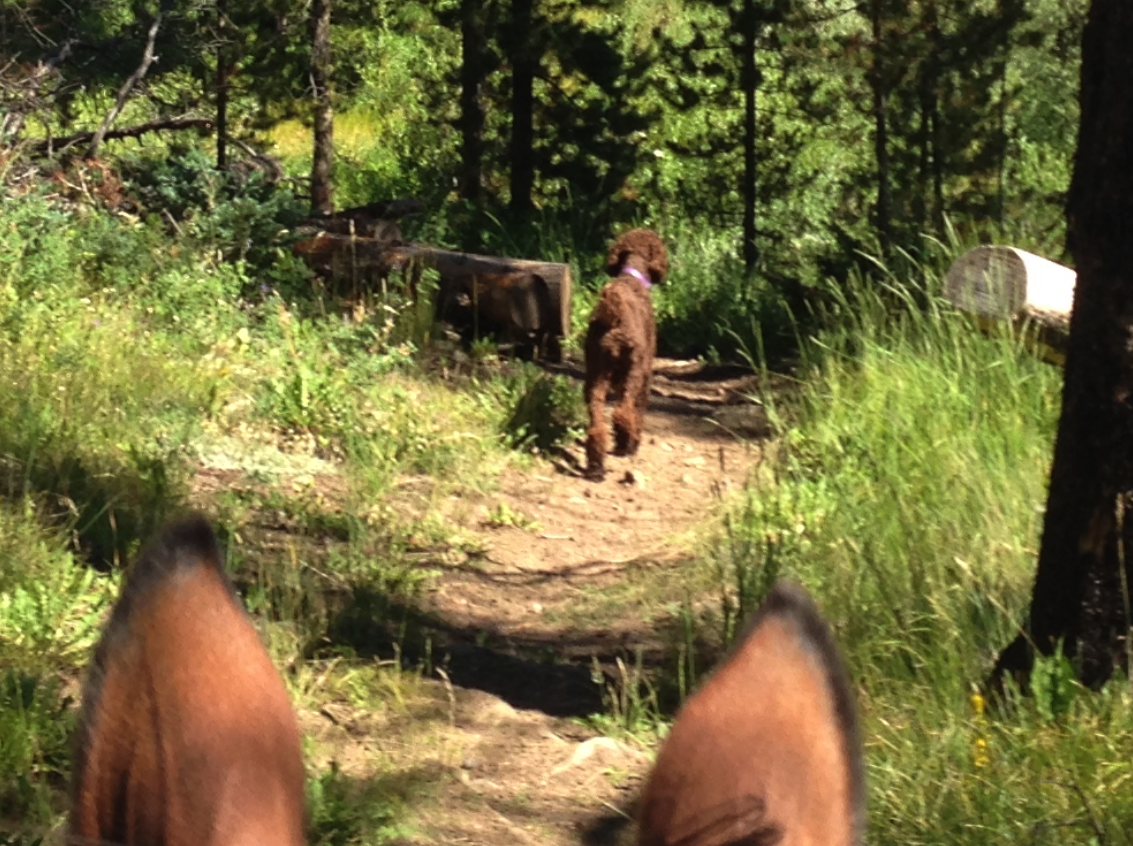 Pip, who you may also hear me call "Sis" or "Sissy",  is a Standard Poodle.  Although she isn't huge - probably around 40 pounds - she has long legs and a lean body and has endurance like no dog before her.  Although I don't ride as many road miles as I did when Ritz was still alive, the times she has went with me have been fun.  If dogs are allowed on the trail, I usually take her along. 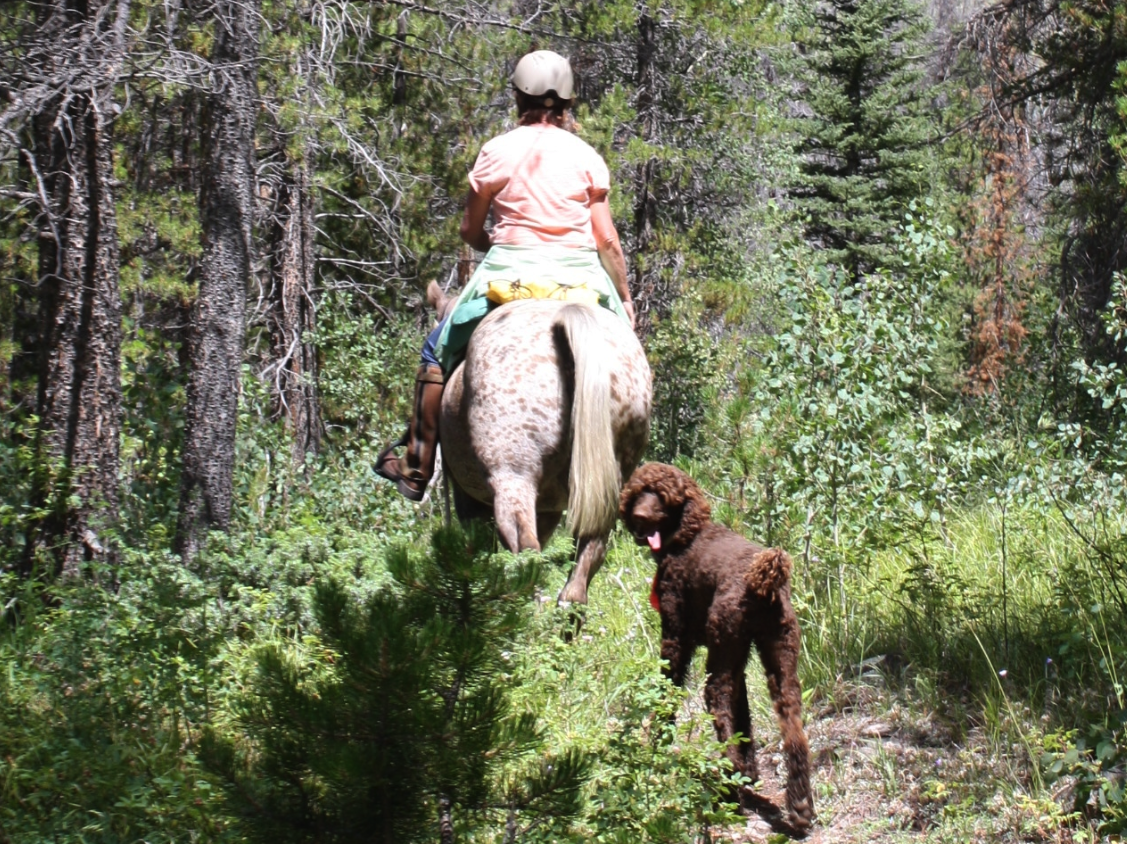 This week, I GPS'd a little over 40 miles and she was with us every step of the way. For every mile we rode, I am sure she went 1.5.  She chased deer and ground squirrels and played in the water.


Not only did she go on every ride with us, she also played with every dog in camp.  She was quite smitten with another Standard Poodle - Coda - who came a courting.  They played really hard the first night and I caught her sneaking over to his camp a little later in the evening.  It was so stinkin' cute. 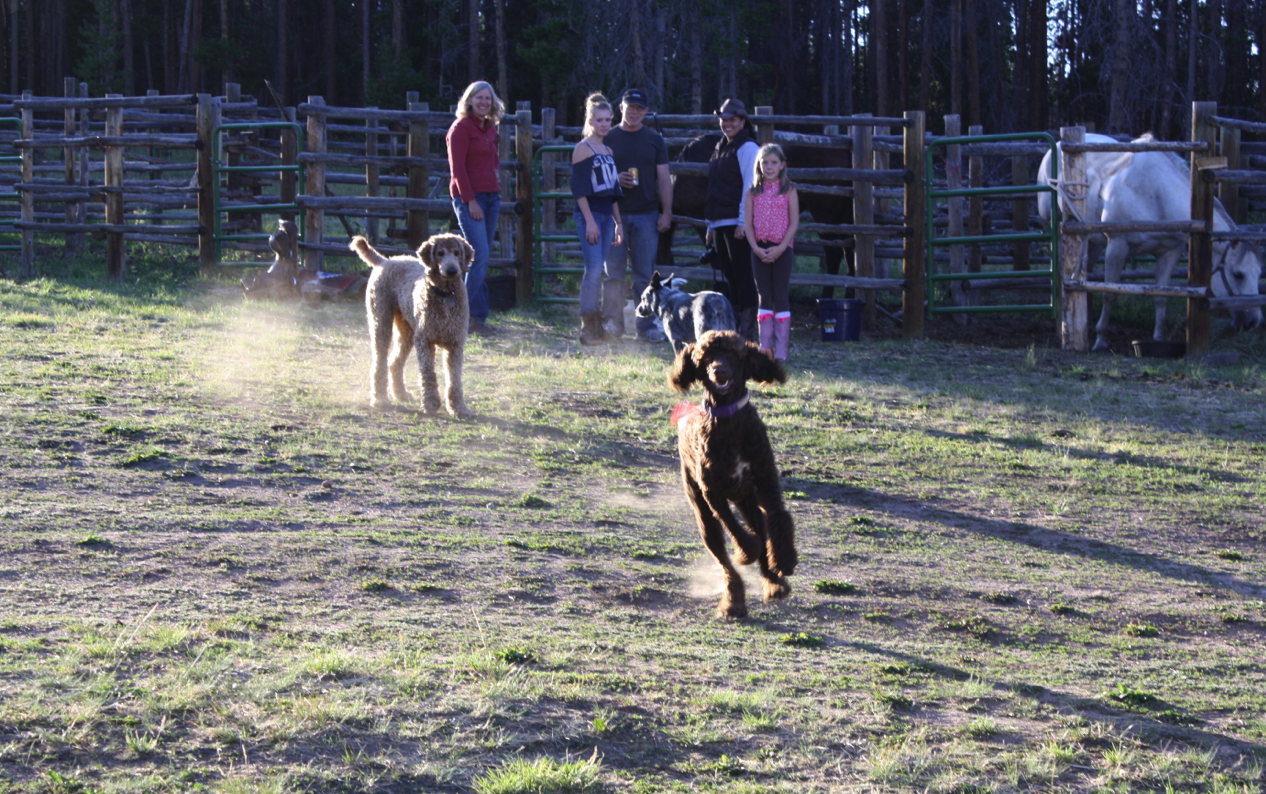 Although female canines are typically smaller than the male of the same breed, I think Pip is small.  She does, however, have incredibly long legs.  She weighs around 50 some pounds. 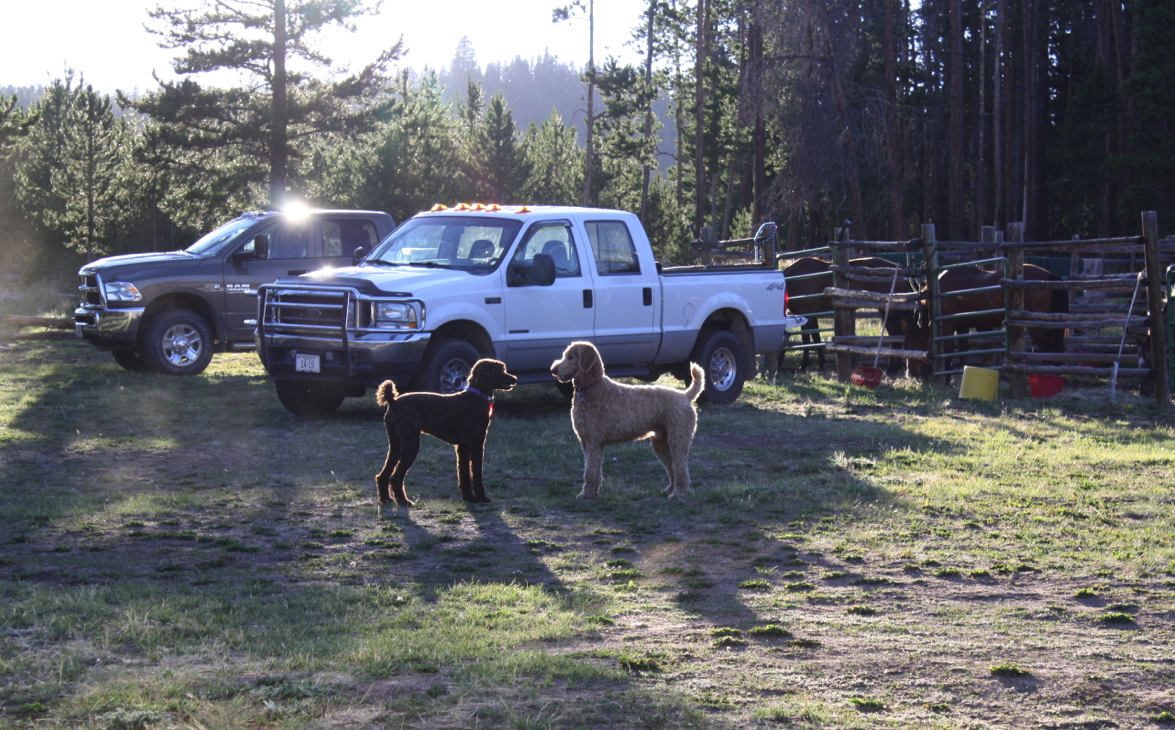 Comparatively, her new friend, Coda, is big by Standard Poodle standards.  They said the breeder they got him from breeds specifically for a bigger boned, larger poodle.  I'm not sure if he could have kept up with her on the trails. 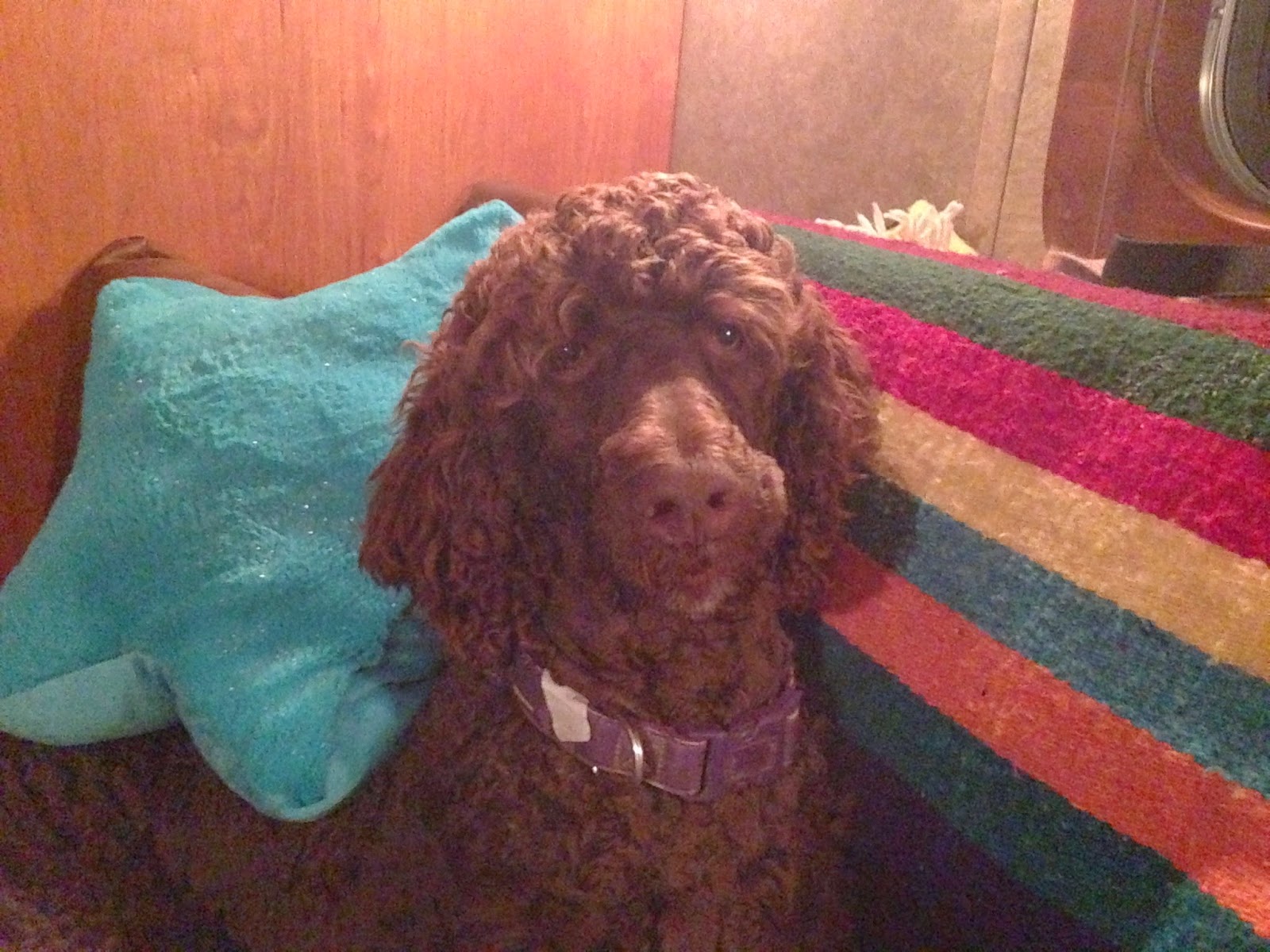 Tonight, after our last ride, she did something she has never done before:  she went to the door of the trailer and asked to be let in.  The rest of us were sitting outside having drinks and she went in and went to bed.  Bless her heart, I think we finally wore out the poodle. 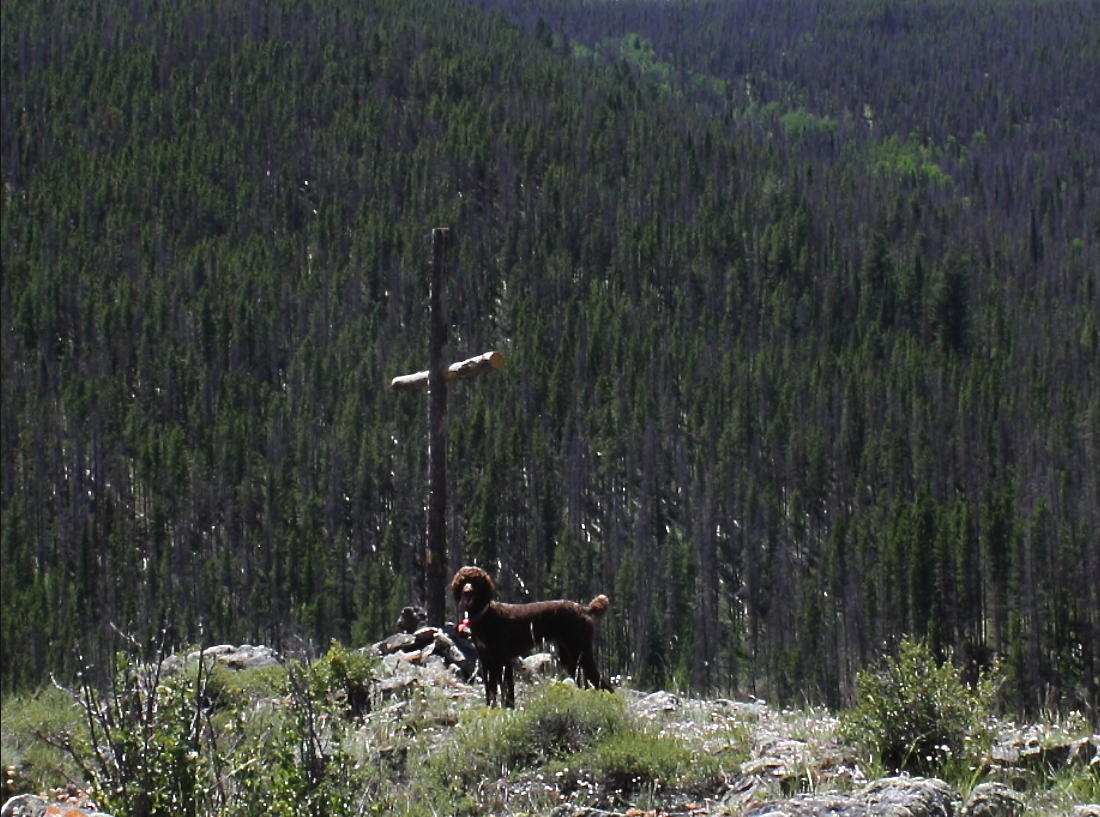 I have to tell you that I have grown very fond of Case's dog, Nahla, and love her like my own.  But we have taken both Nahla and PIp camping together and they are a handful.  And Nahla would have tried to do these miles, but is just not built to handle them.  I'll have to give her some special time when we get home. 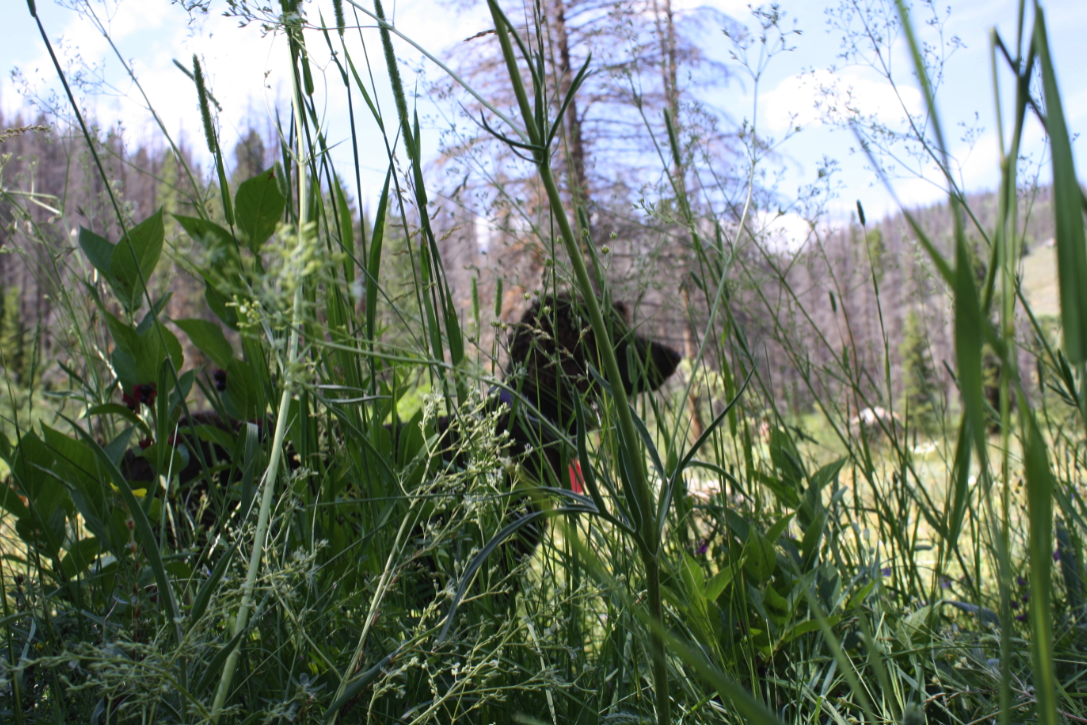 As I am looking through photos to insert in this post, I realize that Pip is always on the go.  It is hard to capture her doing nothing; she never sits still.   But on the truck ride home, I don't think she raised her head At. All.  She was one tired pup.