Wyoming in July - Day I 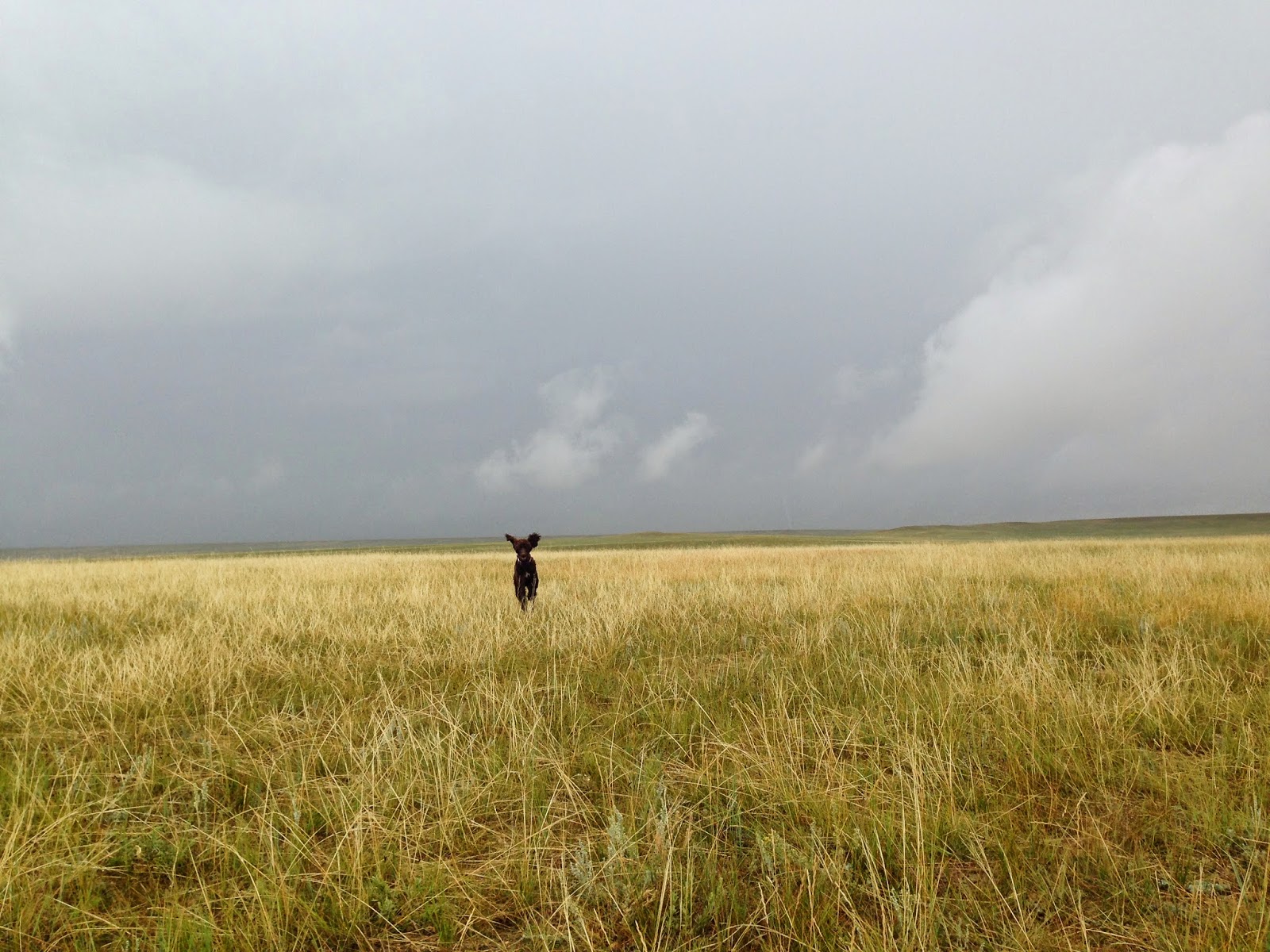 This past July, we traveled to Wyoming for a long weekend.  While in the past we have stayed at Medicine Bow off Happy Jack Road, this time we ventured southwest of Laramie to the Pelton Creek Camp area of Medicine Bow.

I did blog while we were in Wyoming this past July.  But I had no cell connection, so couldn't post.  Then when I got home, I kind of forgot all about it.  So in an effort to catch up on blogging, this seem as good of a place as any to start.

I hate to admit it but Facebook has sucked me in.  When I have time to sit down at the desktop computer, it's much easier perusing Facebook than on the iPhone.  And by the time I've read everything that has been posted in the various groups, I have no time to blog.  And I miss it.

So hear I sit in the wilderness of Wyoming and I am literally unplugged.  No Facebook, no eMail, no phone calls or texts.  And no electricity, so I don't even have a television to keep me entertained.  Just my iPad with some apps which do not require a connection, some electronic books and solitaire. 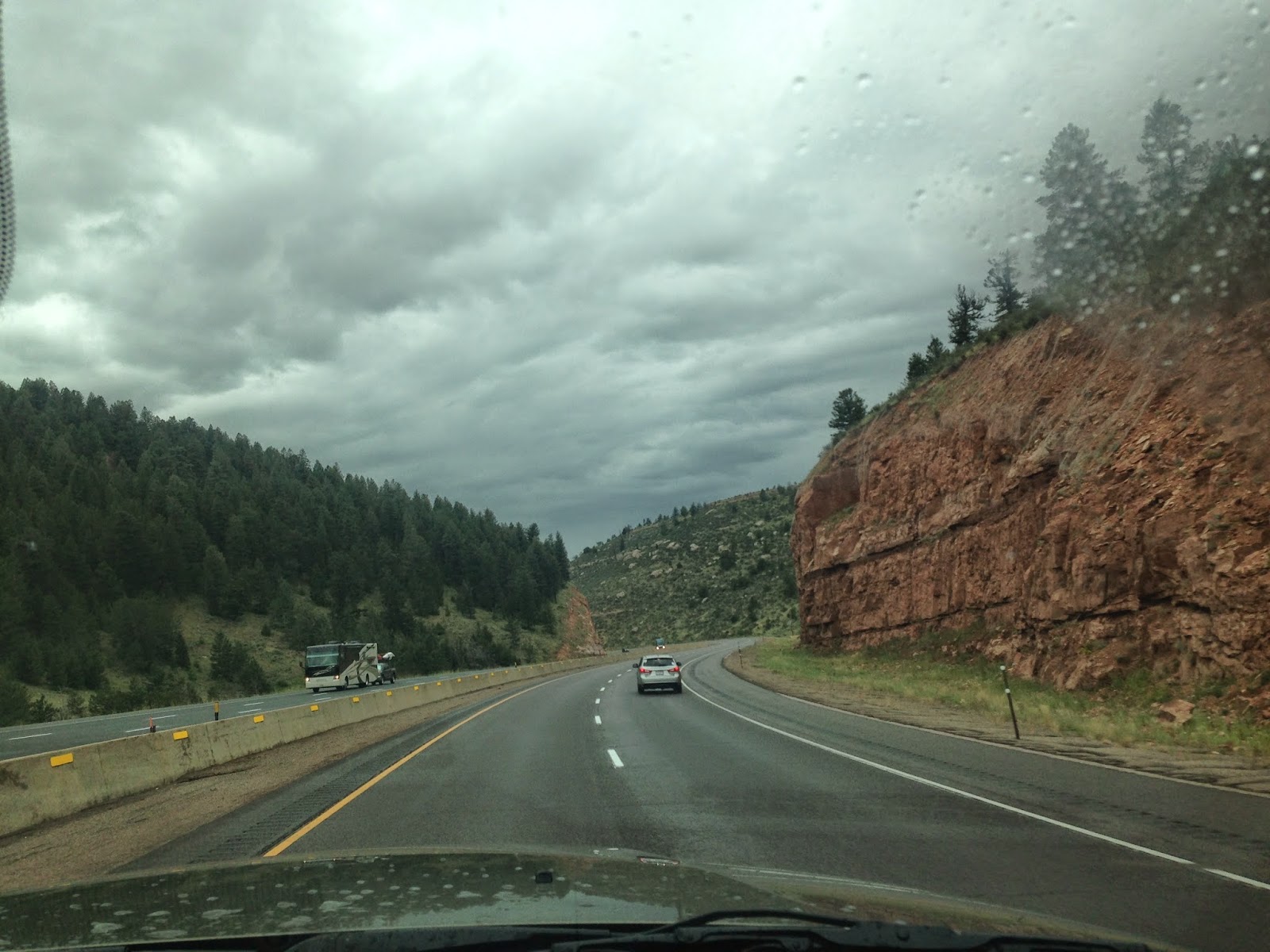 When we came down through the canyon and caught our first glimpse of Laramie, Wyoming yesterday, John said (Yes, John) that it "feels like coming home".  It's been two years since we have been to Wyoming and there is just something about it -- it just fits us.

Unfortunately, a 24 hour storm had just started and we weren't keen on finding a campsite and setting up camp and pens for the horses in the rain, so we overnighted at horse motel.  It was a first for us and very nice.  We dilly dallied around town today waiting for the weather to clear.  By the time our friends, Julie and Steve, arrived, it was just scattered showers and we headed out to Medicine Bow, this time southwest of Laramie. 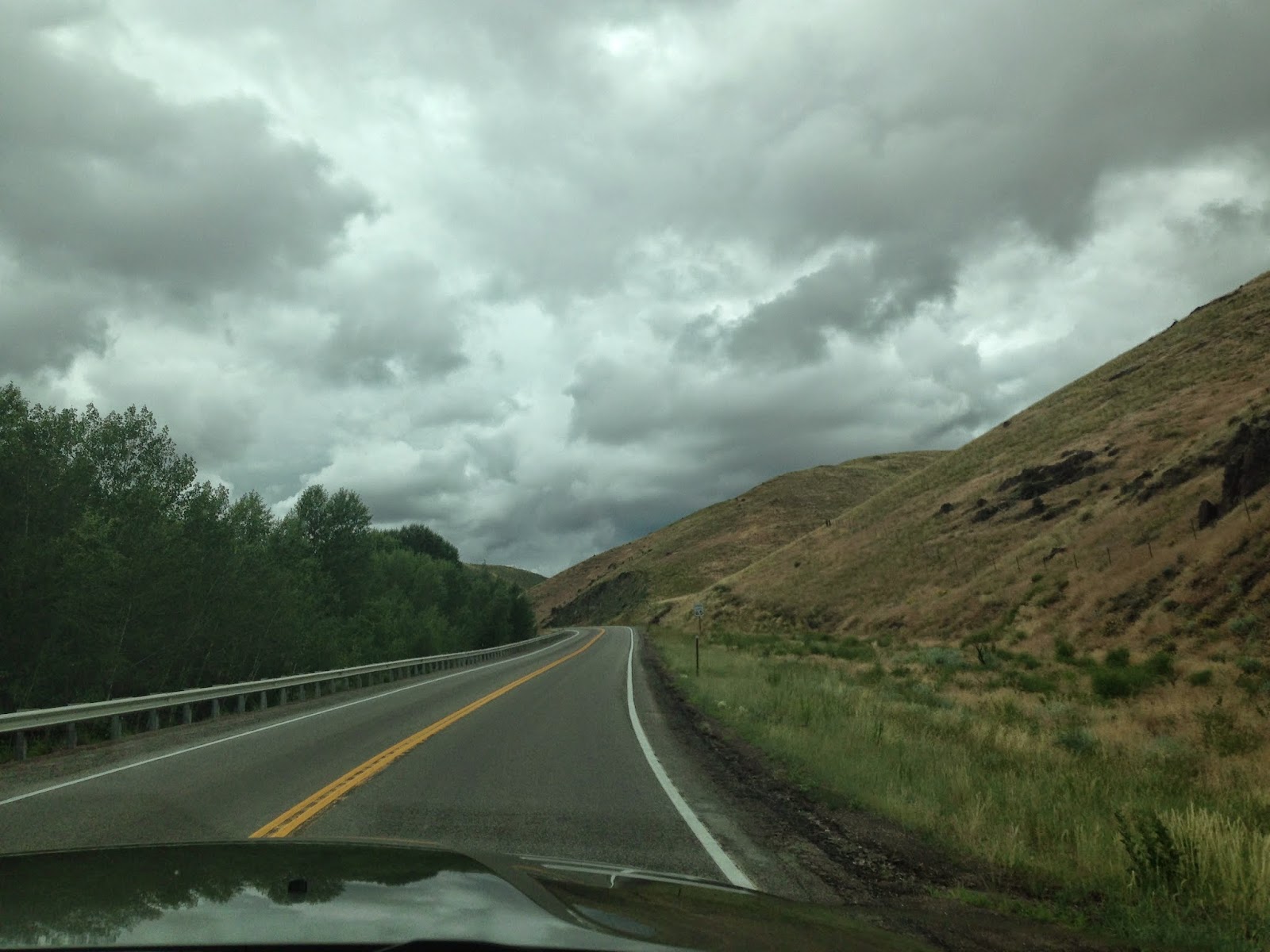 My friend, Joni, had told us about Pelton Creek and gave us some pretty good directions.  It was a scenic drive along the blacktop until we almost entered Colorado.   We had about 8 miles of gravel to follow and Joni told us to look for an RV and at that point, follow the left fork in the road to get to the horse camp.  Well, we missed it and laughed wondering why Joni or we would think an RV would still be there a couple weeks later?

We ran into some good ol' boys at the actual campground (no horses allowed) and they knew where we needed to go and were kind enough to go out on their ATV to make sure we found the fork.  They said the RV was there a few days ago but had moved to another spot.  These gentlemen were very kind but Deliverance crossed both Jules and my mind on more than one occasion. 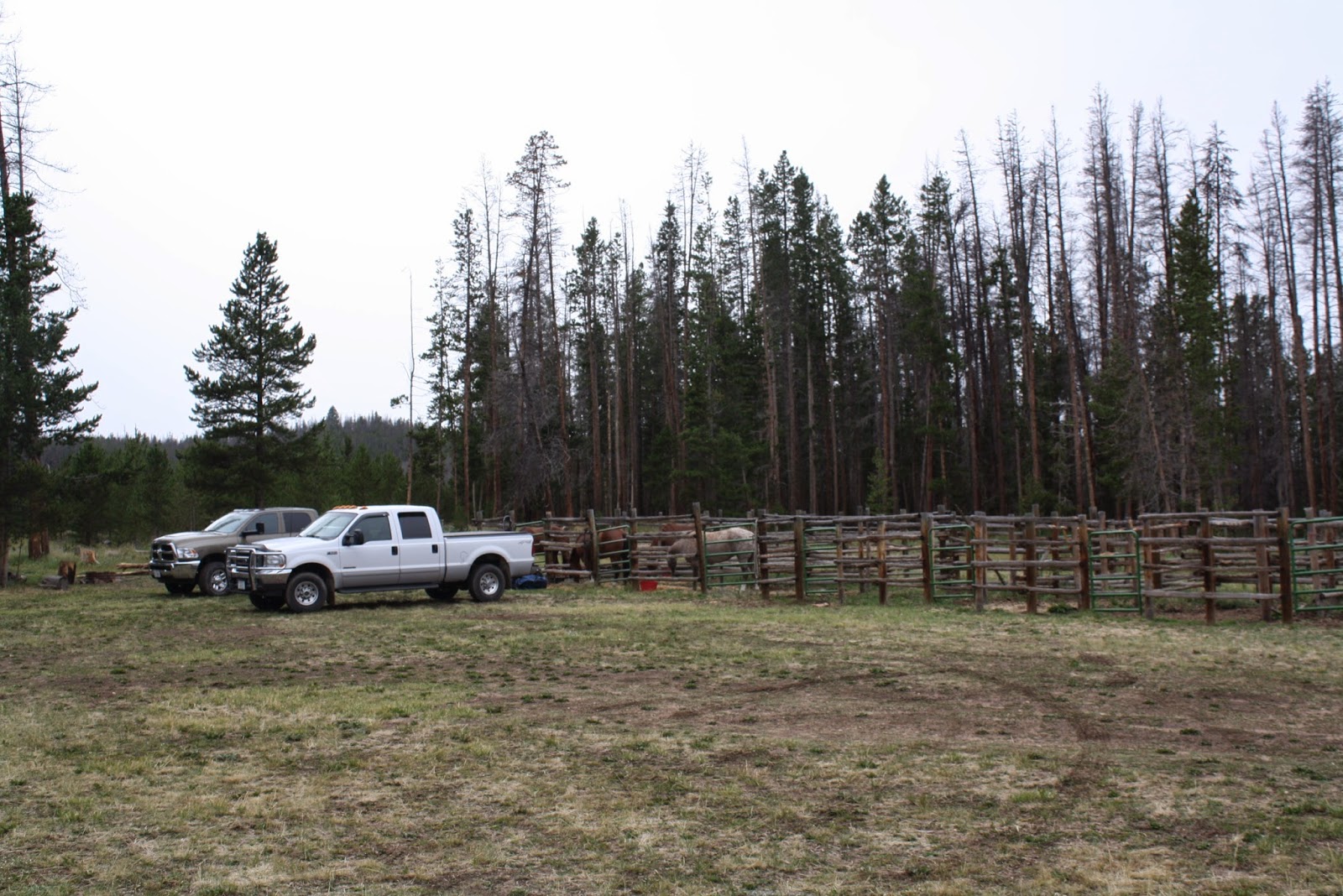 It was quite a climb up to the equestrian camp.  Here, two things happened.  One, Steve said that once we are up the hill, Jules and I can let them know where to park.    When we camp, we like a certain order to our trailers that men just have a hard time figuring out.  Like having doors open up to a common area so we aren't always having to run around the trailer to get food and drink.  Finally, one of our husbands recognized that it is best to just let us figure it all out. 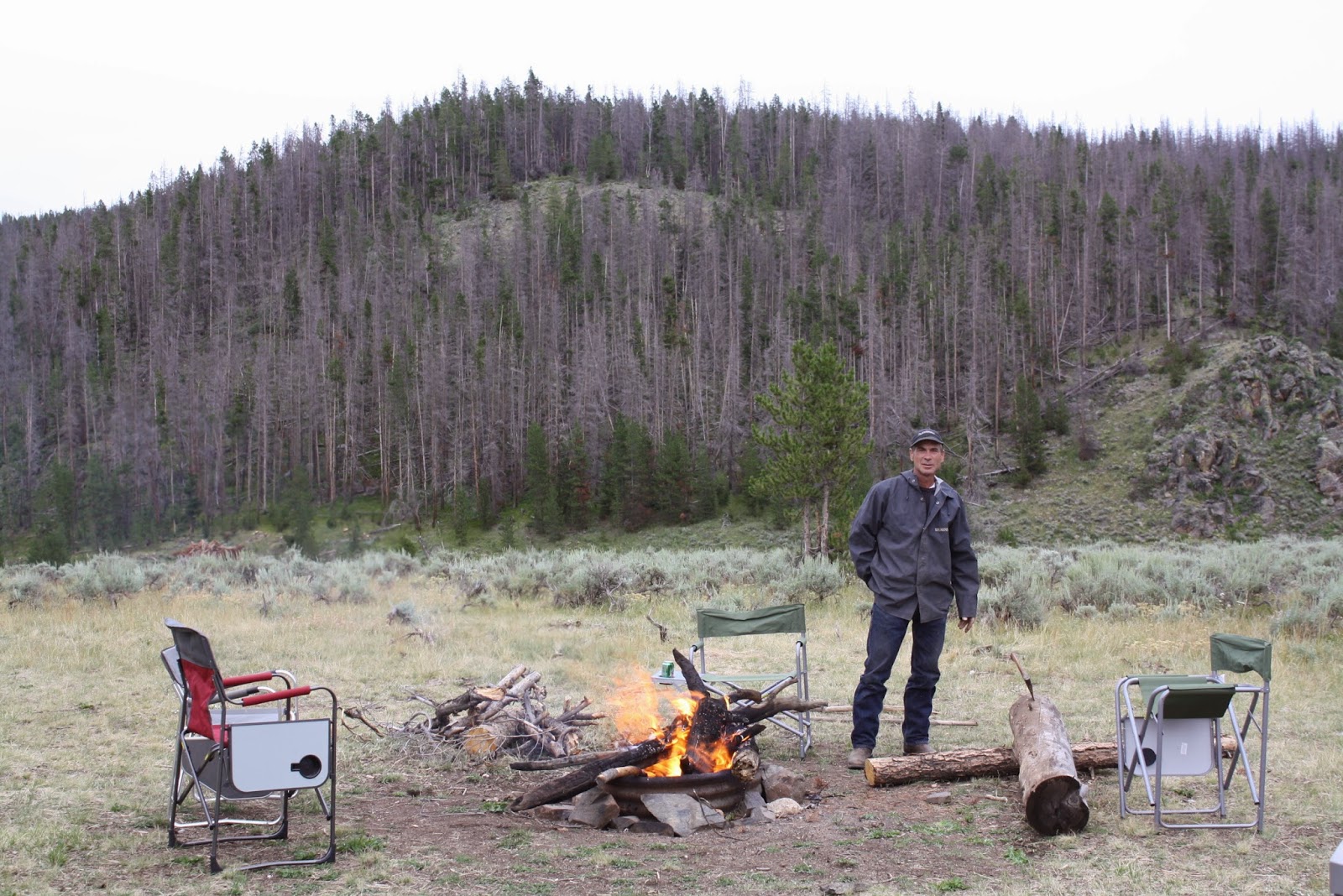 Secondly, John admitted that if we were still driving ol' Hi-Ho Silver, it probably would not have made it up that hill.  I have to tell you that of all the horse things I have bought over the years, I think I've finally got it right with this truck and trailer.  He really seems to take a liking to both.