Wyoming in July - In Conclusion 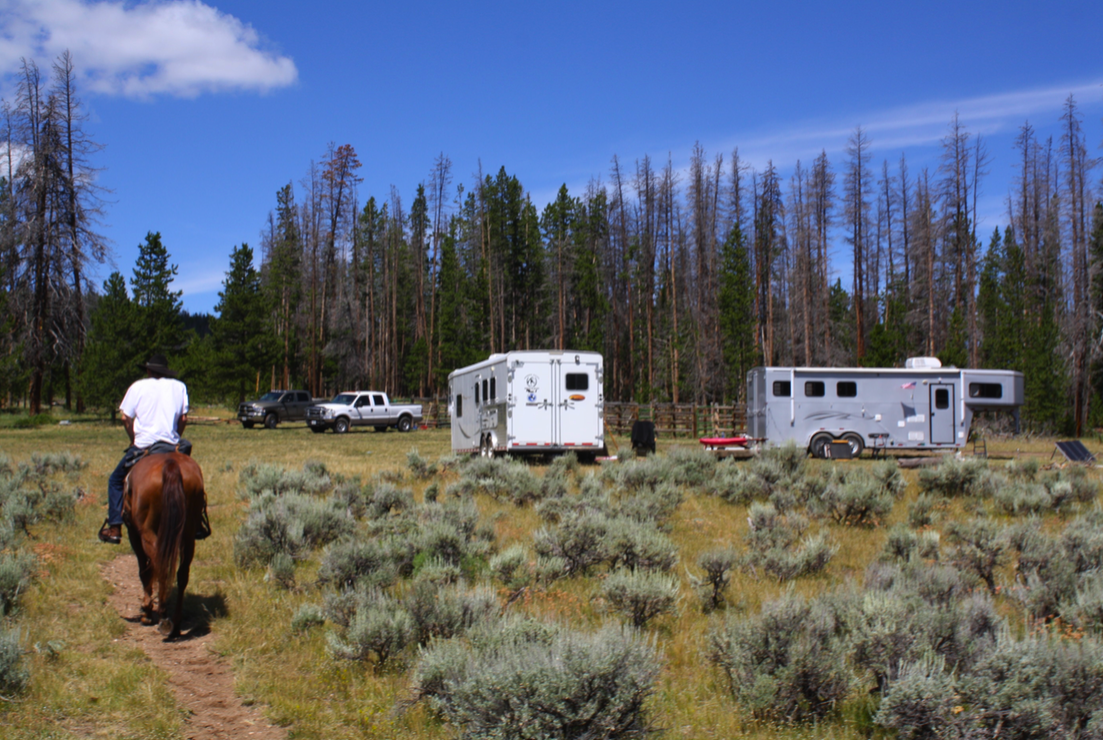 The horse camp was empty when we pulled in on Wednesday.  We picked the best spot and the best corrals and enjoyed the peace and quiet and having the place all to ourselves.  A little later in the day, we heard the familiar hum of a diesel engine coming up the hill; before long, we had neighbors.


We've camped enough to know that sometimes you luck out and have great camping neighbors and sometimes it is miserable.  We had enjoyed keeping our dogs of the leash and now with neighbors, it might not be possible.  The piece and quiet has been awesome and perhaps these new folks like to party all night.  You just never know. 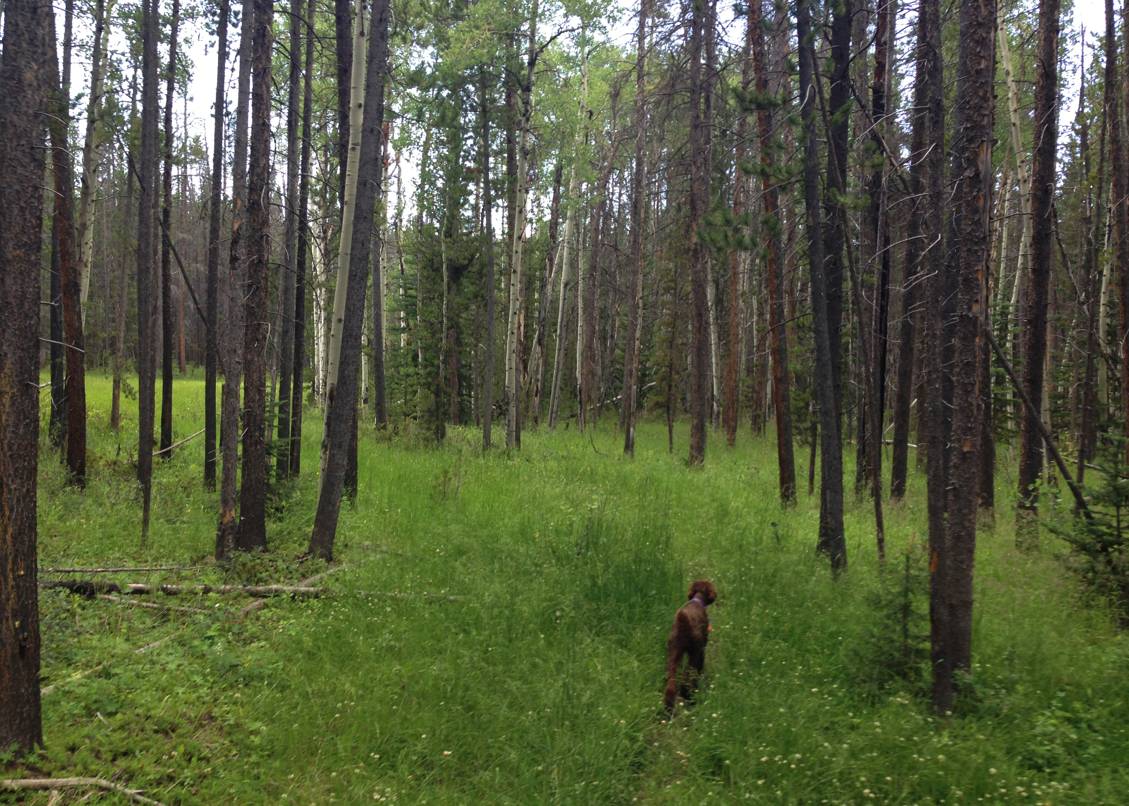 We watched as they unloaded three horses and started to set up camp.  They found a spot a good distance from us and when our dogs met; they weren't concerned, nor were we.  We started with casual conversation, learning their names were Kay and Duane, and got some tips on where to ride.  As far as camping neighbors were concerned, it looked like these folks might just be okay. 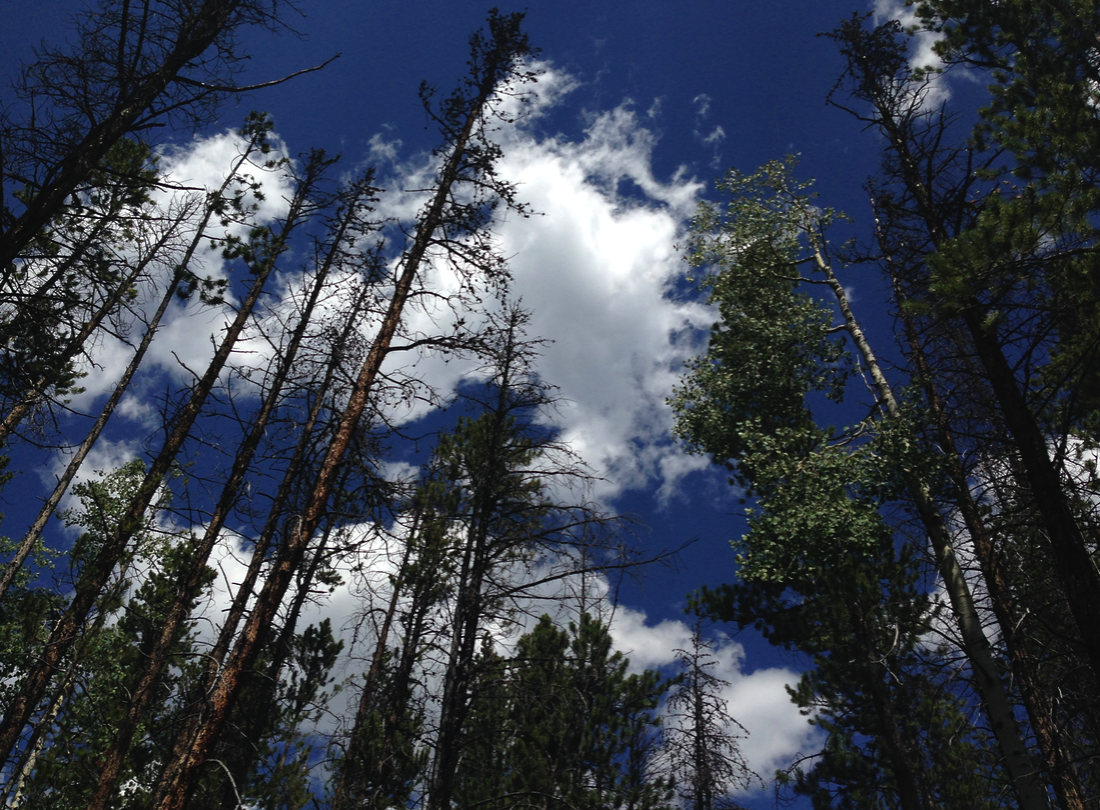 Duane's son and grandchildren arrived next and Kay's husband would arrive later.  Watching Duane's granddaughters with the horses, I mentioned to Kay that my boys could ride, but it wasn't there passion and she agreed you have to let the kids find their thing in life.  She went on to tell me that her son was a pilot in the Army and was killed in Afghanistan this past January.  Immediately my heart ached for her.  As a mother, it is unimaginable and as a mother of a serviceman, it is our worst fear.  We spoke later on and agreed to exchange contact information and ride together if we are in the area again. 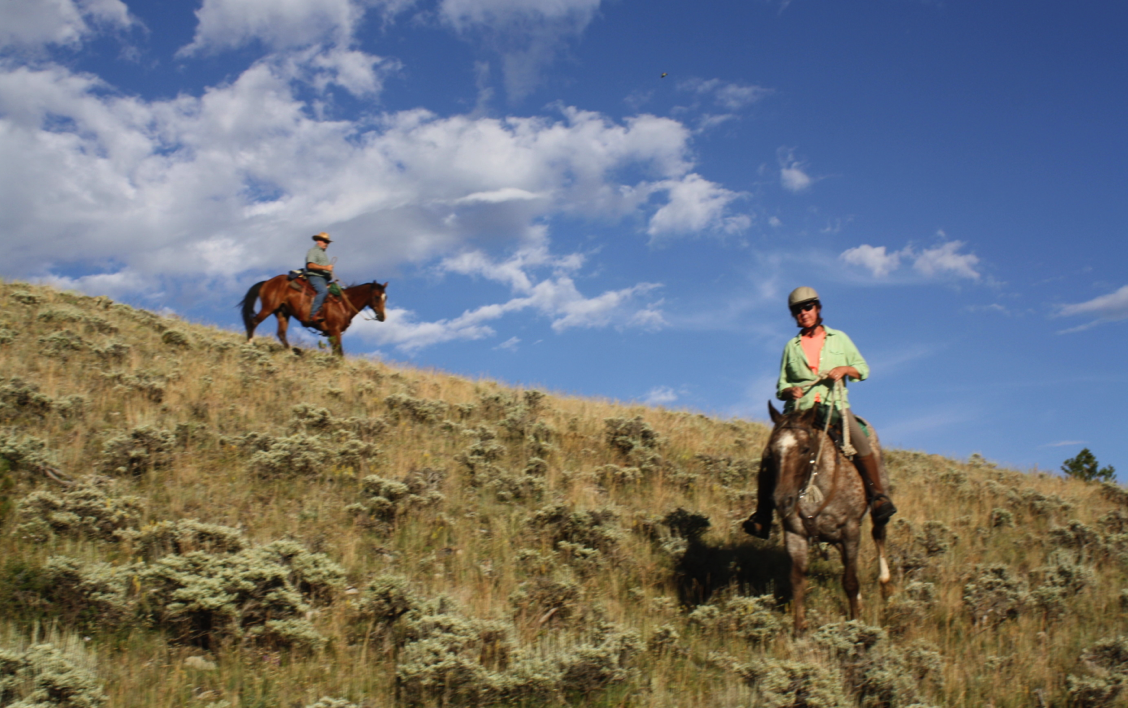 Duane is not only a horseman but elk hunts in this area.  He gave us some great information on the trails and was spot on with his direction.  Hans Creek, the Enchanted Forested, the swimming hole to name a few.  I meant to ask him if those were his names for the areas of the real names.


The trails have been real diverse as his names imply.  Not only in landscape and terrain, but in level of difficulty.  There were some places that tested my fear of heights.  I found taking pictures helped my anxiety but then I would think WTH am I doing?  All my moving around with pictures is probably not helping Windy.  But she was a rock star for the most part.  I wouldn't have trusted any other horse like I trusted her this week.

Tonight we took a shorter loop that Duane had mentioned and like his previous directions, he was spot on.  We would "cross a creek when the trail ended and hit a cow path and follow it until we cross again and loop back through the trees".  Then we got to one place on the trails that stopped me in our tracks.  Windy and I were leading and the cow path disappeared into a lot of rock and shale with no real path. It was a severe downhill grade.  As I looked at it and consulted with Jules, who was behind me, Windy was most anxious to keep moving.  God, love her for her courage, but I was lacking it at this moment. There was a trail down but it was almost straight down and I didn't see anything we could connect with once we got there and wasn't sure how easy it was to get back up. 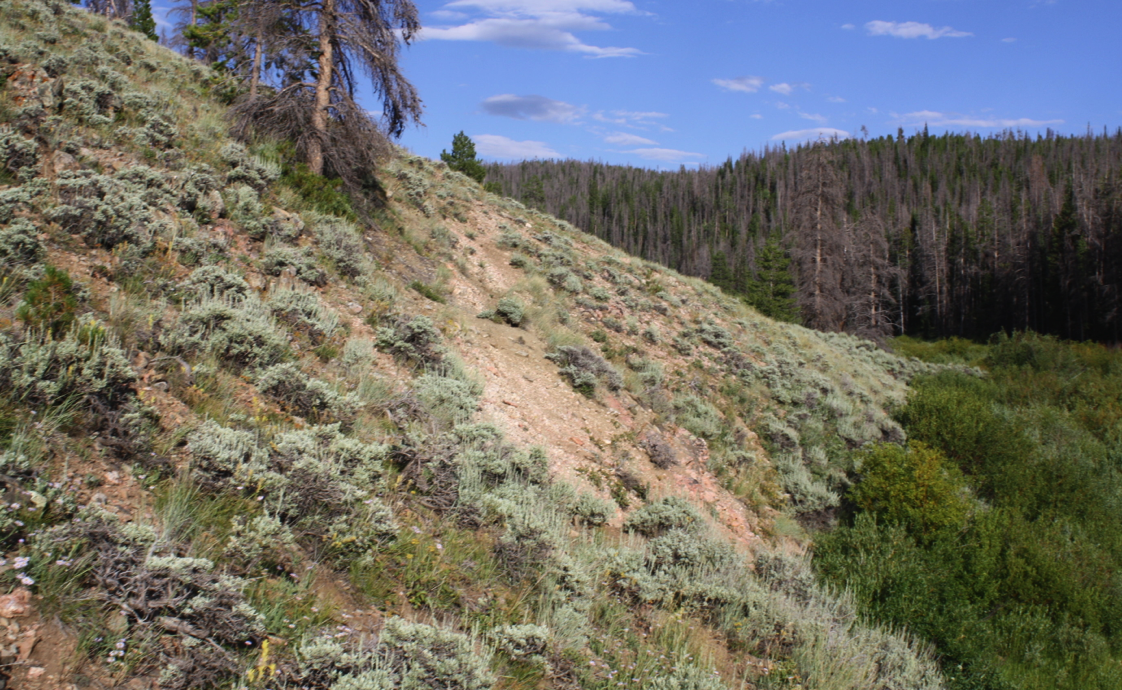 John and Steve were behind Jules and could see my concern.  They asked if we could go up and that was not a possibility.  Windy grew more agitated and about the time I said "let's turn around", Windy had already done so.  It looks so benign in this picture but like John said - even if the first horse could make it, who knows what  could give way for the next horse.  We didn't have a chance to talk to Duane tonight but want to ask him "how the heck?" tomorrow morning. 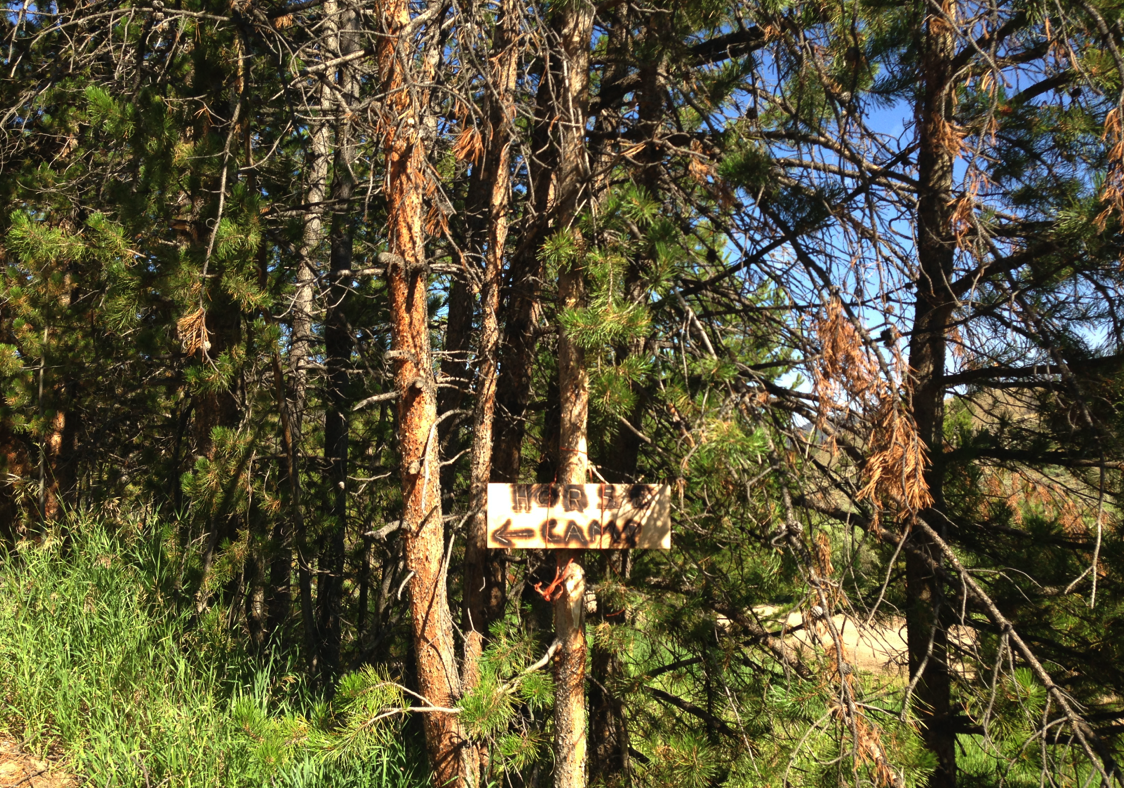 It's been a great trip for John and me with great friends, old and  new.  Since we had a little problem finding the camp to begin with, we left a little gift behind for the next riders looking for the campground. 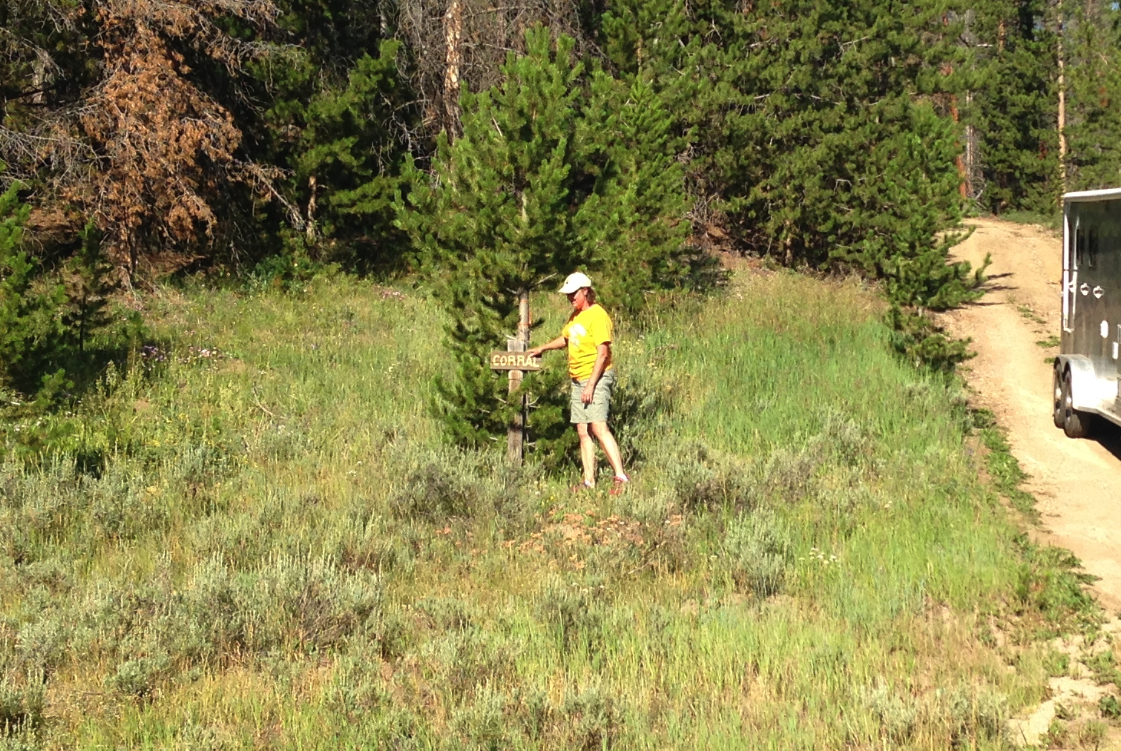 I have to say we were embarrassed when we saw there really was a sign.  And to think we were looking for an RV? 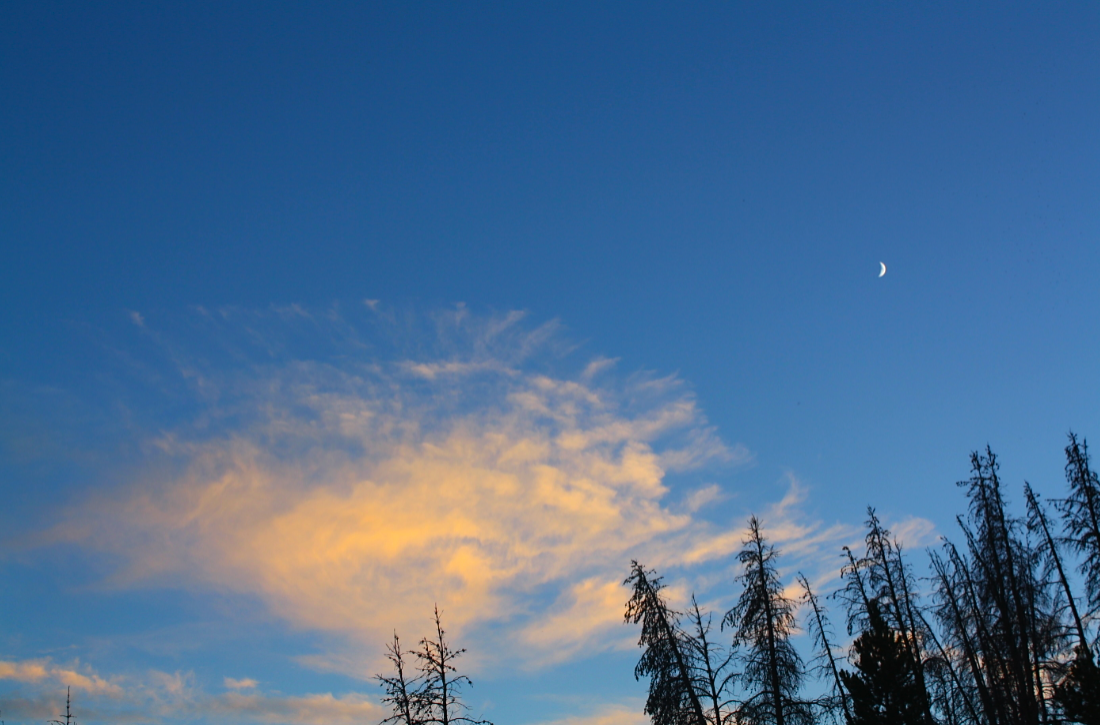 So long, Wyoming, until next year.