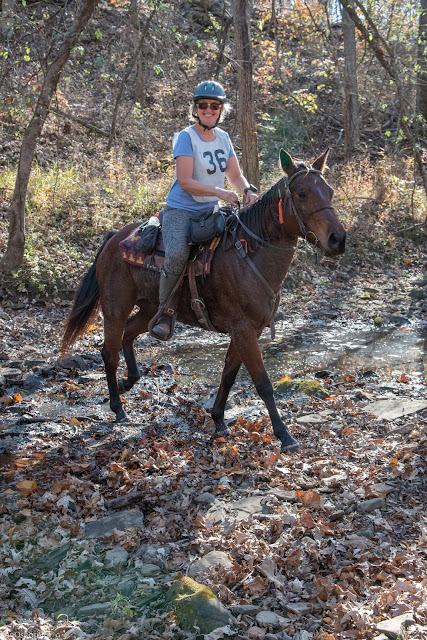 Last week at this time, we were en route to southeastern Kansas for the last Competitive Trail Ride of this year which was the first CTR of 2016.  (It is not as confusing as it sounds, really.)  We had a really successful 2015 season and I will no longer be riding novice in 2016, so I decided since Windy was in great shape and I -- well, I have been riding all year -- that I may as well give the Open class a try just to see if Windy (and I) can handle the speed and the miles.  So I donned the blue vest registered with the "big dogs",  as my friend Mary put it. 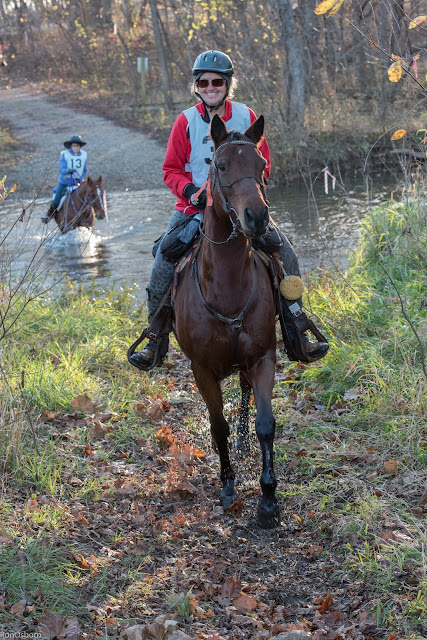 The map showed we would ride 26 miles at an average speed of 5 mph.  While Windy has an awesome walk when she wants to, I figured we would be trotting most of the time.  I was unfamiliar with Big Hill Lake; management said there would be some rock so move out when you can.  Nebraska rider and open veteran, Robin, agreed to be my riding partner.

The trails were lovely.  We started out going through a deep water crossing and then trotted into the forest with glimpses of the lake through the fallen leaves.  It was a beautiful ride and Windy and I were hanging with it.  We did miss a turn once which kind of scared me as you don’t pad as much time as you do when riding open. 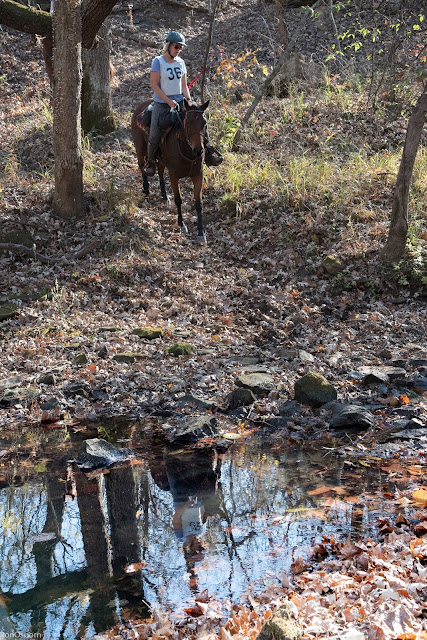 The obstacles were a bit advanced but we should have showed better than we did; I kind of forgot all the things we have been practicing such slowing it down and taking one step at a time.  Rider error on my part.  I was pretty pleased with her pulse and respirations and metabolic checks.  The temperatures that first day was close to 70 degrees and Windy was in her full winter coat.  She lost a couple points on respirations and one on hydration but overall, I thought she handled the ride well.  She came in sound and with a clean back, which is something I always thrive for.

We didn’t place and I didn’t expect we would.  I know now that she is an open horse and with some tweaking, I have something to look forward to.  Since we have just started to gel on the obstacles, I am going to move up to Competitive Pleasure for 2016.  It will run the same miles and speed as novice, but will provide advanced obstacles.  The competition is as tough as the Open class but it will set a good bar for us.  I am already looking forward to next year.

Today, we put the trailer in the shed as the wind picked up and started pelleting some sleet which turned quickly to snow.  I’ll slip on my coveralls in a little bit and go feed the horses in the barn, hoping for a hot flash about the time I leave the house.  Thinking of it reminded me of this meme I saw on Facebook recently.  Very fitting. 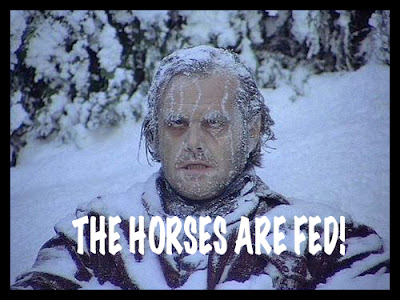