Lake Solitude is the must see of the Big Horn ride.  We saw it twice - once from the shores and once from the mountain above.  How can I describe it?  It is everything you see in the pictures and more!  You feel like you are in a movie scene and this backdrop just can't be real.  But it is!  It looks like a swimming pool at the resorts where the water rests on the edge.  It is clear and blue - even on a cloudy day. 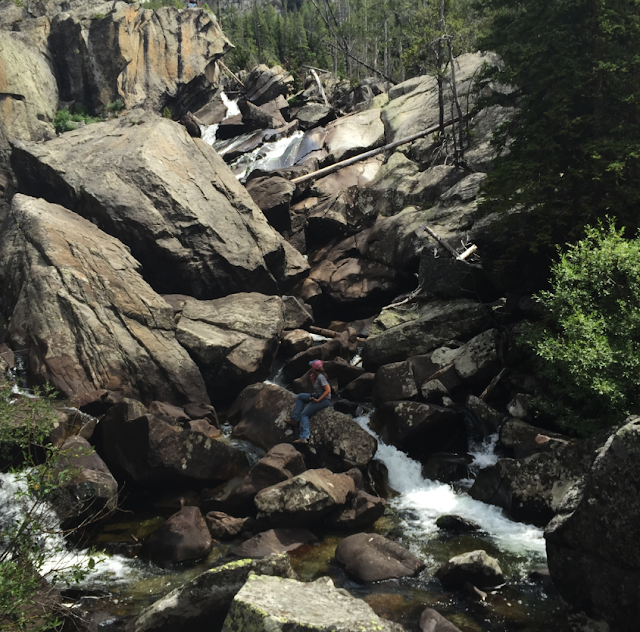 It was a day of waterfalls.  There were two that we visited along the way to Solitude and two at Solitude.  Looking at our tracks, we took our time and enjoyed the scenery.  The first water fall we stopped at we had to hike in quite a ways.  The water was running fast and loud.  A great place to sit and take pictures and just explore. 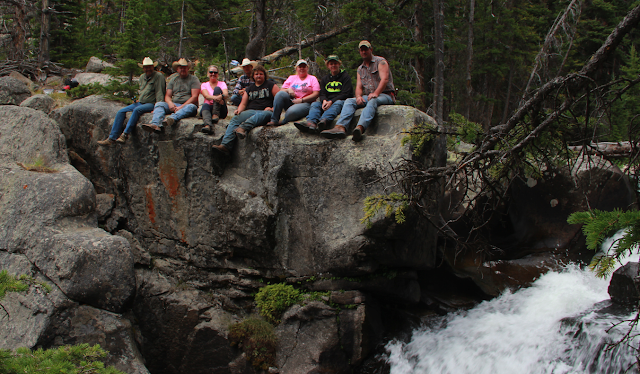 We had lunch at the second waterfall and some of the guys in our party did more hiking and climbing.  I sat on the rock and took pictures.  I couldn't imagine finding this on my own and so glad our friend, Mike, was our tour guide. 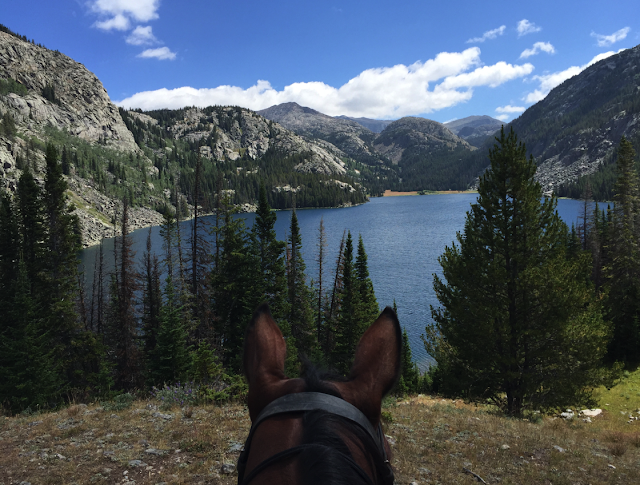 When we reached solitude, it was just like a movie.  We popped out of the trees and there it was.  Looking at Windy's ears in this picture, I think she was in awe, too.  We spent a lot of time at this spot taking pictures and just staring at the beauty.


We took the trail to the right of where the original picture was taken.  It took us through the trees and then eventually along this "cement" trail.  It was like nothing I have ever rode before. 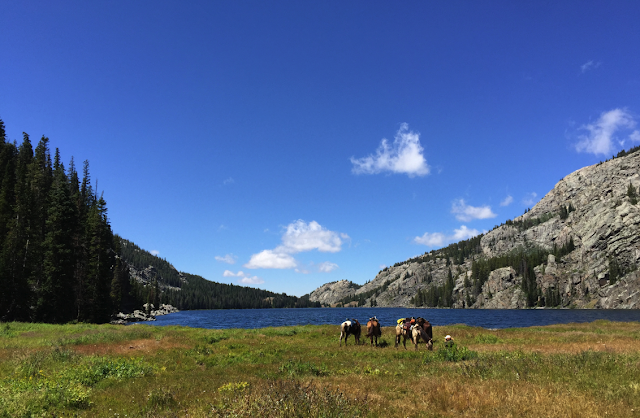 On the other end of of Lake Solitude, we took a break and let the horses graze.  It was just a pretty from this end as it was from the one we had just visited.  I think I could have spent the day just gazing at the water, the sky and the mountains. 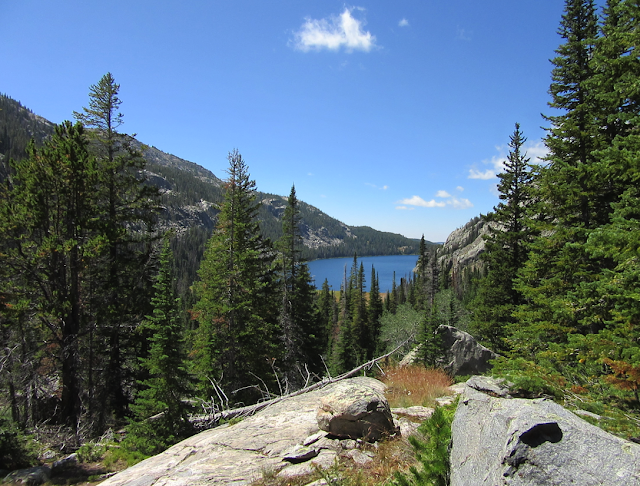 We had more places to go!  We followed the trail to the other side of the lake and beyond.  We climbed slightly higher, with the lake behind us and came upon the waterfall.  You will see it at about 30 seconds into this video.  Are we in Heaven or what? 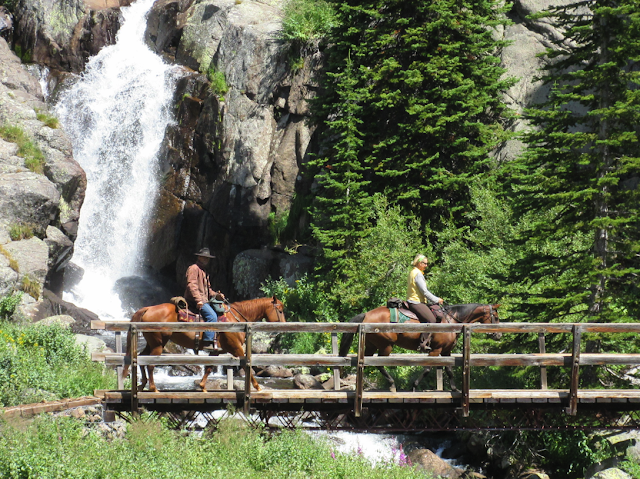 After the waterfall, we followed the trail up into the mountains.  There was one stretch of trail that was pretty narrow and it was hard to look down.  I thought I had my GoPro going but I didn't and wasn't about to take my hands off my reins to take pictures!  I am afraid of heights but it was not enough that it would have made me stop going along that route.  It was so beautiful.

I will share photos from the rest of that loop and tracks at the end of this post.  We rode just shy of 20 miles on this day. 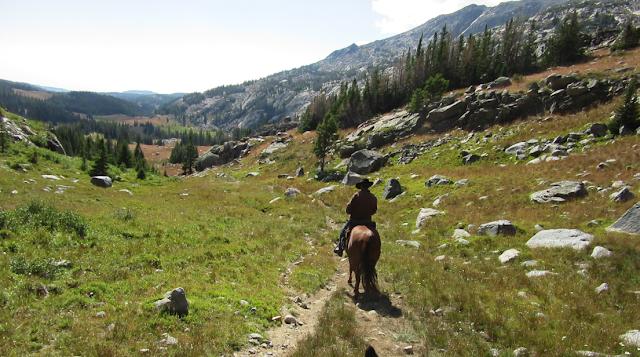 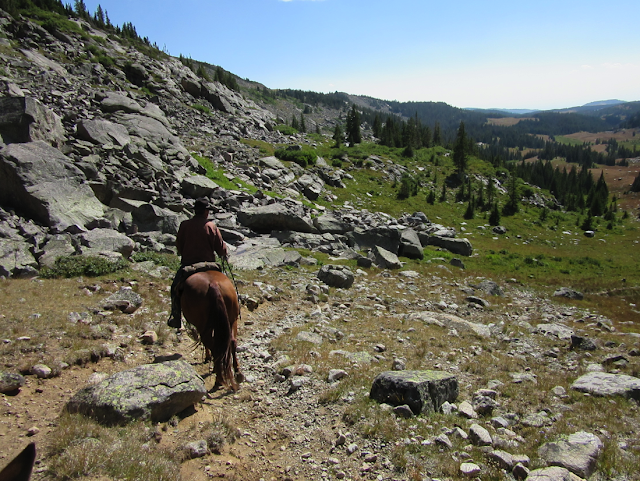 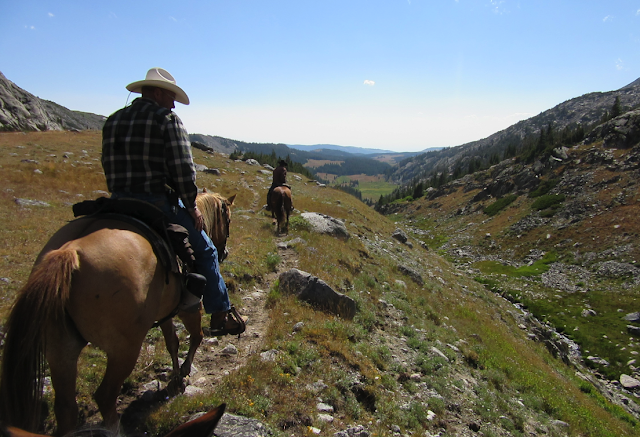 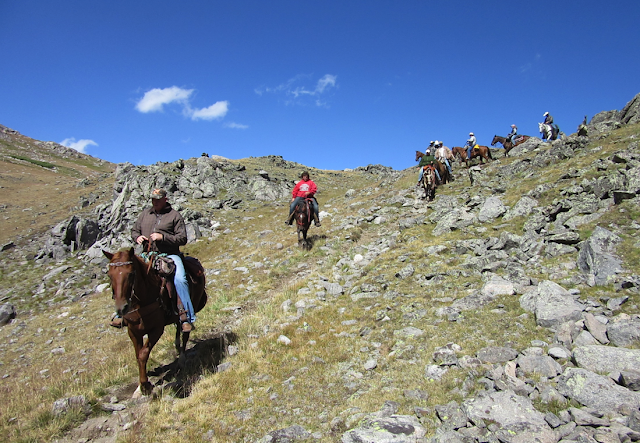 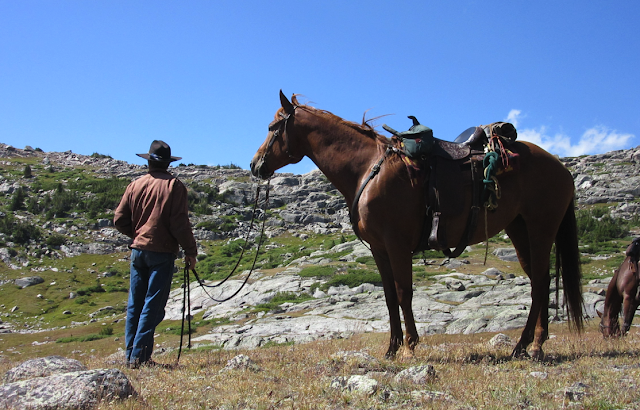 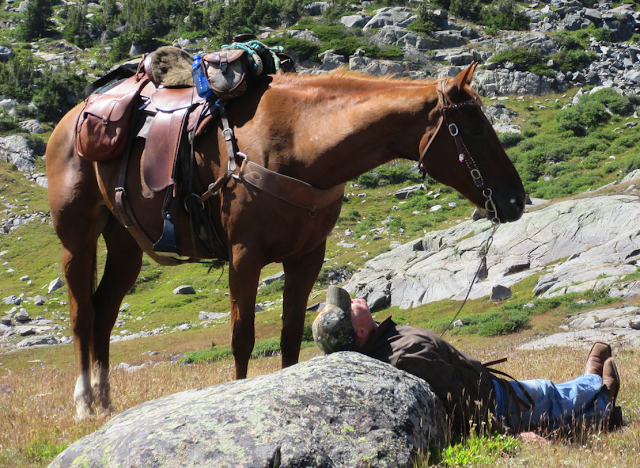 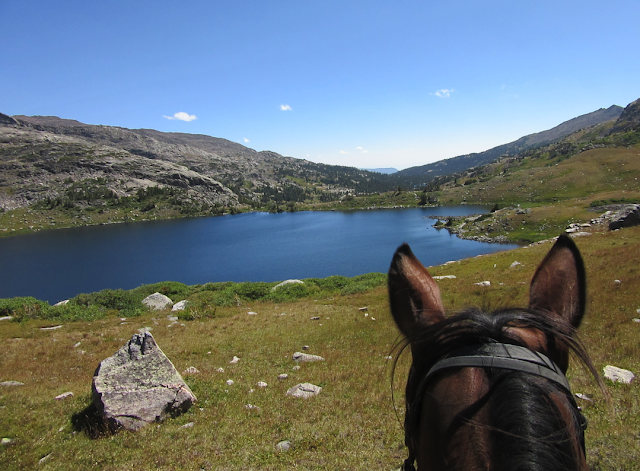 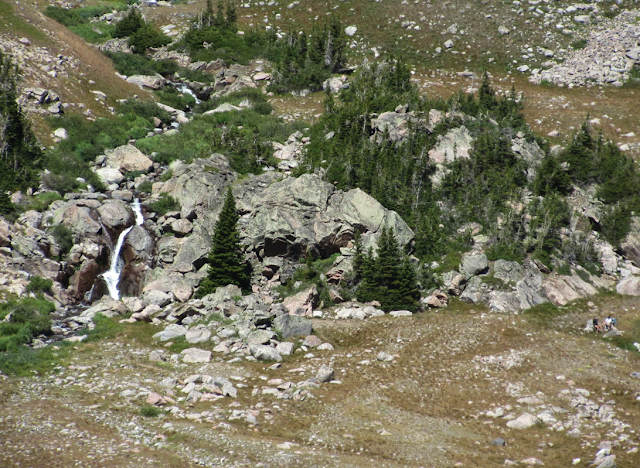 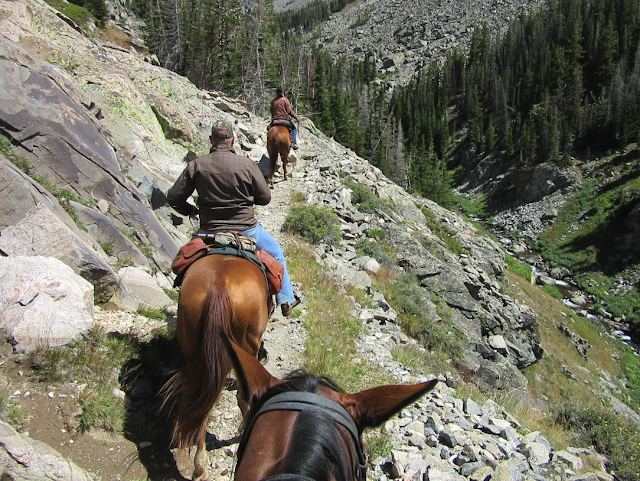 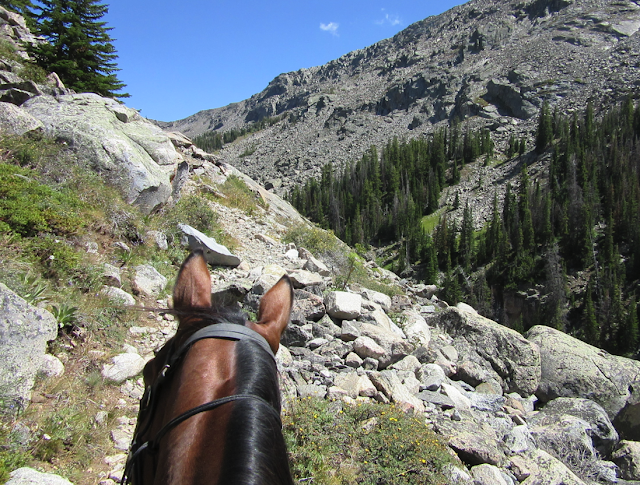 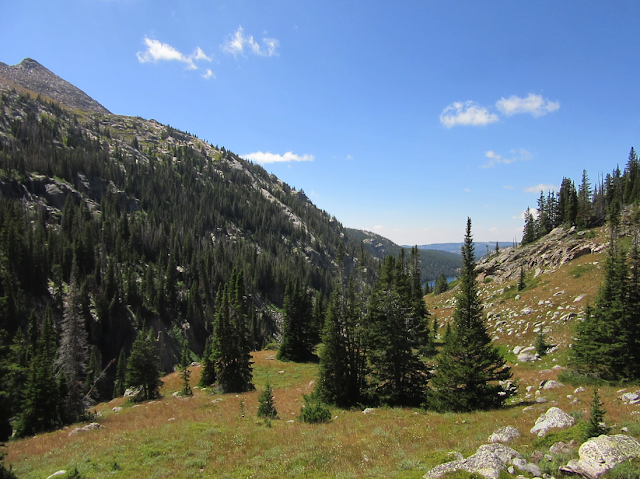 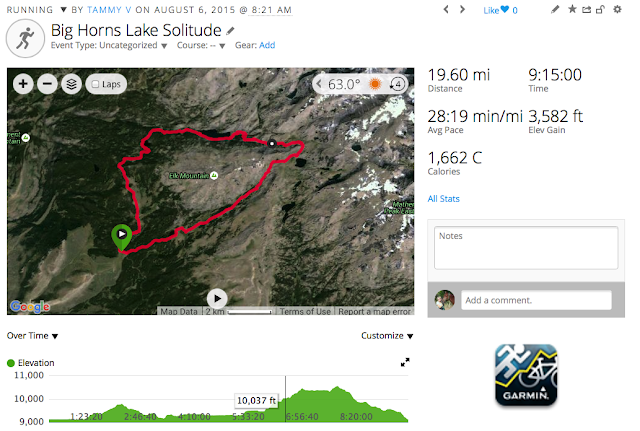 Tracks from that day can be found on Garmin Connect https://connect.garmin.com/modern/activity/859347939