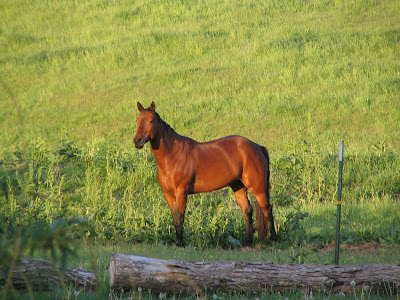 Windy was born May 26, 2002. Her dam was John’s grade mare, Ginger and her sire was my friend's Pitzer bred stud, Watch Creek Starr. I was so new into horses that I didn’t realize this wasn’t the smart thing to do – to breed a grade mare that could never have a foal registered. I was just excited to have a foal from our good mare!


Windy was named appropriately, as she hit the ground on a very windy day! I recall looking out to the corral, not expecting her for a few weeks, and seeing a cute, bay foal barely standing in the wind; born among the herd. Unlike the other foals born here that year, she was friendly from the get-go and easy to handle. I do, however, recall she left a pretty hoof mark bruise on my thigh one day when she was in play and I didn’t dodge her fast enough! 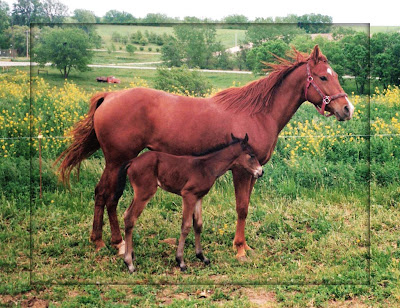 This was in the day when we had “too many horses.” And we did. I was trying to calm an irritated husband by downsizing, when a friend of a friend offered to buy Windy. It was after the first of the year, I recall, so I guess she was a yearling, but not yet weaned. We met the new owner & rode for a bit, Windy trailing behind Ginger. When it was time to leave, Ginger was loaded in our trailer & Windy in another; being sent to her new home. My heart was broken; I hated to even look in Ginger’s eyes.


I never saw Windy again until the fall of her two-year-old year. I was in awe of how beautifully she had grown up; even thought about offering to trade Gunner for her, my colt by the same sire who was the same age. My heart still ached. At this time, the kids were riding Blue and Mikey. I’d sold Maxi, I’d sold Purdy, I’d sold Bo, and Gunner wasn’t broke. The old mare, Daisy, was just that -- too old. I was in need of a horse. But I wanted a trained horse. An easy horse. Windy had barely been started! And she wasn't for sale that I knew of. It wasn't long after when a friend offered to sell me her appaloosa gelding they weren't using anymore. Jo was trained and of a good age. He seemed to be what I was looking for and came to live with us. 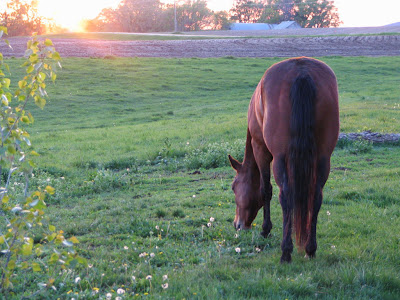 I think choosing a horse is like choosing a friend or a husband. You have to mesh with the horse; have to want to be with the horse. You have to feel a bond. I’m not sure how that bond comes about – but you know when it’s there and you know when it not. No matter how hard I tried, I did not have that bond with Jo. It felt too much like an arranged marriage. When another friend was looking to lease a horse that rides and drives, I offered Jo to her.

It was an emotional day when she came to get Jo and it had nothing to do with him. I remember standing at the barn on crutches, my foot in a cast from an accident the previous weekend. My heart was once again broken as we had just lost Gunner in a pasture accident a few days prior. I assured my friend the loss of Gunner didn’t change the lease agreement. I told her I was still "looking for my dream horse” and Jo wasn’t it. I didn’t know then how close I was to finding her. 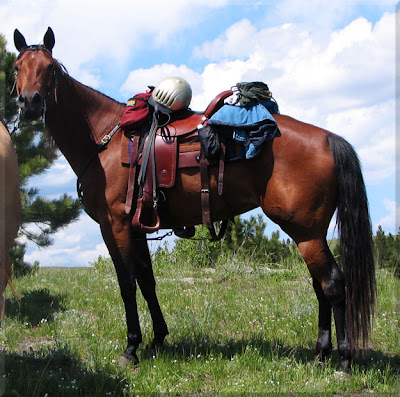 A few weeks later I saw Windy on the trails. Although in the same group of friends, she was owned by someone else. I watched her. I sat on her. I took pictures of her next to Ginger. I wanted her back. And it wasn't long before I got the phone call that she was for sale and I was given the first opportunity to buy her back. I had to have her back.

She originally came back to us as “John’s horse” – a “wifely manipulation” to hasten the sale, but in my heart of hearts, she was mine. Years ago, John had given me the title to his MG convertible as a birthday present. A few weeks after Windy was safely in my pasture, I offered John the car title back in exchange for Windy. He easily agreed. It wouldn’t have been necessary -- he knew... And now I knew MY horse would never be sold again. 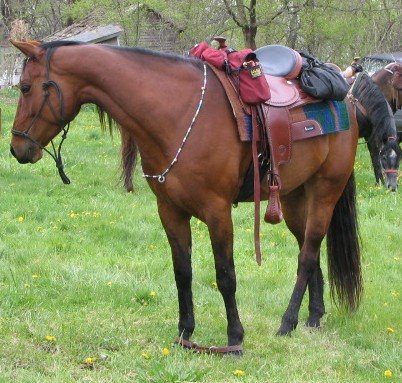 As that summer progressed, my cast was off my ankle and I was riding again. Windy wasn’t an easy horse. I’d never had a mare as my primary horse before & she brought along a little attitude that was unlike any horse I rode before. Not scary, really. She was sassy, a bit uppity, but also showed me a lot of warmth. The old saying “you have to discuss it with a mare” was evident. There were a lot of “discussions” and challenges. But I was eager to trudge on. Actually, I decided my horse buying days were over and money would be spent making her the horse I wanted. I engaged in the help of a trainer to bring her to another level. Riding lessons helped me get there as well. Together, we progressed.


This is our 4th year on the trail together. As in any relationship, we’ve had what seemed like hours of frustration and moments of elation! She can be lazy and moody one minute and then show spirit and courage the next. She can be high maintenance and a bit of a princess. I’ve loved her and hated her at the same time. I have forgiven her things that I wouldn't have a better or lesser horse. I have given her an education as she has given me. I have hugged her neck in excitement and wiped tears in that same mane. And we have shared more time together and traveled more trails together than any other horse I have ever owned. We have come together as a team and share trust and respect. I finally found my dream horse, my friend. And she was mine from the start. 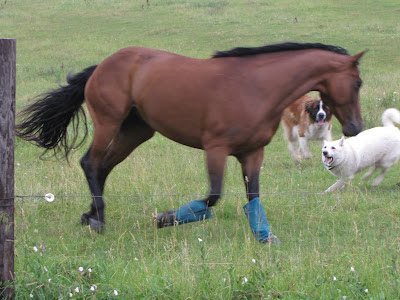 Wow.  Its been eight years on the trail with Windy.  So much has happened - most of it good.  We continue to grow as a team and get better and better each year.  We have competed in three Competitive Trail Rides and she has placed in two of them.  We competed in a couple of open shows.... ah, not so good.  We have went on week long trips in several different states but most of our miles are put on riding solo down our gravel roads. 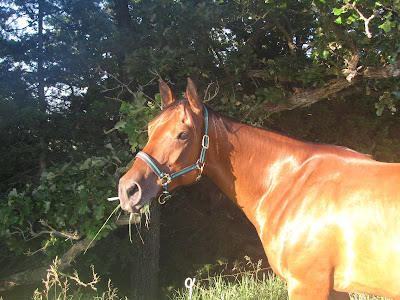 Windy has leveled out at a solid 15.1 hh (on her tippy toes) and although still slim built, she has filled out beautifully.  She is truly show quality and turns heads.


She is my heart horse. 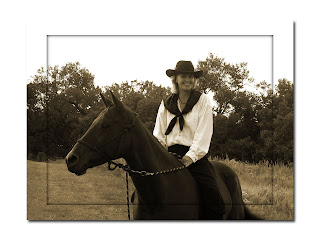